Alpine is edging closer to marking its 2017 return to the sports car market with another Vision Concept that is 80 per cent production ready.

The revived sporting division of Renault will next year take on the Lotus Exige, Alfa Romeo 4C and Porsche Cayman with a sleek-looking two-seat mid-engined coupe that is claimed to run 0-100km/h in less than 4.5 seconds.

Alpine has confirmed a turbocharged four-cylinder engine will power the vehicle, but further specifications are missing. 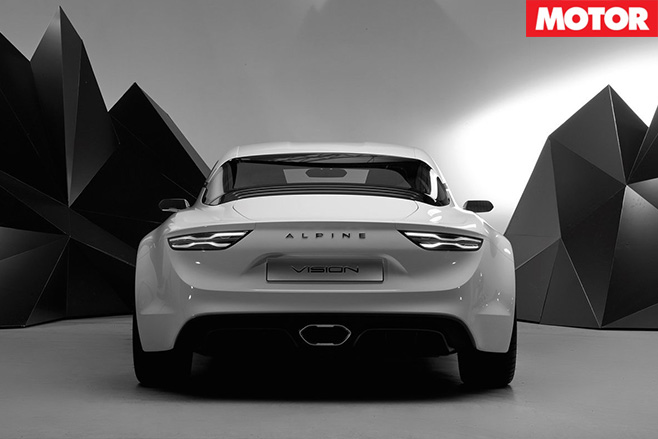 The Clio RS’s 1.6-litre unit or an entirely new engine being readied for the next Megane RS could power this third show car, which follows the 2012 Alpine A110-50 concept and the 2015 Alpine Celebration Concept.

Alpine states that “weight-saving and agility are valued over pure power” and that the production car development would not have been possible without “the knowledge of Renault Sport’s ‘technical wizards’”.

The show car features two pedals and paddleshifters, further hinting at the utilisation of a dual-clutch automatic transmission, while the cabin’s centre tunnel uses a ‘floating’ style that would not permit a manual lever sprouting from it. Alpine’s CEO Bernard Ollivier is on-record saying he forecasts the manual transmission would be dead in five or 10 years. 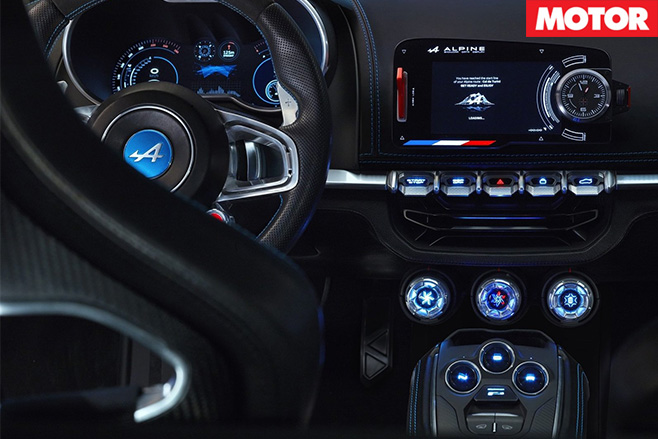 Ollivier has also said Alpine’s first production car revival would sit “somewhere between a Porsche Cayman and an Alfa 4C”. “Porsche Cayman … it is of course a very good car, but it’s very premium especially for the interior design, it’s very easy to be used daily,” Ollivier told Australian media at the 2014 Paris motor show.

“4C is very, very frugal, very simple … and it’s not very practical for the daily use. “Alpine will be premium, with a French touch, very free and very simple, for France, not for Germany.” 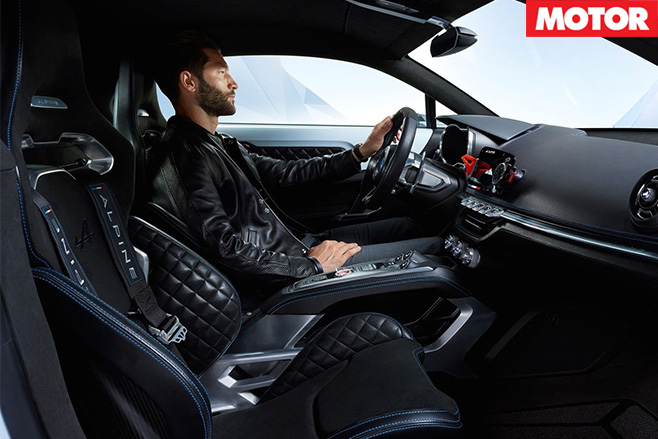 The interior aims to blend “modernism and heritage” with a usage of quilted leather, aluminium, carbon and a customisable TFT screen that certainly looks to be a major step above the Alfa Romeo and even the Porsche.

Alpine will unveil its full production version, “before the end of 2016, prior to taking on the challenging premium sports car market in 2017.” It’s a market that Alpine forecasts will grow 50 per cent globally by 2020. 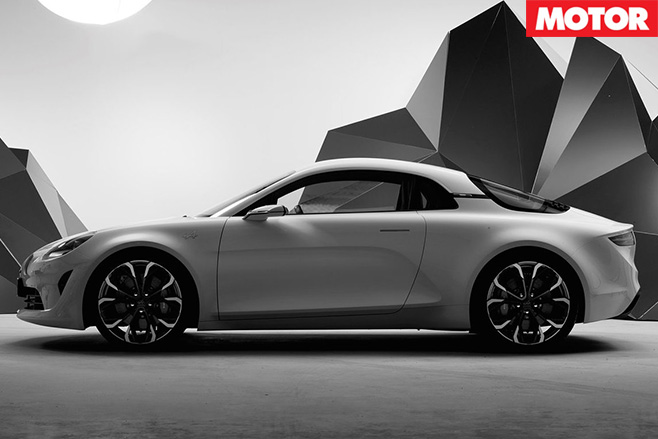 Renault Australia managing director Justin Hocevar has previously confirmed the production Alpine will be produced in right-hand drive and will make it Down Under priced somewhere north of $60,000 and south of $90,000. However, as an update, it is still not signed off for our market.

“In terms of Australia we’ve expressed a strong interest for Alpine, we’ve had a very positive response to that business case but it’s not 100 per cent signed off and without the vehicle signed off it’s hard to commit to exact timing,” Renault Australia corporate communications manager Emily Fadeyev told MOTOR.