MERCEDES-AMG has shown a life-size model of the drivetrain destined for Project One – the brand’s Formula 1-powered hypercar that’s set for a debut at September's Frankfurt motor show.

The mind-bending mock-up of Project One in its underwear was shown to media as part AMG's 50th anniversary celebrations taking place at the Nurburging 24 Hour race.

It sheds light on secrets surrounding the technical specification of the 275 road-legal two-seater vehicles that will be sold for at least $A3 million (€2milion) each. 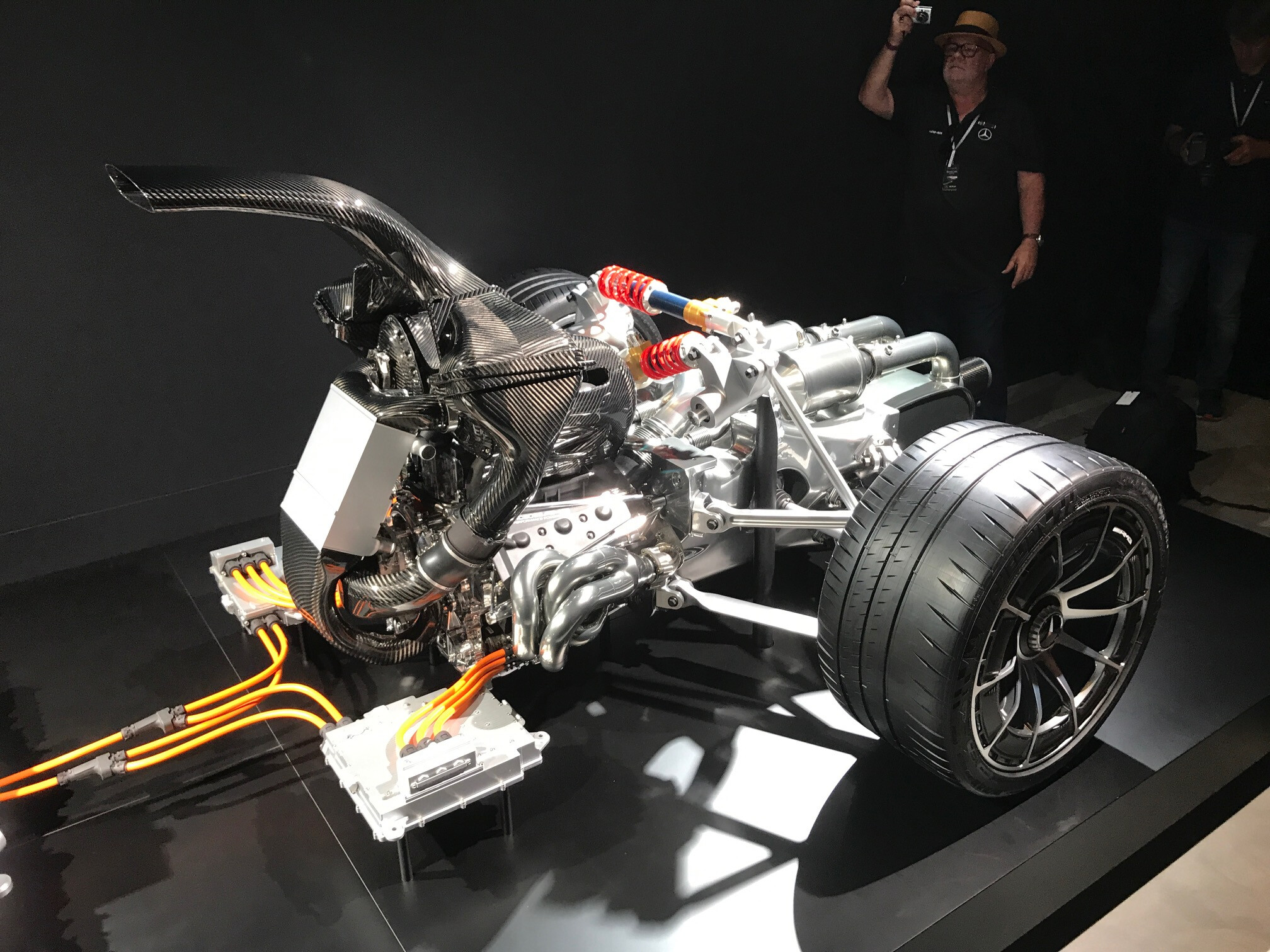 The centrepiece is a 1.6-litre turbocharged V6 that’s near identical to the engines found in the world championship winning AMG-Petronas Formula 1 cars, with modifications made only to allow owners to use them without backup from a race team. 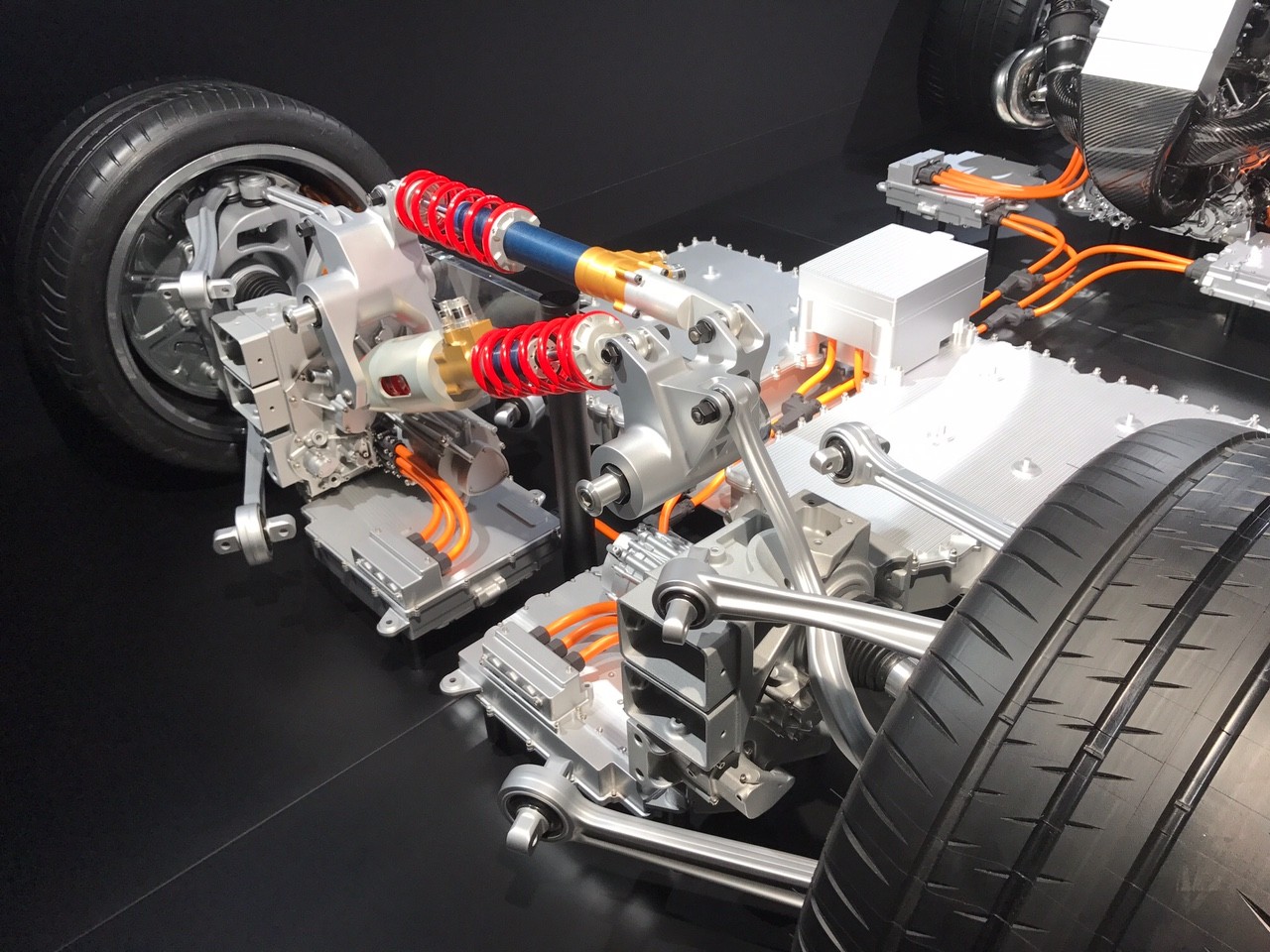 A ‘Qualifying’ drive mode will mimic the most aggressive settings of the Formula 1 car for maximum track performance and control variable ride height, active aero and drivetrain response.

An eight-speed single-clutch gearbox is expected, plus all-wheel drive using two 120kW electric motors to drive the front wheels independently for emission-free all-electric range of up to 25km.

AMG boss Tobias Moers says the car would have “faster response than a naturally aspirated V8”.

Tyres have been developed specifically to cope with the downforce Project One will generate. The replica’s centrelock wheels wear Michelin Pilot Sport Cup 2s in staggered sizing of 335/30R20 rear and 285/35R19 front.

Total weight of the powertrain is 420kg, including 100kg of batteries that will power the electric motors. The batteries will use cells identical to those in the W08 though the overall capacity will be significantly more than found in the F1 car.

Information about specific outputs, overall weights and lap times are strictly off the table at this point, though it’s clear the brand wants Project One to reset the hypercar benchmark.

AMG has been drip-feeding information about Project One since its announcement at the Paris motor show in 2016.

Development challenges yet to be overcome include noise, vibration and harshness minimisation.

Customers lucky enough to get a build allocation will need to wait until 2019 for delivery. At least nine orders are currently held by Mercedes-Benz Australia, with a further seven expressions of interest. Local pricing remains unconfirmed.