APPLE has announced it will roll out a new feature to iPhones that can lock users out of the device while they are driving.

The computing and software giant revealed overnight that as part of its iOS 11 update, due later this year, it would add a feature called “Do Not Disturb” that could recognise if the phone was being used by the driver, and turn off functions “to help users stay more focused on the road”.

“iOS 11 introduces a new way to help drivers stay more focused on the road with Do Not Disturb while driving,” Apple said.

“iPhone can detect when you may be driving and automatically silence notifications to keep the screen dark.

“Users have the option of sending an auto reply to contacts listed in Favorites to let them know they are driving and cannot respond until they arrive at their destination.” 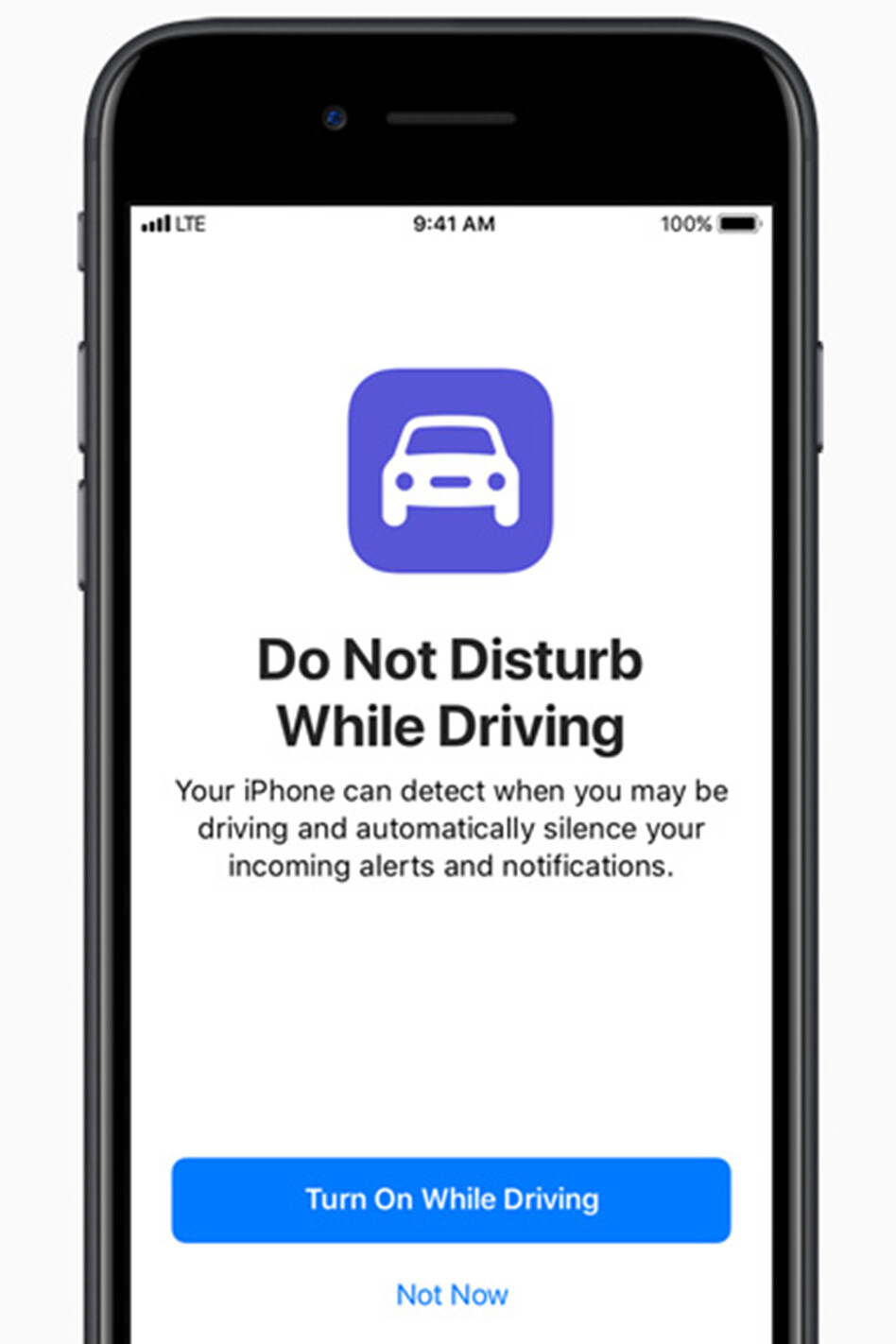 Apple’s inclusion of a driving mode for the iPhone comes after a class action was launched in the US claiming the company had sat on rolling out a version of the software for several years.

In the meantime, the lawsuit alleges, Apple has allowed an epidemic of distracted driving on US roads.

“Apple has the ability to outfit its iPhones with a lock-out device that would disable the smartphone while being used by motorists,” documents filed in the California Superior Court say.

“In fact, it has had this technology since 2008, and was granted a patent on it by the US Patent and Trademark Office in 2014.

“Yet, fearful that such a device would cause it to lose valuable market share, Apple refuses to employ the technology, choosing instead to allow the massive carnage to occur,” it says.

The class action was filed after a Californian man was injured after he was rear-ended by “a distracted driver using her iPhone at the time of the accident”.

The lawsuit calls for a ban on the sale of all Apple iPhones in the state until the smartphone’s maker adds a lock-out device that blocks use while in a car.

It is not known if the software will be rolled out here. Apple Australia was contacted for comment.

Android devices that compete directly with Apple’s iPhone have had access to apps that will lock out drivers for more than four years.

In Australia, driver distraction, including mobile phone use, is responsible for one in four car crashes, the Centre for Accident Research and Road Safety - Queensland says.

CARRS-Q says young drivers aged 18-25 were twice as likely to make a phone call, and four times as likely to text. Some even admitted to taking a selfie and uploading it to Facebook while driving.

A NSW survey found seven out of every 10 drivers admitted to reading emails while driving, while one in four had updated their Facebook status.

The survey data is in stark contrasts to claims made by the Australian Mobile Telecommunications Association, a lobby group for telecommunications companies and smartphone makers. It claims research indicates using mobile phones while driving “contributes to only around 0.1 per cent of all crashes and they are more likely to be a minor, rear-end collisions”.

“Also, due to the major road safety initiatives in Australia – such as laws to enforce seatbelt wearing, random breath testing and 50km speed limits in residential areas – road fatalities have continued to decline despite the rapid increase in mobile phone ownership over the last 20 years.”

However, the road toll statistics don’t support that. More than 1290 people died on Australian roads last year; the second year running where the toll has risen and in stark contrast to a decline in the number of deaths on our roads since 1970.

Australia’s National Road Safety Strategy, which maps out the Federal Government’s plans of how it aims to reduce the road toll, makes no mention of mobile phones, although they are mentioned in progress reports that update where the strategy is placed.

One NRSS progress report says the states and territories were “working together through the Australian Road Rules Maintenance Group to consider changes required to ensure the road rules are responsive to deter dangerous use of phones and other emerging in-vehicle technologies”.