Western Australia, Victoria in line for cutting-edge tech to stamp out texting and driving on the road

AUSTRALIAN police are turning to cutting-edge technology as they step up the fight against one of the biggest safety threats on our roads – using mobile phones to text while driving.

Handing a mobile phone while driving is illegal in every state and territory of Australia unless it is secured in a holder. Details vary state-to-state, but the intention is the same – drive while using or touching your phone, and you will be pinged.

But heavy fines and loss of points don’t seem to be working, with three in every five drivers in Victoria admitting to handling a phone while on the road. Western Australia, meanwhile, estimates that as many as a third of the state’s serious and fatal crashes involve distraction.

Both states are now developing new ways to combat the issue. 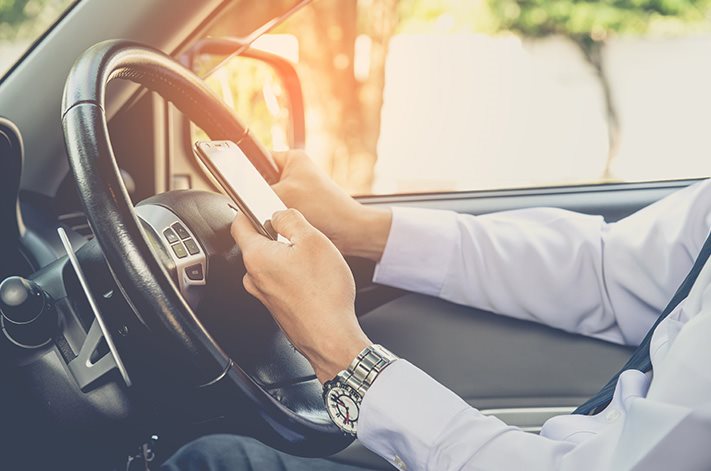 “There are three different models; each of them present opportunities for us and work as a suite,” Papalia told Wheels.

“Or what would be a completely new initiative for us are mobile camera operations moving with the flow of traffic. That is new to our environment and we are interested to see how that evaluation pans out.”

Papalia said evaluations were “looking very positive at the moment”, before turning to defend the use of cameras to solve the problem.

“The World Health Organisation recognises that camera operations are the most efficient way of reducing risk on the road in a widespread manner,” he said.

“The advantage that the camera operations give us is at the moment, we have limited opportunity to do enforcement in relation to texting.

“We rely heavily on police traffic motorcycles, but they are only limited in terms of numbers and where they can be.

“Camera operations give us far greater efficiency, and also increase the likelihood of people being apprehended. It is that idea of likelihood that will change behaviours.

“It is a technology-created risk, and I think it will be a technology-resolved risk in relation to the future. Sadly, in the interim, people’s lives are at risk.”

In Victoria, police are working with transport and logistics group Linfox, and telecommunications giant Telstra to develop something far more drastic.

Assistant commissioner for road policing Doug Fryer hinted to <Wheels> that an “enterprise level” technology was in the works that could block mobile data use in vehicles state-wide.

Police go back in time to nab tech-savvy speeding motorists

“In my mind, within the next 18 months, there will be a technological solution that will block the ability to access data while driving. I think it is really close,” Fryer said.

“I can’t go into a lot of detail, but Victoria Police, Linfox, and Telstra are all working together at the moment to figure out what can be done to provide a technological solution.

Fryer stressed the technology was not intended to block hands-free calls via a car’s Bluetooth function, but instead aimed to stamp out internet and app use while behind the wheel – a common distraction for younger drivers.

“We know the technology is out there to monitor movement, and is apparent in in-car technology, so it is about rolling that sort of technology into mobile devices so that if a vehicle is in movement, then how do we inhibit the data only,” he said.

“I don’t have an issue with mobile phone calls; I have a real issue with data.”