ASTON Martin and Red Bull Racing’s hypercar love child, the AM-RB 001, has been christened the Valkyrie.

The Valkyrie badge continues Aston Martin’s tradition of starting the name of its high-performance cars with a V. This started with the Vantage in 1951, and continued with the Virage, Vanquish, and Vulcan.

Aston Martin CEO Marek Reichman sees the name, taken from the Norse god responsible for choosing who lives or dies in battle, as the rightful continuation of the brand’s heritage and step into hypercar territory. 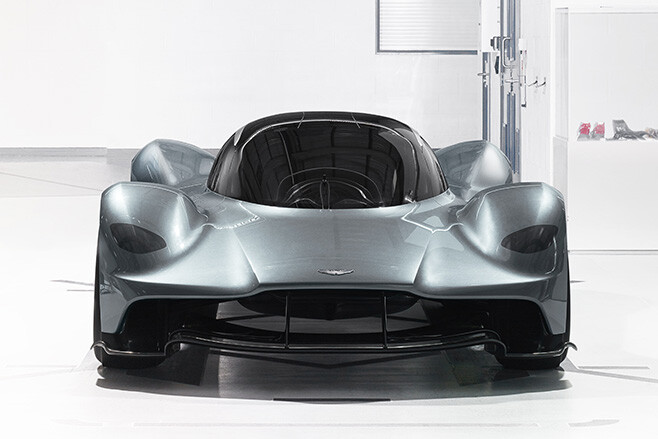 “Aston Martin model names have deep meaning,” he said. “They need to inspire and excite. To tell a story and enrich a narrative that stretches back some 104-years.

“The Aston Martin Valkyrie is an incredibly special car that demands an equally remarkable name; an uncompromising car that leaves nothing in reserve.

“The connotations of power and honour, of being chosen by the Gods are so evocative, and so pertinent to a car that only a fortunate few will ever experience.”

The British manufacturer claims the hypercar is going to rival a LMP1 racecar in terms of laptime performance. It is being built in conjunction with Red Bull racing and will be hybrid powered by a naturally-aspirated 6.5-litre Cosworth V12 coupled to a battery electric system from Rimac.

The Croatian battery company’s Concept One road car has earned a reputation for decimating hypercars like the Bugatti Veyron and Ferrari LaFerrari in drag races.

Only 150 road-going Valkeryies will be built, with an additional 25 track-only versions.

Aston Martin says first deliveries are due in 2019.