The movie-inspired cars will cost $4.8m each but you do get a bunch of Q’s gadgets

FOR more than fifty years, the Aston Martin DB5 has remained the ultimate Bond car.

Its turn in 1964’s Goldfinger cemented its iconic status and now, having completed the DB4 continuation project, Aston Martin is turning its hand to building another 25 DB5 models, but this time, they’ll be Bond specials, finished in Silver Birch and priced at $4.8m before taxes.

In collaboration with EON Productions, the rights holders to the Bond franchise, the cars will be built at Aston Martin Works in Newport Pagnell – the original home of the DB5.

Many of the gadgets that were seen in the movie will be included in the cars, including revolving number plates. The gadgets will be co-developed with Chris Corbould, the Oscar-winning special effects supervisor from the Bond movies. 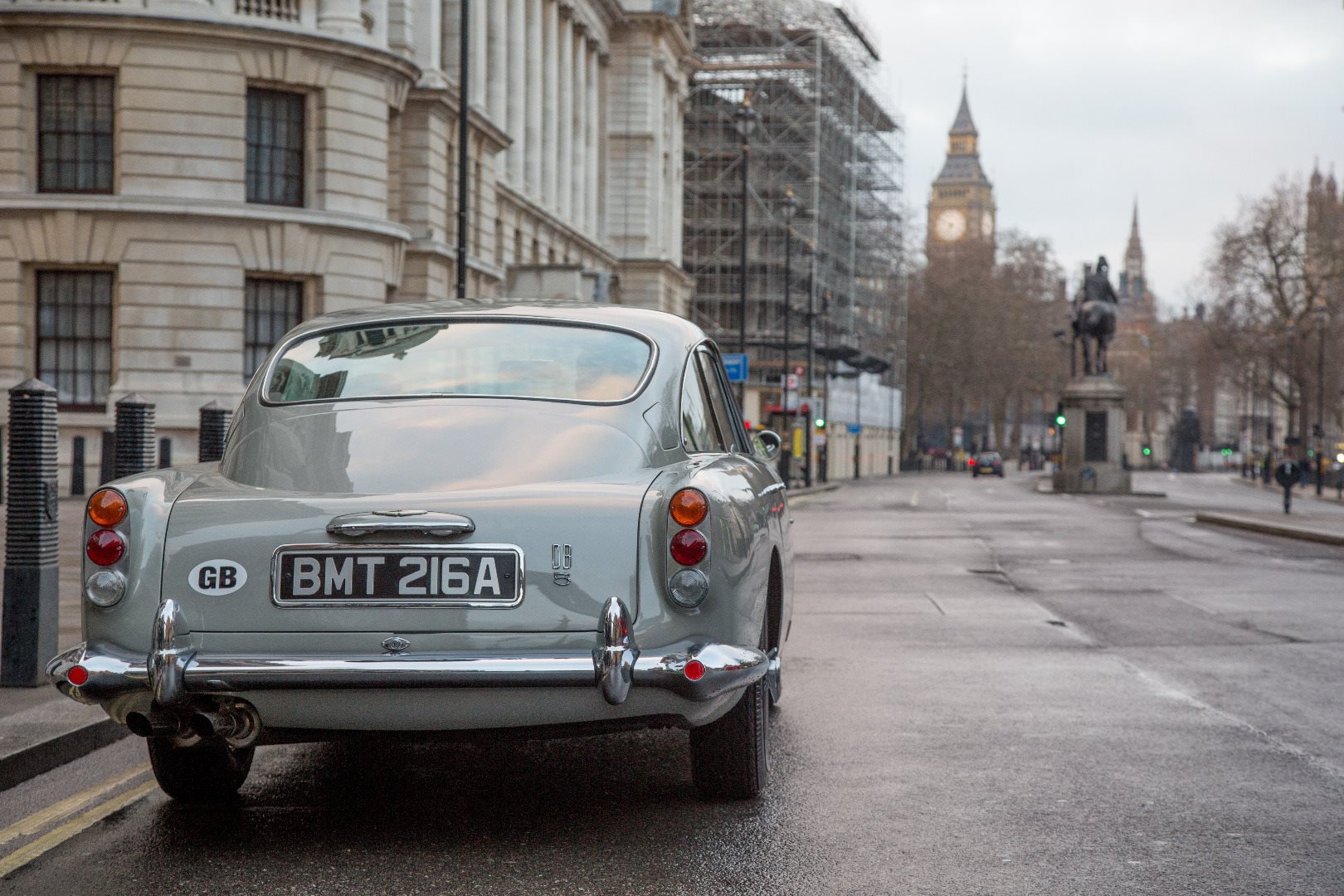 The 25 customer cars will be joined by three specials; one for Aston Martin, one for EON and another that is set to be auctioned for charity.

Andy Palmer, President and Chief Executive Officer, Aston Martin, said: “The connection between Aston Martin and James Bond is something of which we are very proud and it is remarkable that the DB5 remains the definitive James Bond car after so many years.

“To own an Aston Martin has long been an aspiration for James Bond fans, but to own a Silver Birch DB5, complete with gadgets and built to the highest standards in the very same factory as the original James Bond cars? Well, that is surely the ultimate collectors’ fantasy.

“The skilled craftspeople at Aston Martin Works and the expert special effects team from the James Bond films are about to make this fantasy real for 25 very lucky customers.”

The DB5’s role in Goldfinger is the stuff of legend. Production designer Ken Adam chose the car because it was Aston Martin’s latest and greatest at the time production began, but the Newport Pagnell management took some convincing of the merits of product placement. 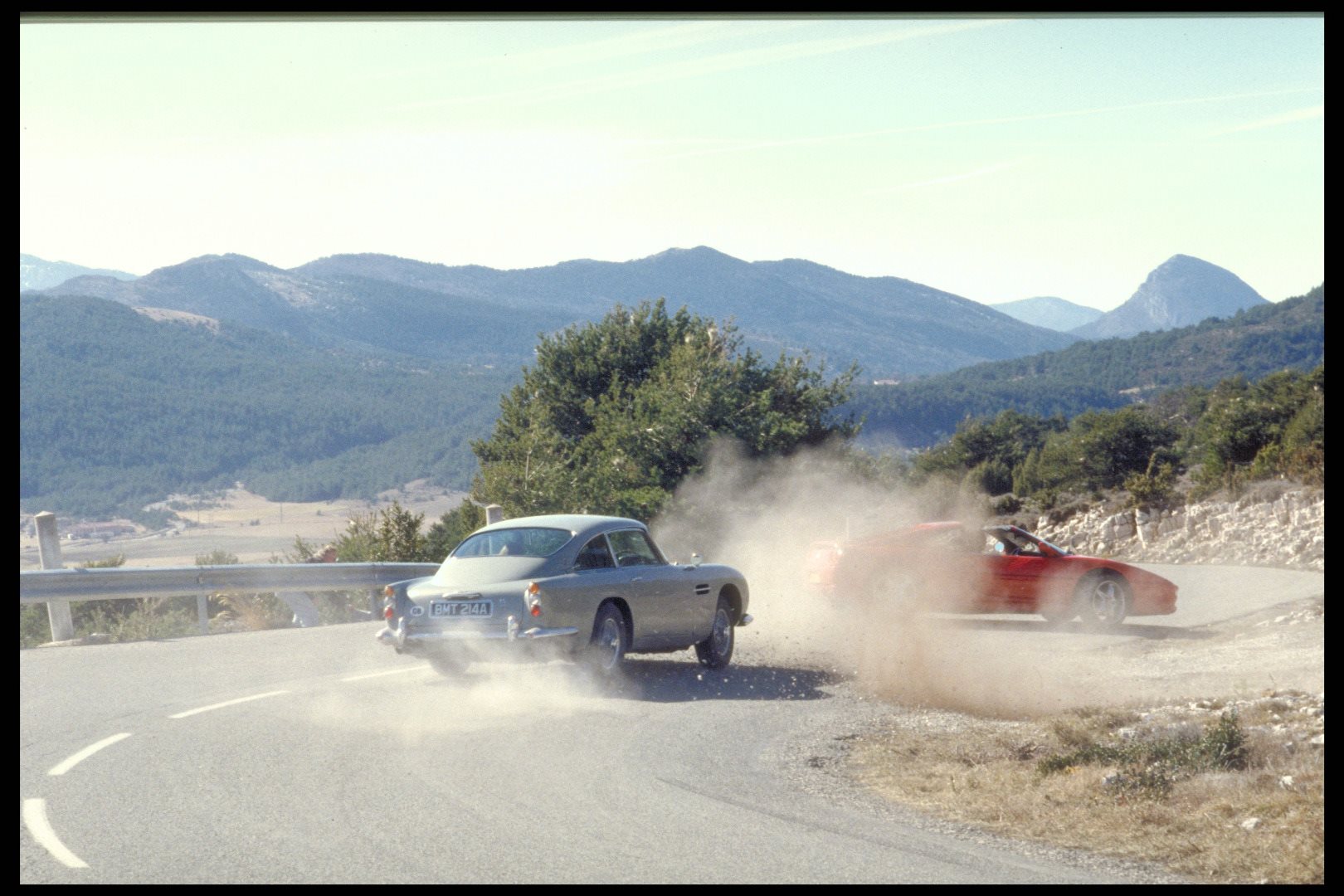 Eventually two cars were provided. In the original film script, the only gadget fitted to the car was a smoke screen, but crew members began suggesting more and more modifications. The revolving plates and the oil spray were fitted to the car, with the wheel spikes and ejector seat being created in-studio.

The car chase scenes with Tilly Masterson were filmed on a road near the village of Realp in Switzerland, with the scene where Tilly Masterson attempts to shoot Goldfinger with a sniper rifle being filmed on the nearby Furka Pass. The exterior of the Pilatus aircraft plant in Stans served as the set for Goldfinger’s factory. The climactic – and hilariously sped-up – crash scene is filmed on one of the Pinewood Studios back roads, now called Goldfinger Avenue. 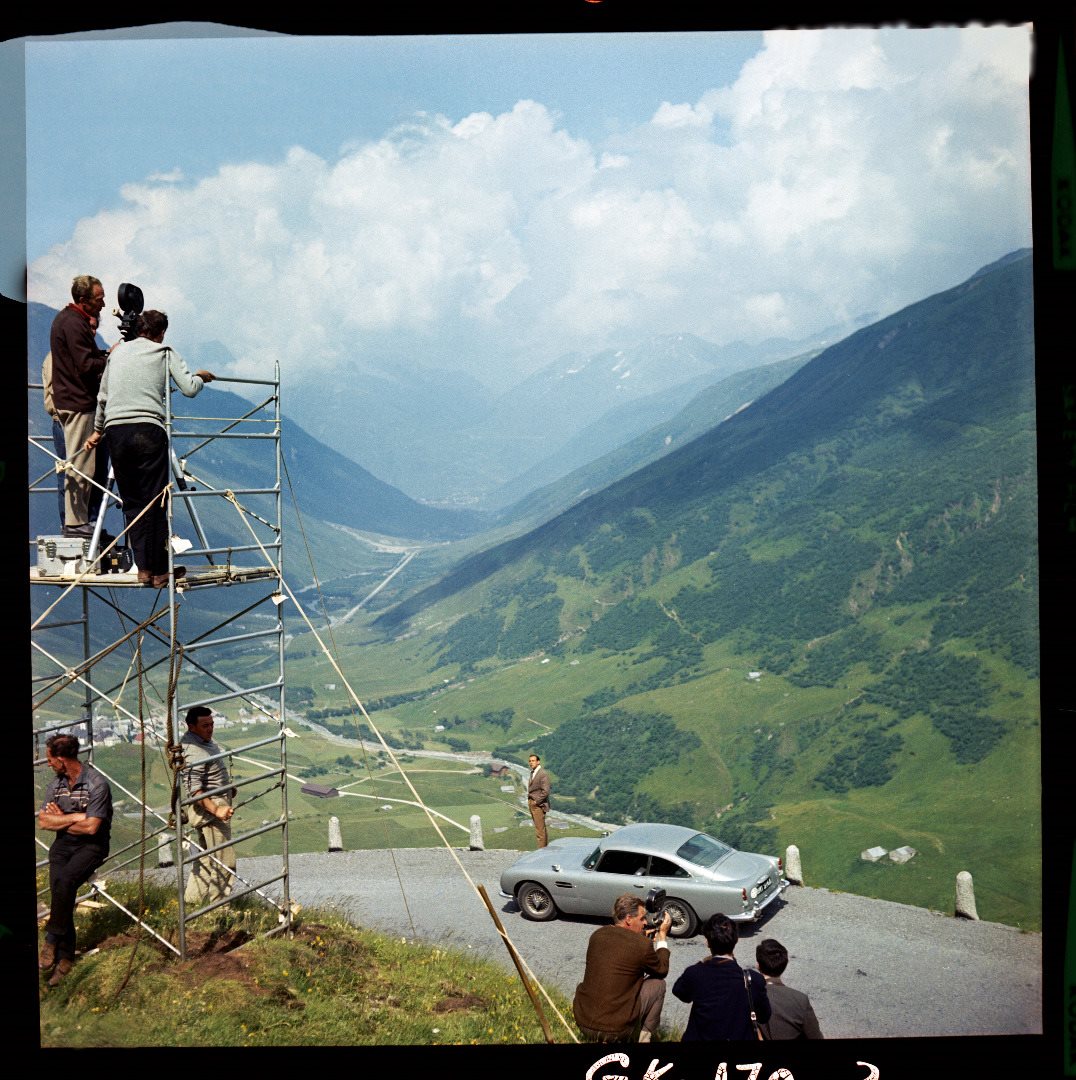 If you were one of those kids who grew up with a Corgi DB5 and now have the means to buy the real thing, you’ll need to be quick getting your order in. We can imagine quite a few collectors who could certainly find a place for one of these cars in their ultimate garage. 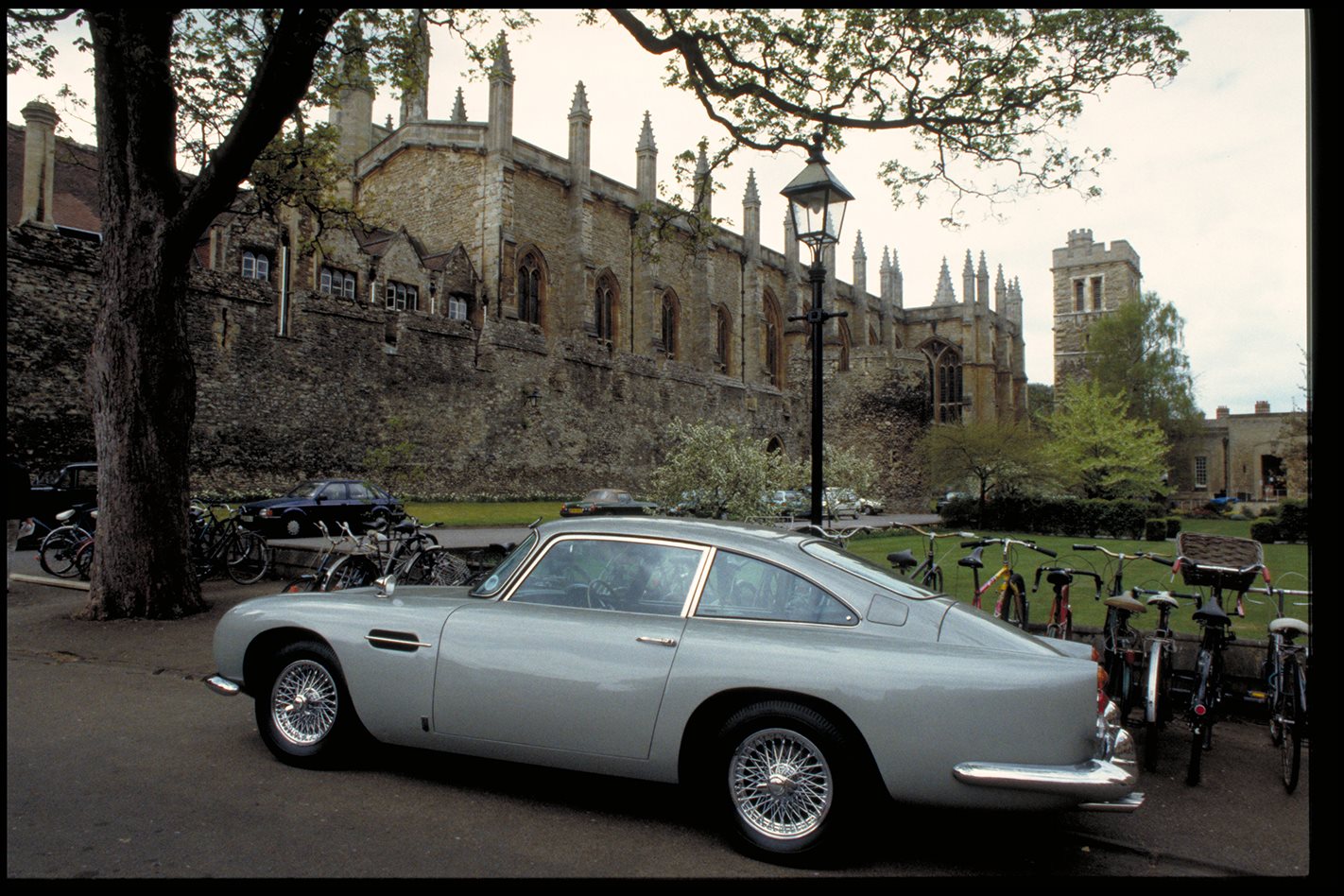 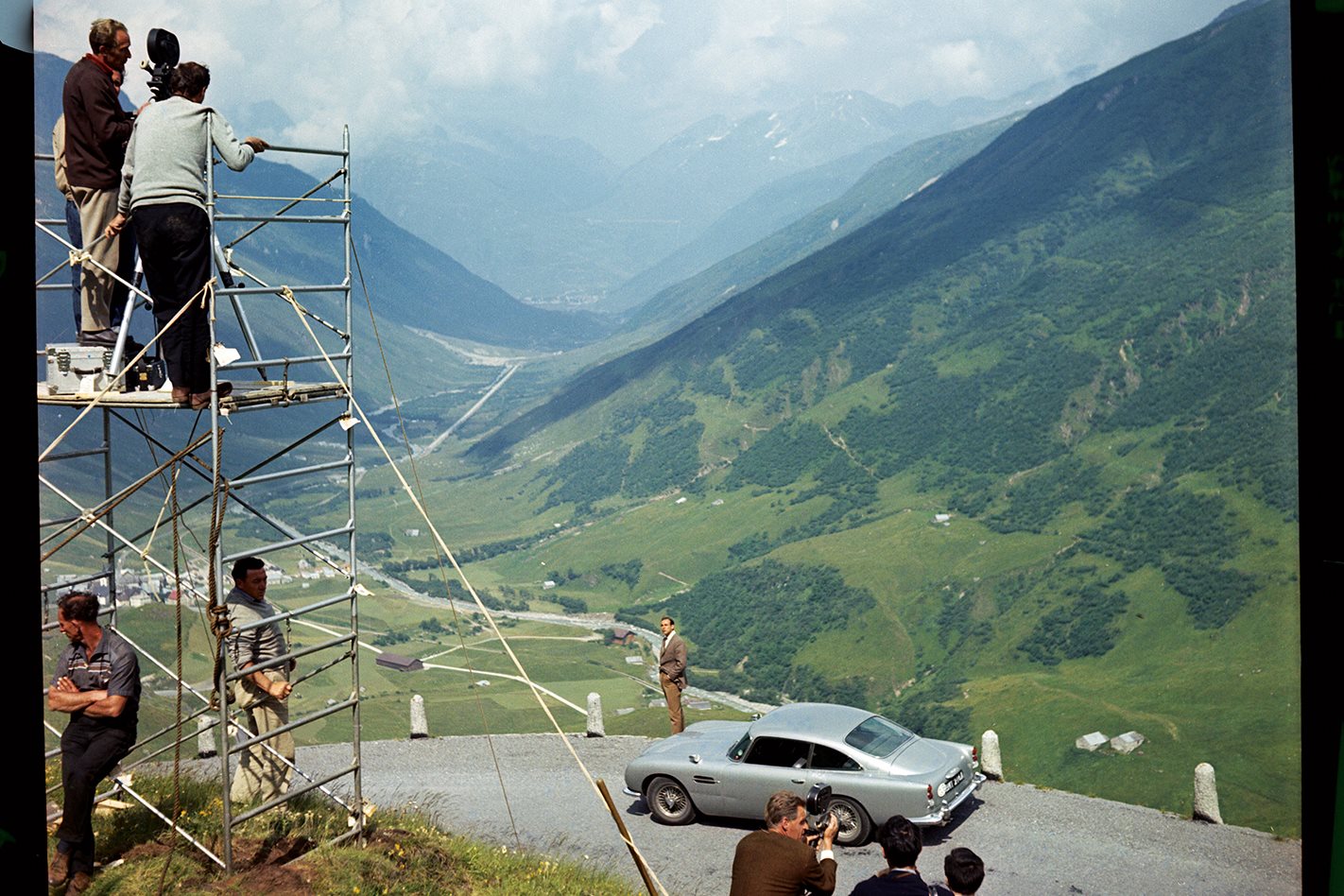 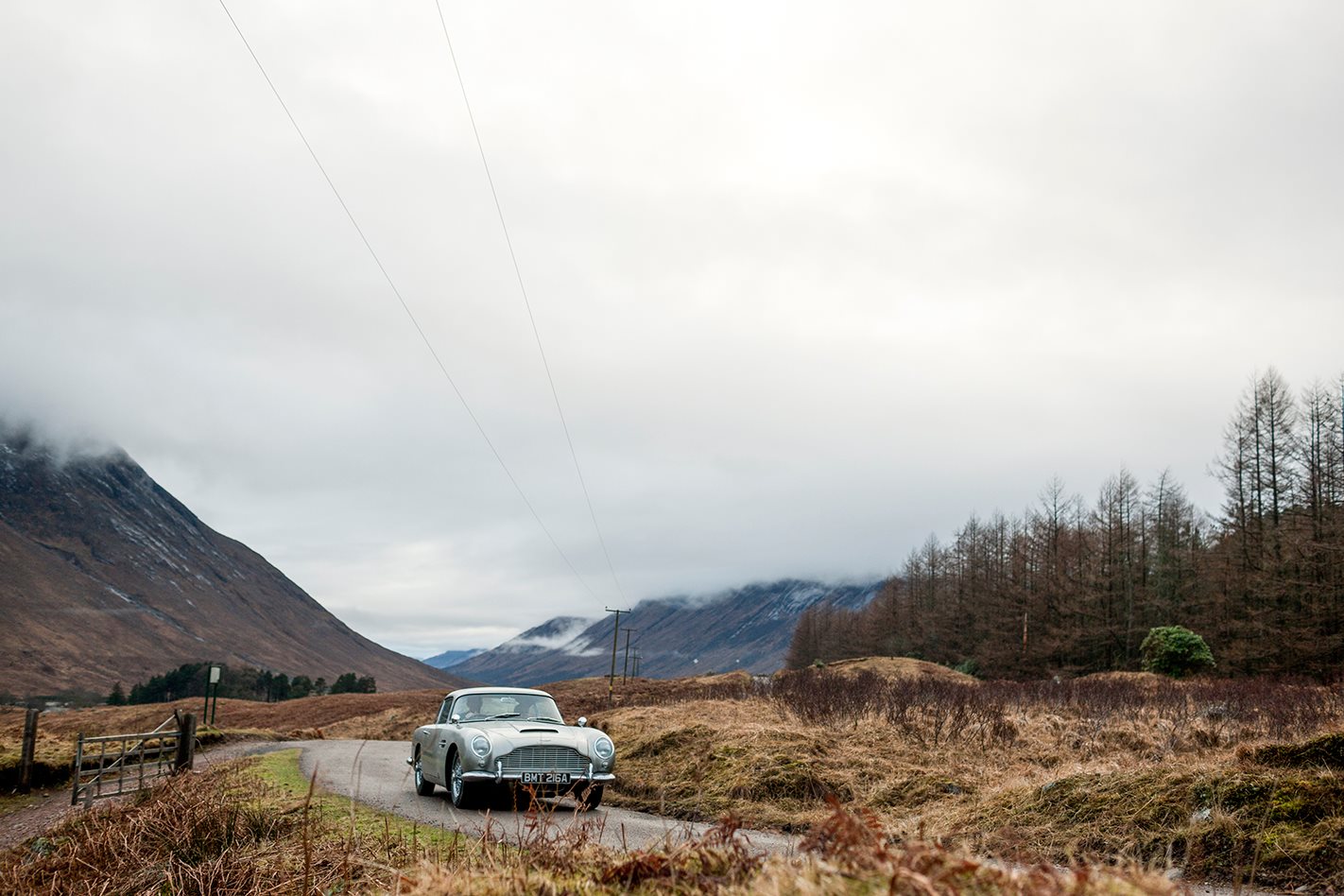 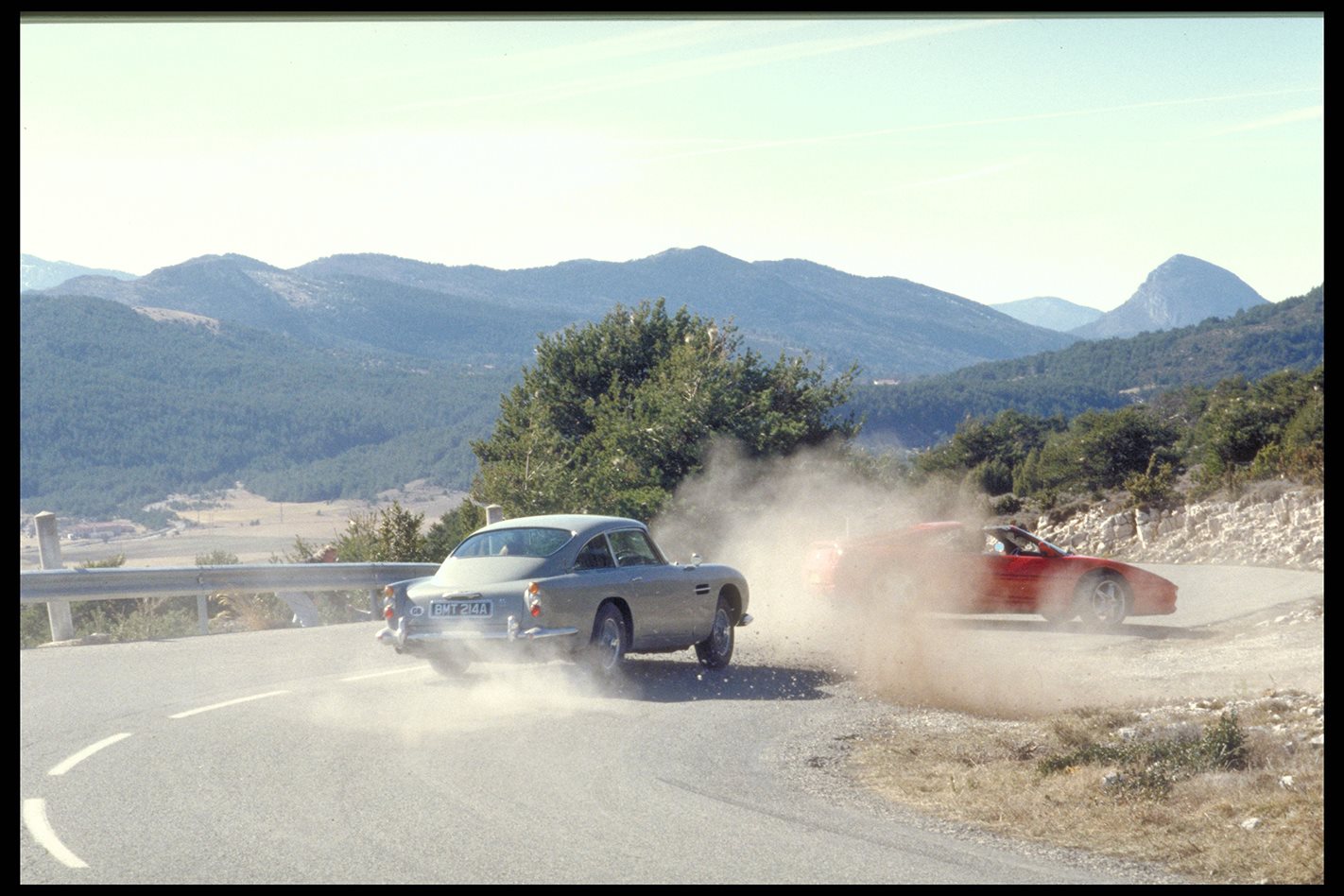 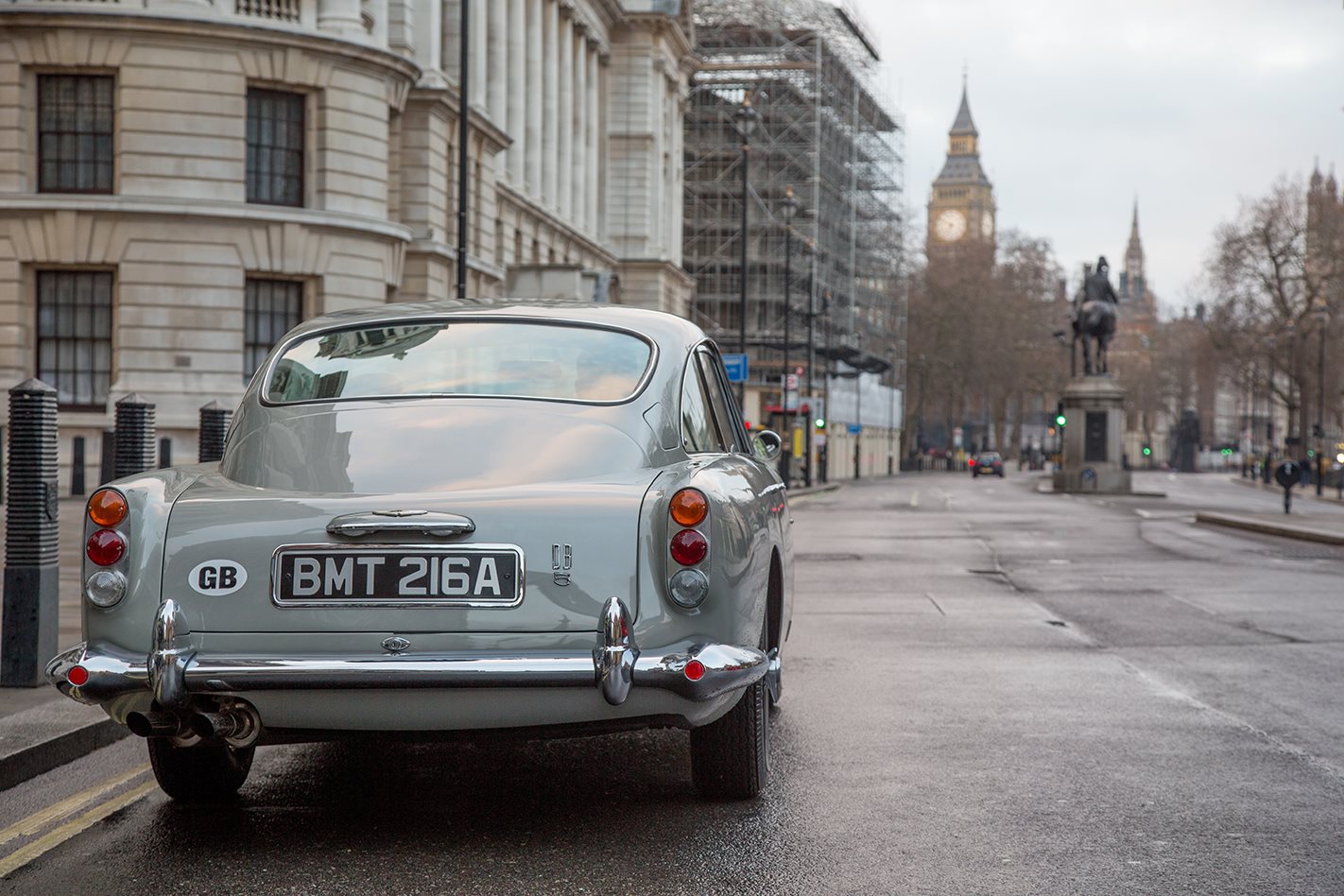 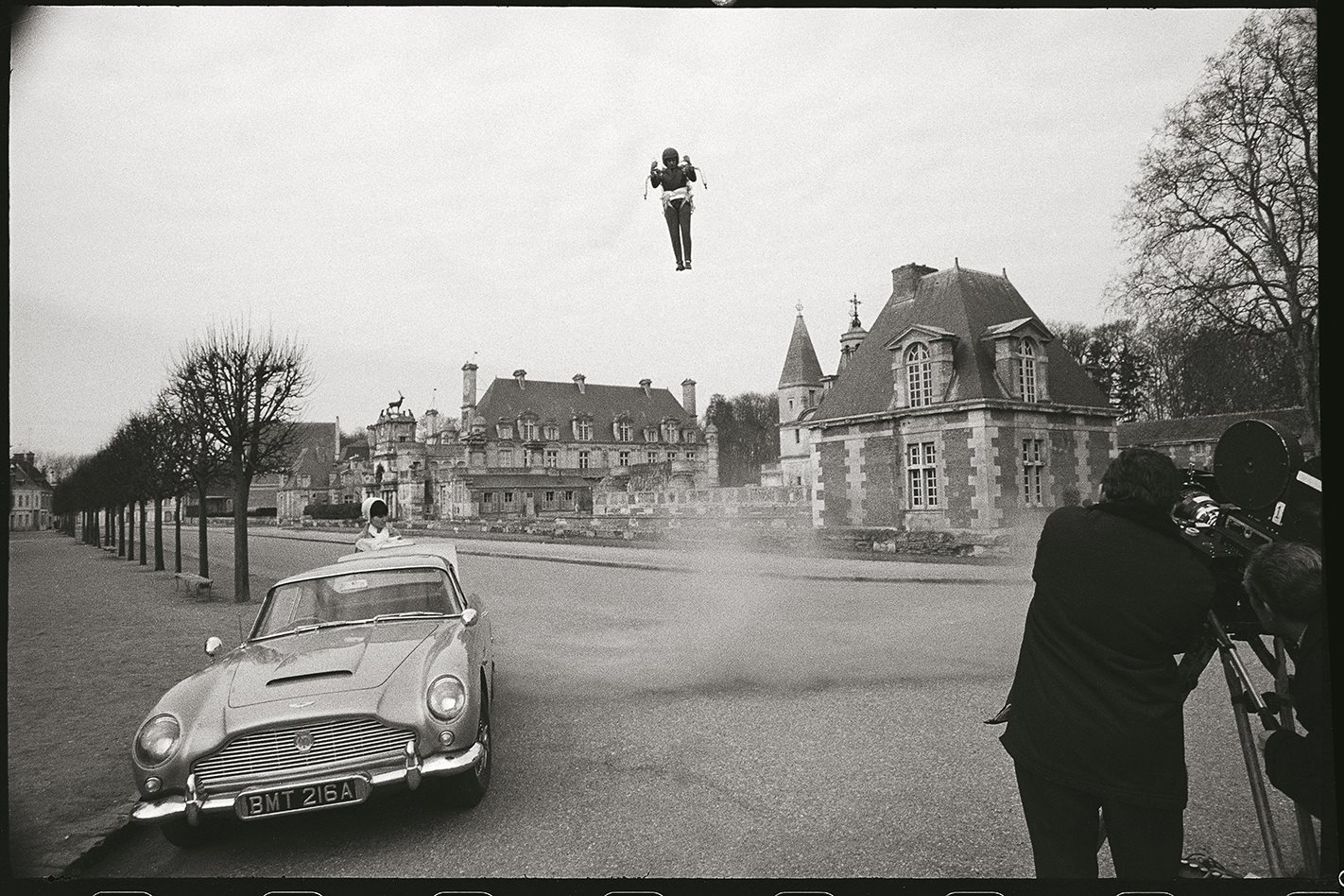