Audi Australia has mapped out its RennSport model assault on the local market for 2017, with three major flagship product launches in addition to a trio of S-branded updates set to storm our performance-loving shores before year’s end.

Only two weeks from launch, the Audi TT RS will be first cab (or coupe) off the rank. With a new 2.5-litre turbocharged five-cylinder engine producing 294kW of power and 480Nm of torque between 1700rpm and 5850rpm, Audi claims a 3.7-second 0-100km/h for its top quattro TT.

Expected to be priced under $150K, Audi will for the first time ever boast a greater cylinder count than its loftier Volkswagen Group sibling, Porsche, in the sports coupe class. Given that the 2.5-litre turbo four-cylinder and rear-wheel drive 718 Cayman S can run 0-100km/h in 4.2 seconds, the TT RS is faster, too. Comparison tests, obviously, await. 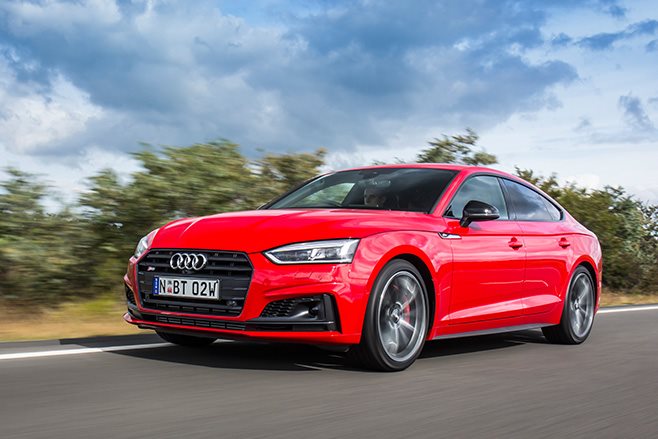 That fresh high five-cylinder will greet the RS3 sedan in June, following soon after the TT RS. With a pumped and bulged body compared with the slimmer, subtle S3 sedan, the RS3 sedan offers the same outputs as the TT RS but with a 4.1sec 0-100km/h.

And with a sub-$100K starting price, the outputs hike of 24kW/15Nm compared with the current RS3 Sportback, it will make the RS3 sedan one of the fastest new cars available for the price. Crucially, it also sneaks past the 280kW/475Nm 2.0-litre turbo AMG CLA 45.

But the big-daddy RS5 is reserved for a fourth-quarter 2017 launch.

Swapping out the old 4.2-litre V8 for a 2.9-litre bi-turbo V6 developed in partnership with Porsche – and in service first in the latest Panamera – the new engine produces 331kW and 600Nm, the latter from 1900rpm until 5000rpm. 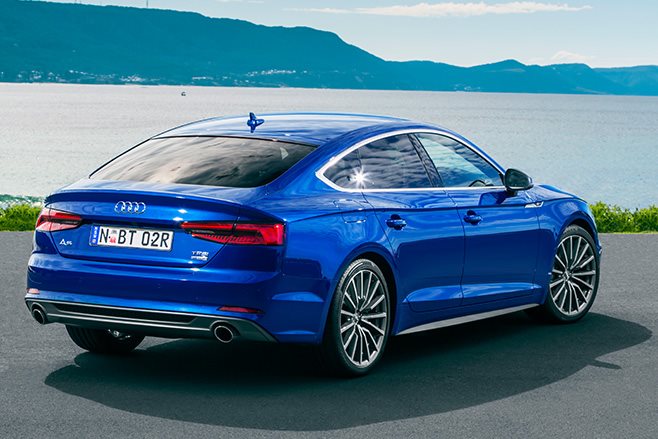 Although 60kg lighter than before and being only 40kg heavier than an S5 coupe, the 1655kg RS5 coupe is slower than the TT RS with a 3.9-second 0-100km/h. Driving through a seven-speed dual-clutch transmission – as per that coupe and RS3 sedan – the circa-$160K medium two-door also gets a 60 per cent rear-wheel drive bias and optional sports diff that can direct torque to the planted outside rear wheel when cornering.

The BMW M4 Competition and Mercedes-AMG C63 are on notice.

Rounding out the Audi Sport new models for 2017 are the more subtle S-branded trio – the just-released S5 Sportback and its S5 Cabriolet sibling, the latter slated for a third-quarter 2017 launch; and also the SQ5 now with 3.0-litre turbo V6 petrol power delivering 260kW/500Nm and a 5.4sec 0-100km/h.

In Australia’s sports-loving market, Audi must be rubbing its hands together in anticipation.