Frankfurt motor show: This 370kW concept SUV offers us the best hint yet at the Q6 e-tron expected from Audi, and it has the Tesla Model X firmly in its sights

THIS is the fully electric SUV that Audi hopes will run four rings around the Tesla Model X – if released in a production version.

It’s called the e-tron quattro concept, and if the German brand is to be believed, it can travel over 500km on a single charge.

That would mean it had the largest range of any electric SUV to date, with Tesla’s imminent Model X expected to manage around 390km before it runs out of juice. 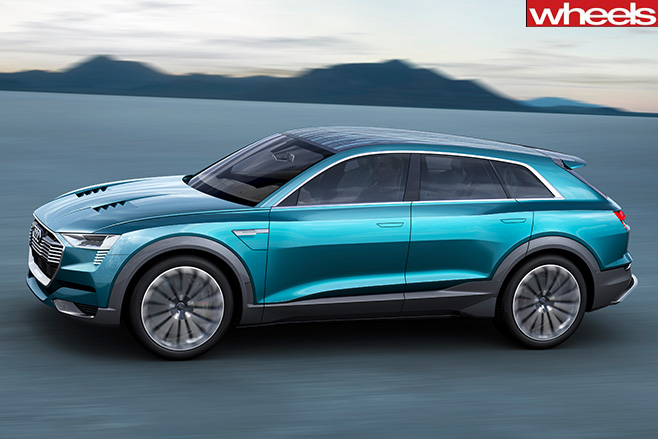 But don’t pigeonhole the Audi as a limp-wristed eco miser. Flatten the throttle and it will rocket from 0-100km/h in 4.6 seconds, courtesy of three electric motors (two on the rear axle, one on the front) and a combined output of 370kW/800Nm.

Importantly, though, it’s no pie in the sky concept either. What you’re looking at is the best hint yet at Audi’s upcoming Q6 e-tron, tipped to hit our roads in 2018. 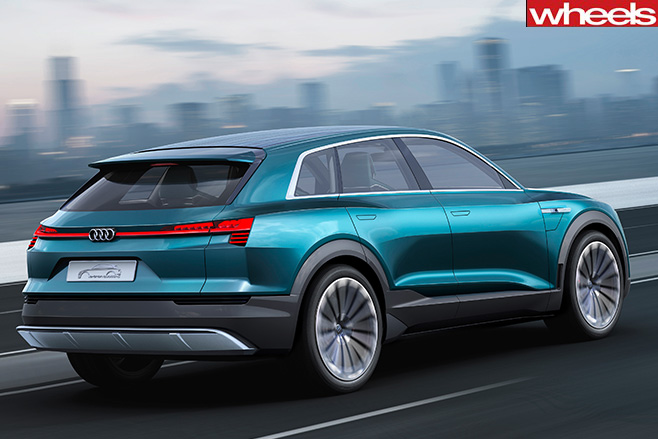 “Audi will present an all-electric, luxury-class sport SUV in early 2018. The Audi e‑tron quattro concept provides a concrete foretaste of this,” said Audi board member for technical Development Ulrich Hackenberg.

“It combines driving pleasure with great range, an expressive design and excellent comfort.”

A new-generation intelligent drive management system governs how the electric motors work with each other to achieve maximum performance and efficiency, while a Torque Control Manager supersedes a conventional differential to shuffle all that grunt to all four wheels. 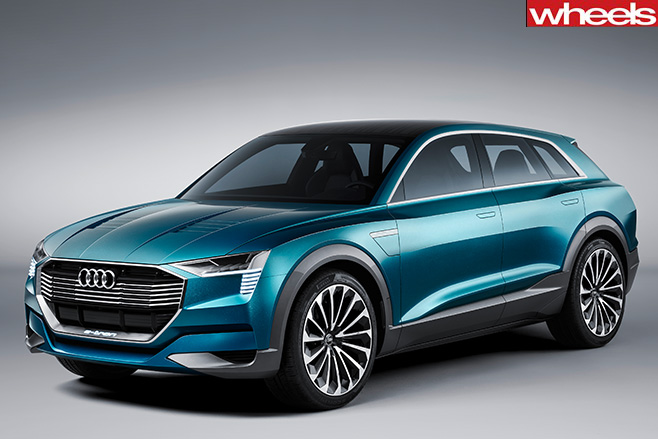 Audi says the e-tron’s enormous and low-mounted 95kWh battery can be fully charged from a 150kW charging column in less than hour. And if you’re in a rush, half an hour’s worth of juice will provide 400km of range.

As you’d expect, regenerative braking is used to recapture lost energy. But there’s also 1.98 metres of solar panelling on the roof, which can help charge the on-board batteries. 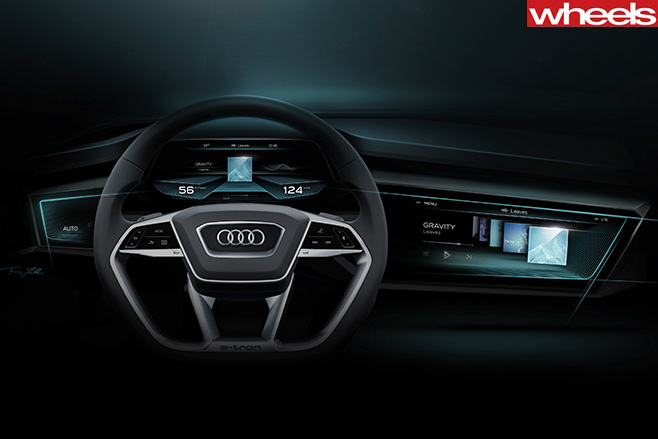 Audi has worked hard to make the e-tron concept as slippery as possible, and it boasts an impressively low 0.25 drag coefficient. There are even electrically operated aero elements that open and close at speeds above 80km/h to help improve the airflow over the e-tron quattro’s body. The adaptive damping is also used to lower the car at speed and make it more slippery. 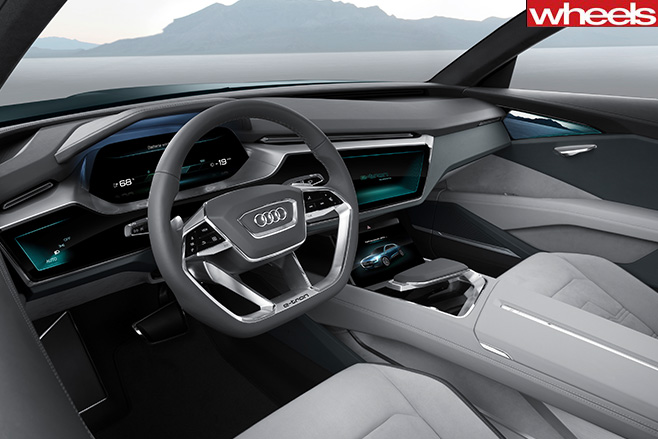 Inside, the swoopy concept has room for four, 615 litres of luggage space, an armoury of semi-autonomous driving systems, and of course the latest version of Audi’s virtual cockpit with a curved OLED screen. 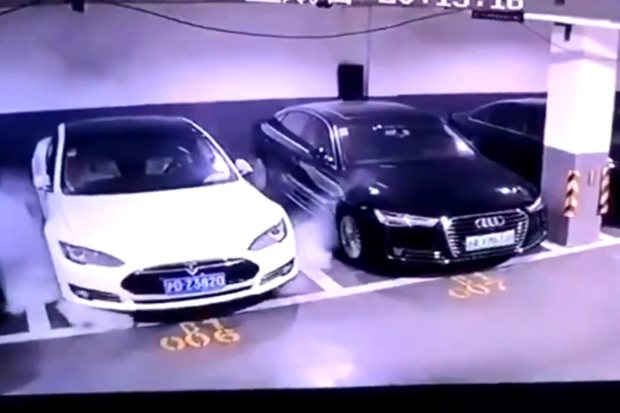 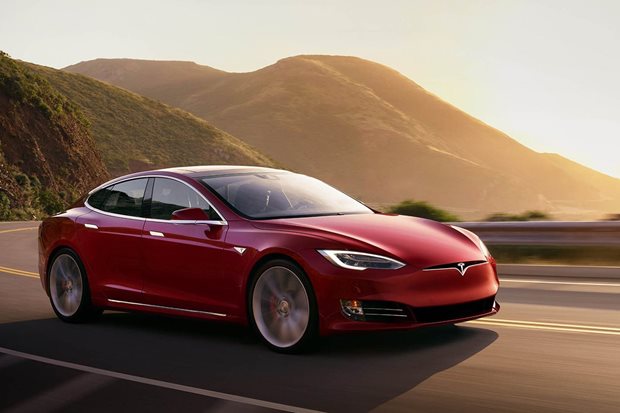 Autopilot’s now standard but transfers its best features to the very expensive Full Self-Driving pack. Is this progress?