The balance of the car and not the horsepower is the most important things, says Audi Sport boss.

THE MAN in charge of Audi’s RS models says the RS3’s characterful and exclusive five-cylinder engine is more important than outright power.

In the last month Audi has snatched back the title of most powerful hatch with its updated Audi RS3, which now produces 294kW/480Nm from the extensively revised 2.5-litre turbocharged five-cylinder engine transplanted from the TT RS.

Audi and Mercedes-AMG have been engaged in a bloody battle for A-segment glory since the first RS3 with 270kW took the mantle from the original 265kW A45. AMG responded with the A45’s current 280kW tune, though it has now been one-upped by the latest 294kW RS3.

Stephan Winkelmann is the boss of Audi Sport and former head of Lamborghini. He shared his views with a small group of Australian media at the Bathurst 12 Hour. 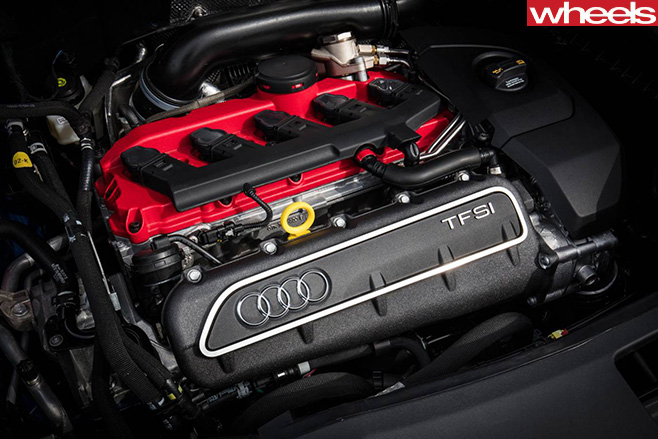 “Back in time I thought the race for more horsepower is limited. But I was wrong. Everybody was wrong who was thinking like this. The race is not over.

“For the customers this is good news, but we want to have a perfect balance between a daily driveable car – a very reliable car – and the five-cylinder is giving us this extra exclusiveness which nobody else has.

“I tend to look into the [power] race, but I don’t want to go the extra mile just for this. Not everywhere you can be the top in everything. It’s the balance of the car, which is in my opinion the most important thing. It’s the mix, not always only horsepower.”

Audi has a long history of working with five-cylinder engines in performance applications. The unique sound brought by the extra cylinder adds to the personality of the RS3 (and RSQ3 and Audi TT RS). It’s expected the new, lighter all-alloy five-cylinder has plenty more room to grow above its current outputs.

The 2.0-litre turbocharged four-cylinder engine used by Mercedes-AMG in the A45 range (including CLA45 and GLA45) is due to be replaced in the near future and will no doubt take the fight to Audi once more.