Watch out A45 AMG, Audi’s new RS3 Sportback is gunning for the title of ‘ultimate hot hatch’.

Revealed ahead of its public debut at January’s 2015 Detroit Motor Show, the RS3 will become Audi’s smallest RS model.

It’s likely to become its cheapest as well; expect it to lob for around $75,000, matching the A45 dollar-for-dollar.

A seven-speed dual-clutch transmission is the only available transmission, while Audi’s familiar quattro all-wheel drive system now features torque vectoring. Audi claims the ability to send power rearwards and sustain it allows the RS3 to perform controlled drifts on low-friction surfaces. Sounds good to us!

Ride height drops 25mm compared to the cooking-model A3, Audi’s clever magnetorheological dampers are optionally available and carbon-ceramic brakes appear on a hatchback options list for the first time.

The best news of all is that the RS3 will be landing in Australia in late-2015. The previous generation model was denied entry due to its carbonfibre front guards failing to meet ADR standards. Can it topple Merc’s mad A45 AMG? We can’t wait to find out. 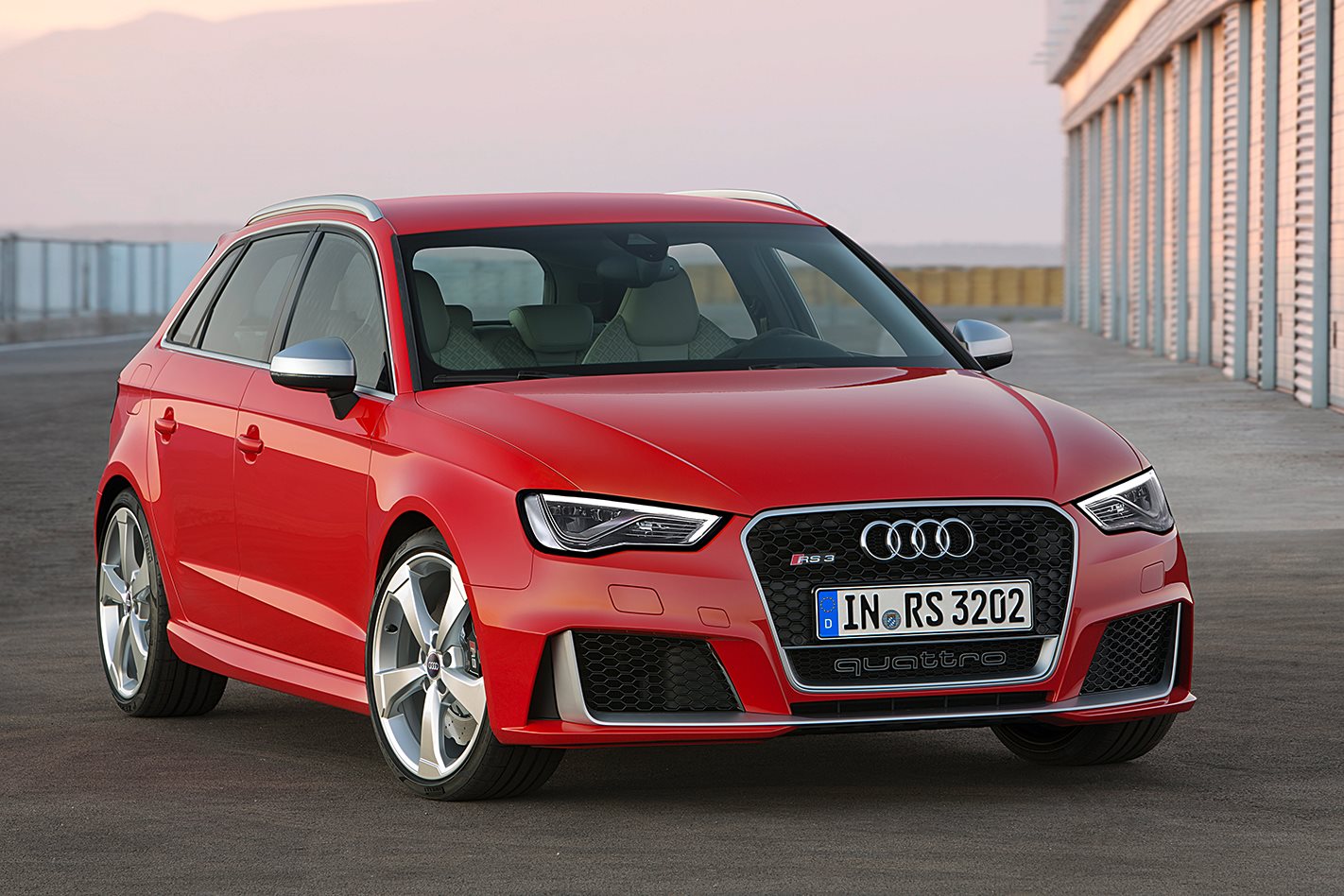 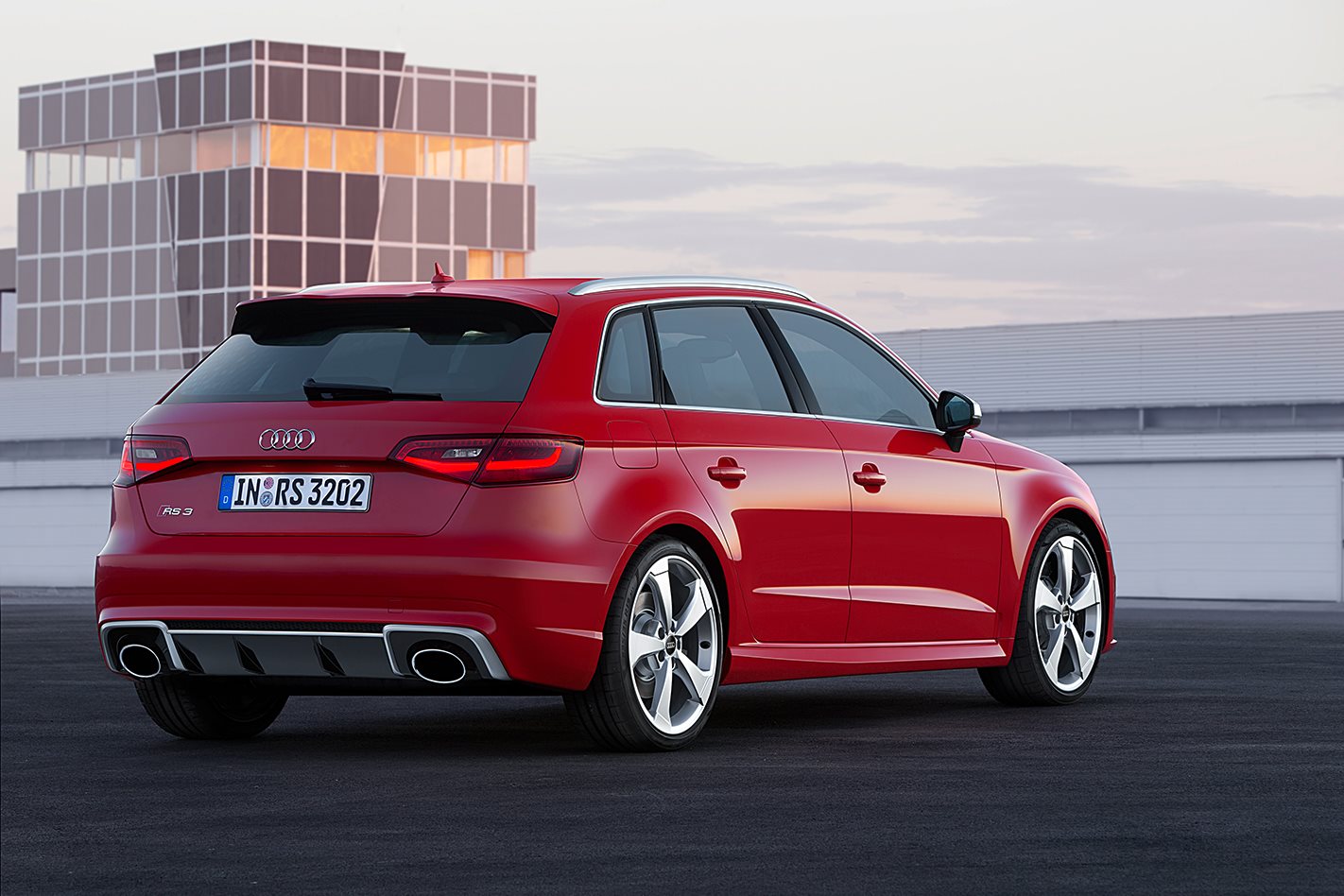 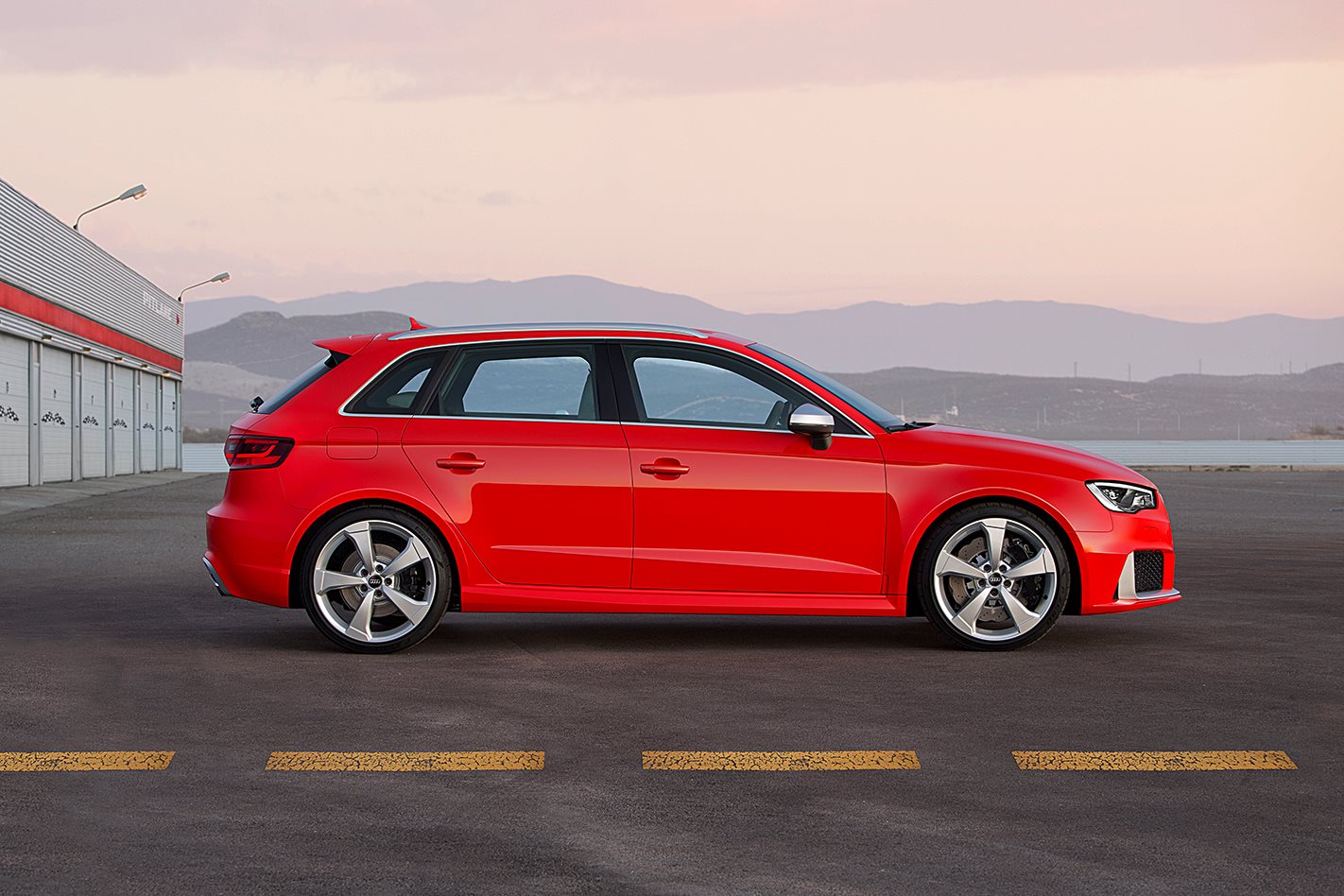 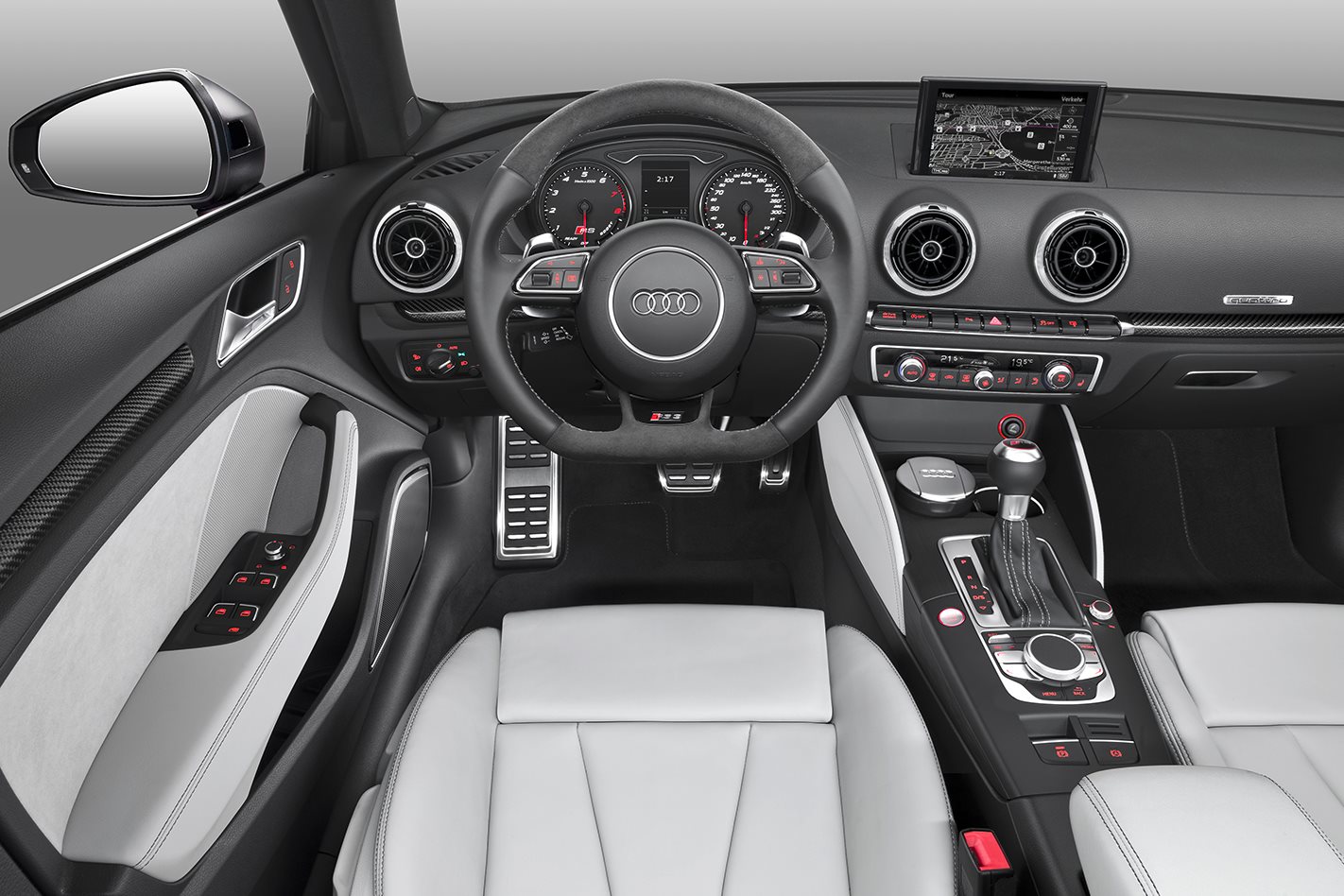