An electric blower may sound like something an Audi TT owner would use, but it’s an electric compressor that makes the Audi TT Turbo Concept a seriously fast compact coupe.

An electric blower may sound like something an Audi TT owner would use, but it’s an electric compressor that makes the Audi TT Turbo Concept a seriously fast compact coupe.

Adding tiny lithium-ion batteries and a 48-volt electrical system that is around four times the voltage of a regular car means allowing a compressor to instantly build boost pressure to feed the engine when you touch the throttle. Even the best turbos still have lag, but an electric compressor doesn’t. You can then tune the mechanical turbocharger to make big boost at the top end because the compressor will more than fill in the gap down low.

The result? 441kW and 650Nm in a 1396kg, carbonfibre-reinforced polymer package, driving all four wheels via a six-speed manual transmission with a cool R8-style H-gate pattern.

Thankfully that manually adjustable rear wing, 20-inch tyres and carbon ceramic brakes help when you want to go the other way (and the brakes furiously recharge the compressor’s batteries).

The electric compressor is far from a production pipe dream. Audi has shown the technology on the RS5 TDI concept before, and it is headed to production with the Q7 SUV. The Audi TT Turbo Concept is the first time the tech has been shown with TSI petrol power, and the combination of high-revving petrol engine and instant off-the-line boost sounds even tastier.

Time to blow away the stereotypes of both this Audi coupe and electric tech – this looks like a proper sports TT, with electric tech that’s more LaFerrari than Prius. 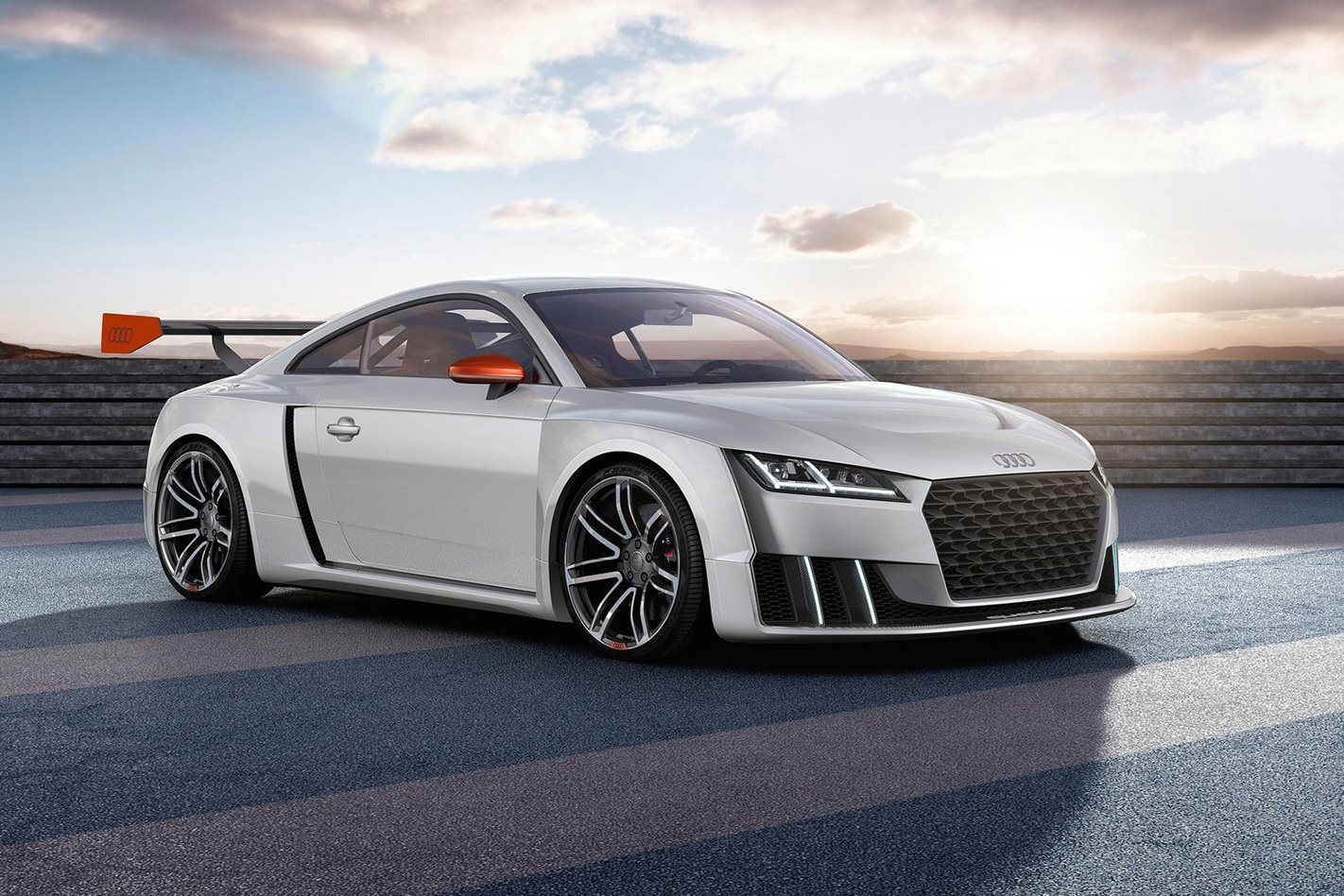 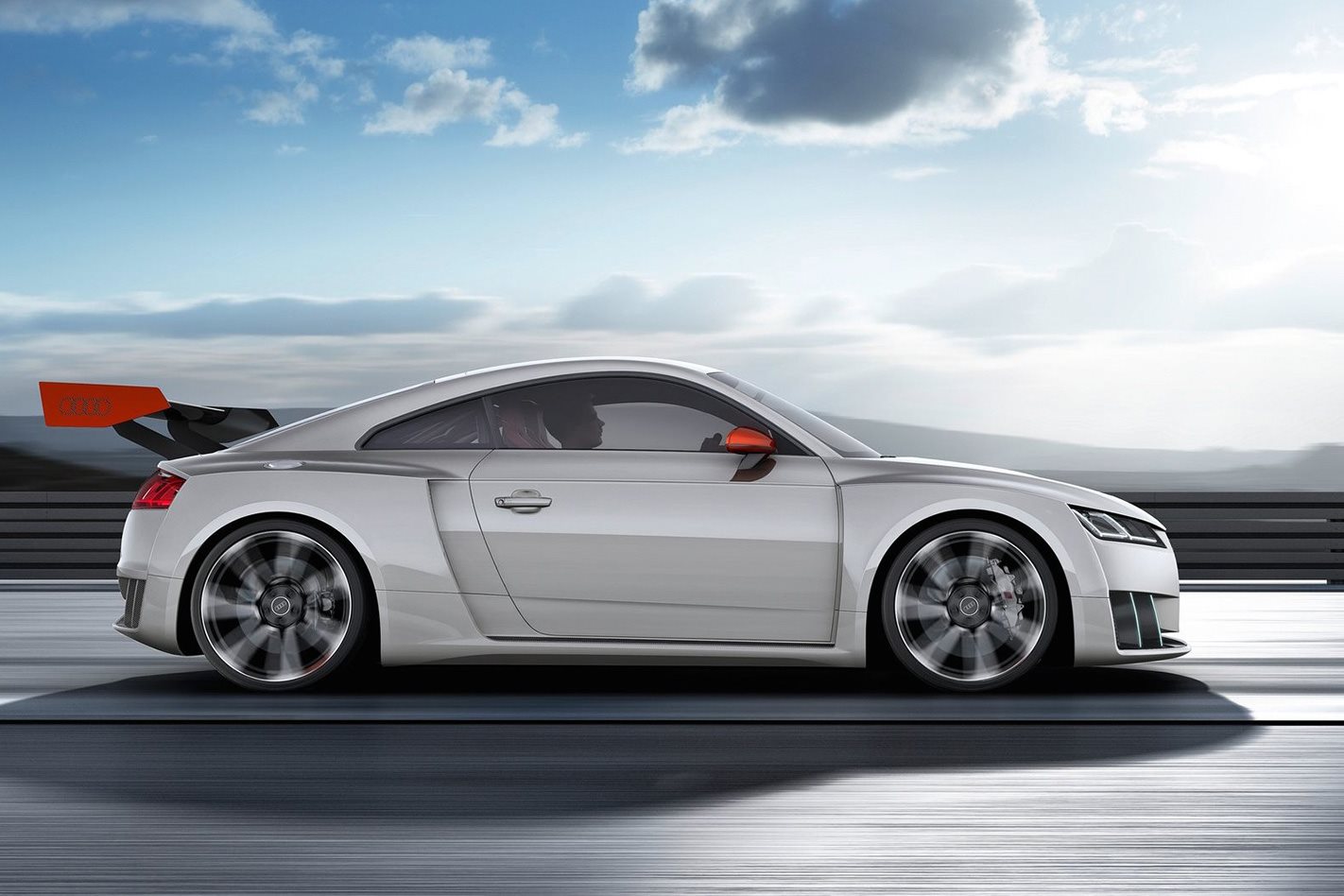 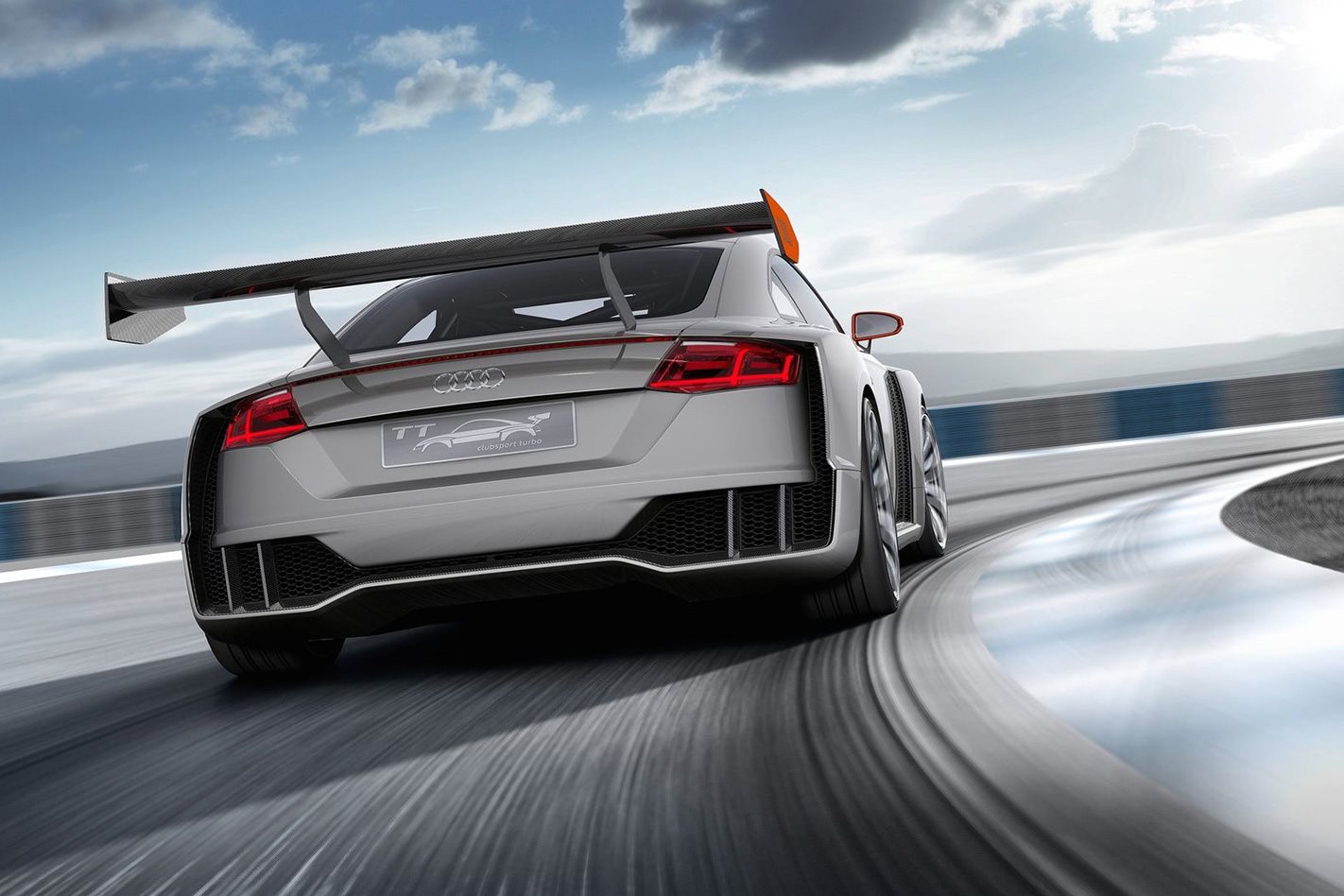 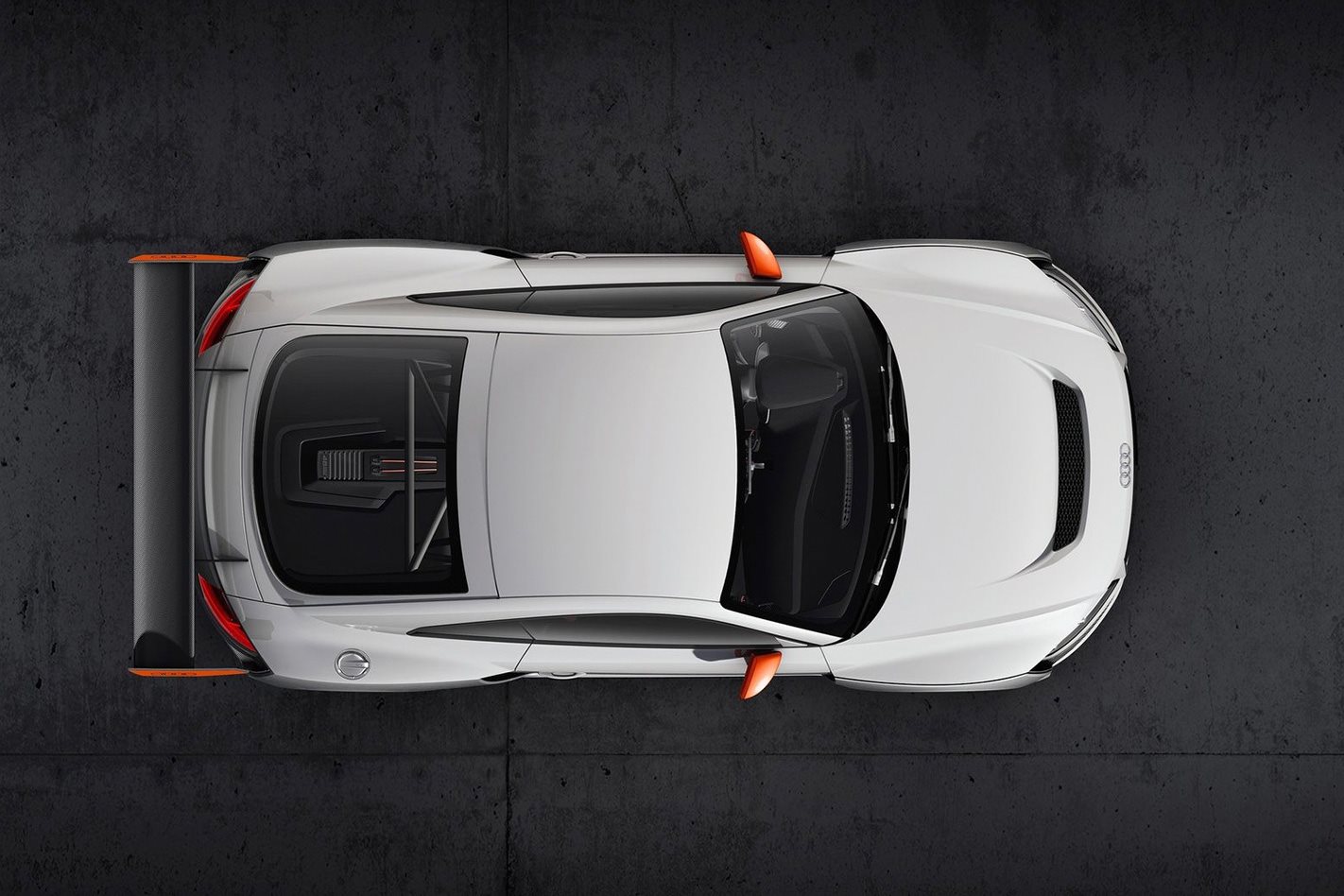 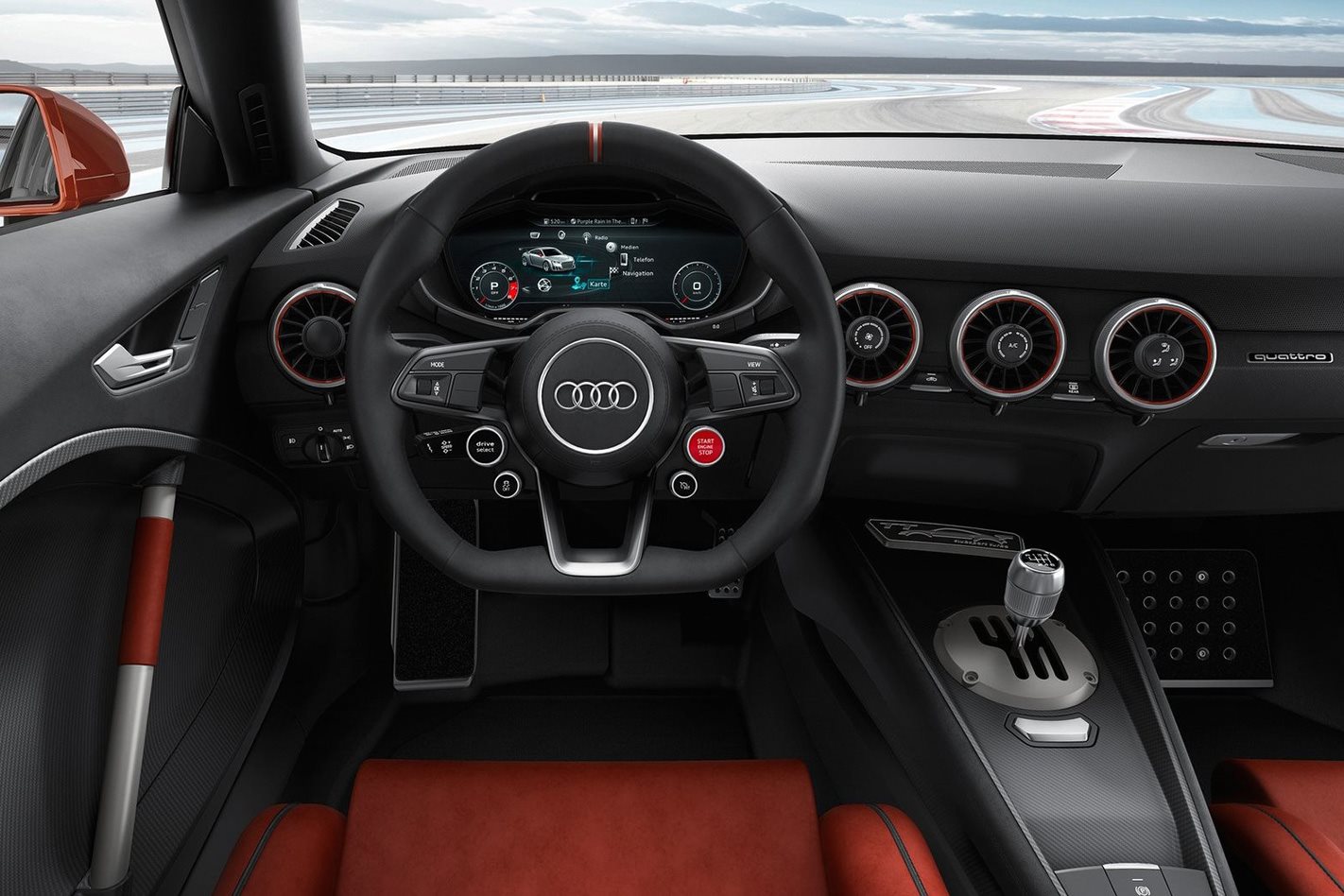 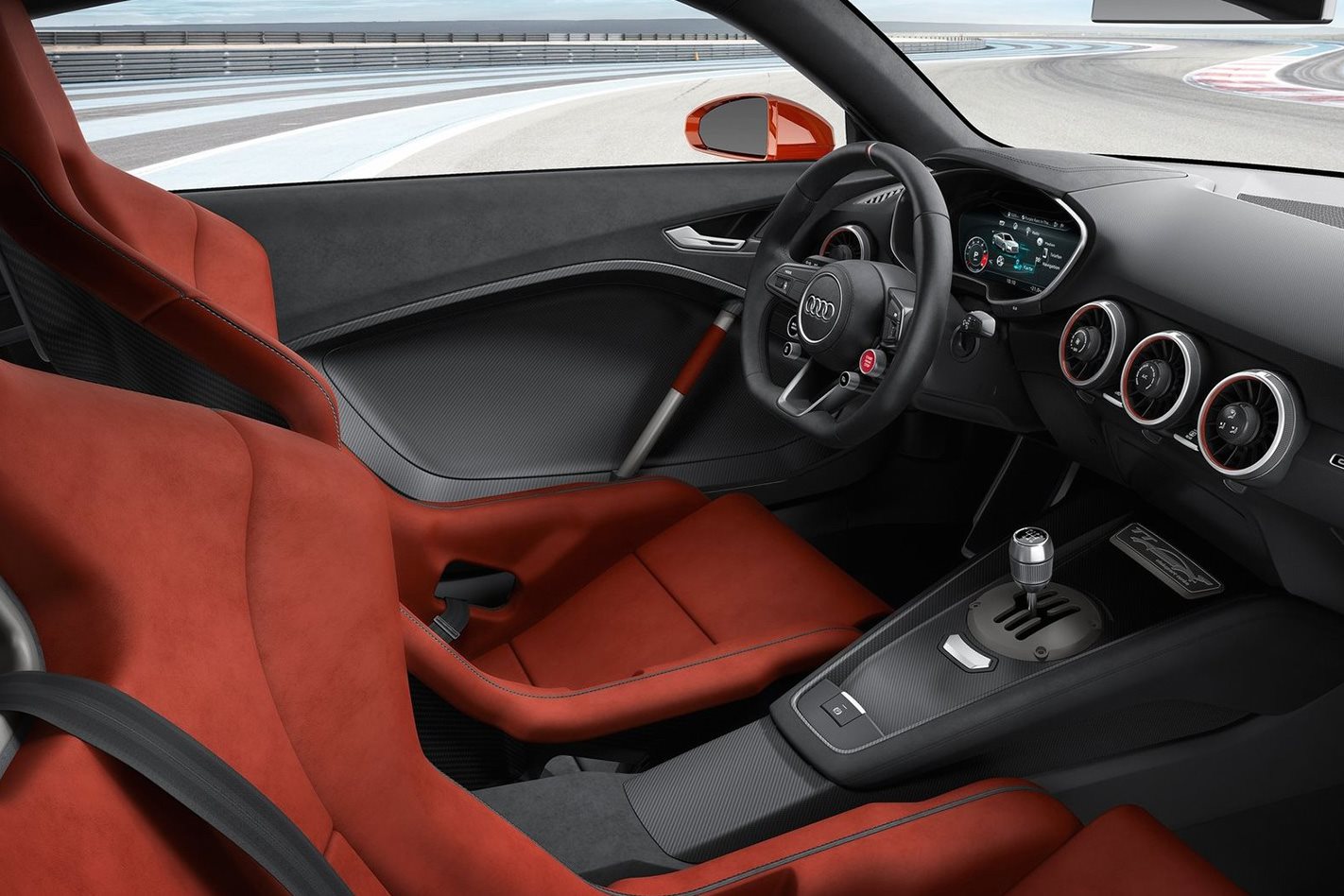