Autonomous cars can be hacked with stickers: report

IMAGINE someone hacking an autonomous vehicle, and most of us would picture a nefarious hooded figure stooped over a laptop hammering out lines of computer code.

The group have revealed that hacking autonomous vehicles could be as simple as some well-placed stickers on road-signs. 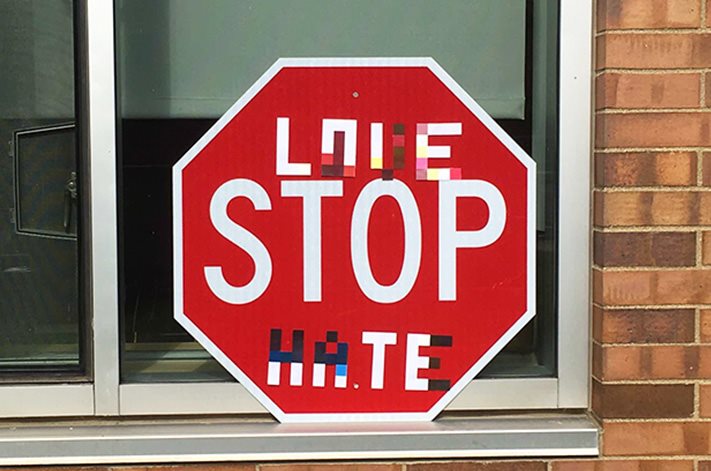 It all revolves around something called Deep Neural Networks – in layman’s terms, a system that involves AI learning and interpretation of some sort.

These are integral to the success of autonomous vehicles, which require a vast array of cameras, lasers, and the like to ‘see’ its surroundings and understand what is happening.

Race to autonomy: who are the key players?

The researchers uncovered that the Deep Neural Networks could be tricked by a few simple block-like stickers.

To a human, the stickers, placed on a Stop sign, simply read as ‘LOVE’ and ‘HATE’, but the computer systems in an autonomous car will see it as a 45mph speed limit sign.

Now, it’s not like these stickers would completely alter the sign, in fact any reasonable driver would still see it as originally intended. 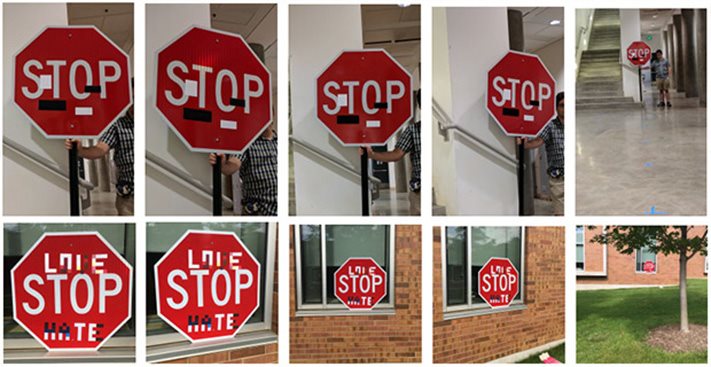 However, the car’s computers would interpret the original sign as something else altogether.

If you’re struggling to comprehend possible consequences, imagine an autonomous car approaching an intersection, and instead of seeing a stop sign, it reads a 110km/h sign and accelerates accordingly. Yes, that is bad.

The study reveals an autonomous car hacker could be someone as innocuous as a high-school prankster with a penchant for vandalism.

The full report can be read here, but it is fairly in-depth and technical. So be warned. 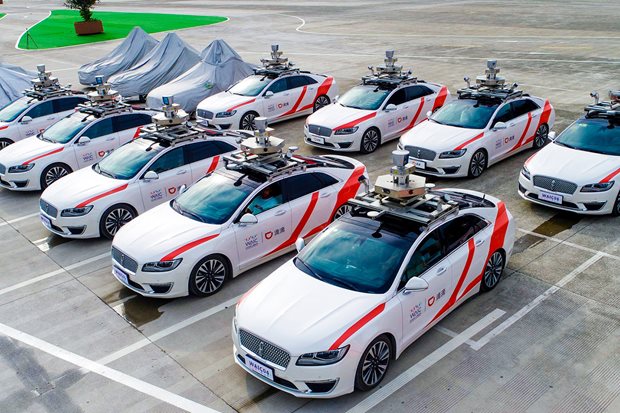