Autonomous cars and the Laws of Robotics

While it's easy to get lost in the promise of autonomous cars, our Insider explores some issues that render our autonomous future a little more distant than you might be expecting.

THE EYES of senior industry executives always light up when you ask them about autonomy.

First published in the April 2017 issue of Wheels Magazine, Australia’s most experienced and most trusted car magazine since 1953.

It’s a chance for them to look like visionaries, to riff on a bright, shiny future. Instead of old-fashioned dinosaurs, they become tech pioneers, promising the almost-there future of click-and-go mobility.

Snake oil salesmen might be closer to the truth, especially as the yawning chasm between the hype and the reality of autonomous cars becomes increasingly obvious. Because the auto industry is guilty of deliberately sowing confusion about what self-driving cars will, and won’t, be able to do. 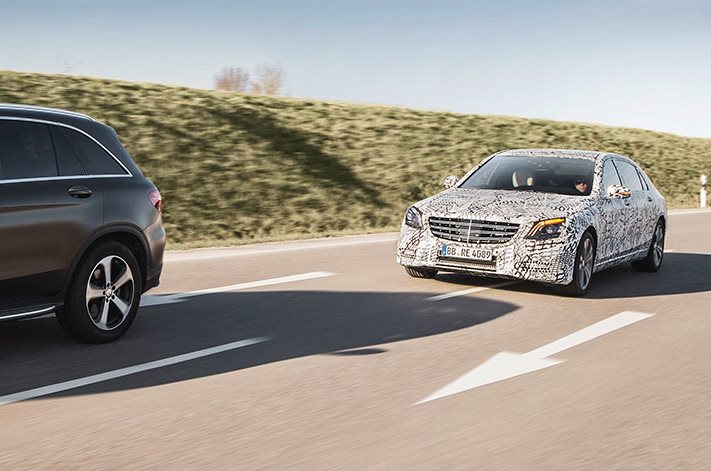 It’s true that basic autonomy will become commonplace. These are the augmented cruise control systems that we’ve already seen, and which will get smarter and better able to deal with challenges outside the multi-lane highways and stop-start traffic that the current systems can manage.

They’re coming, and you’ll be able to buy one soon – Mercedes reckons half the cars it sells will have some form of Drive Pilot within five years.

But they’re not really autonomous, requiring the driver to remain in charge of the car and ready to take full control at any time.

The prospect of a car capable of doing the whole ‘home James’ bit while you slumber in the back – what the boffins refer to as ‘Level 5’ autonomy – is a pot at the end of a far-distant rainbow.

The problem isn’t the technology, which will get us there eventually. It remains the human-machine interface, both in terms of over-trust – early studies suggest some drivers think autonomous cars are capable of far more than they actually are (like the cruise control scene in Anchorman 2)­ – and the fact that people are likely to quickly realise they can game the system. 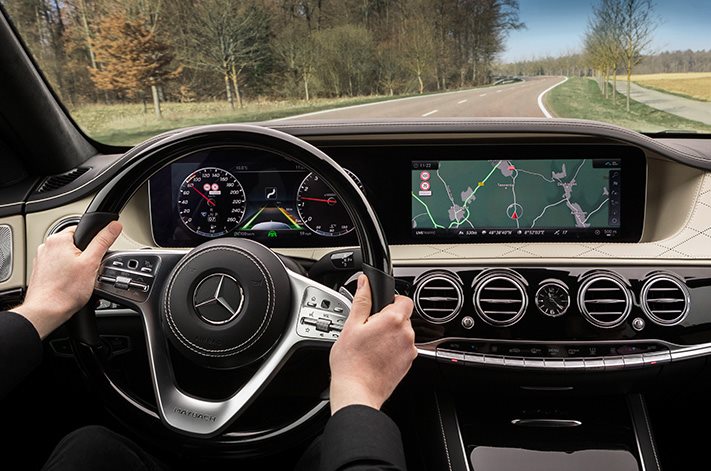 Self-driving cars are going to operate to a code similar to Isaac Asimov’s “Laws of Robotics” – never deliberately causing harm. And that’s set to be a problem, in terms of conventional cars and autonomous vehicles sharing road networks (see below).

The only obvious answer is to restrict certain areas to fully autonomous operation, something even the most enthusiastic adherents don’t see happening any time soon.

At a recent event, an Audi autonomy engineer admitted that his team is still struggling with creating cars capable of navigating US four-way stop signs, which require drivers to effectively yield to each other.

He described the challenge of crowded megacities as being “several magnitudes” harder than open-road autonomy, citing Mumbai and Naples as the toughest environments.

Does anyone really think Sydney and Melbourne are going to be much easier?

Hence the provisos like “gradual” and “phased” that are getting mixed into the grandiose autonomy venacular of senior executives. The wait for a truly self-driving
car is going to be a long one.

Hit me, I’m a robot
The Volvo’s ‘Drive Me’ trial of partially autonomous XC90s is using unmarked cars after the risk of other road users deliberately testing the robo-car’s observation and braking skills was identified as a real one.

And why would a pedestrian wait patiently for a green man if they know the approaching car will stop safely if they step out?

For that matter, who wouldn’t be tempted to gain a bit of an advantage in traffic at the expense of the autonomous car that will always back off when you chop in front of it?

In a world suddenly filled with cars that must adhere scrupulously to all traffic laws, will the aggro dickhead in a battered shitbox end up king?