RIDE share company Uber has banged yet another nail in the coffin of taxi drivers the world over, launching a trial of self-driving cars in sunny California.

The only problem is, it hasn’t even contacted Californian authorities to ask if it is okay to mix its robotic fleet with real-world drivers.

Uber already uses “self-driving” Ford Fusions in Pittsburgh, but has expanded its experimental service to its hometown of San Francisco using Volvo XC90s.

However, California’s Department of Motor Vehicles requires companies to apply for permits to trial self-driving cars on its roads. Permits have already been issued to 20 companies, including Google, Tesla, GM, Ford and Honda – but not Uber.

The company’s vice-president of self-driving technology, Anthony Levandowski, was unapologetic, offering a tongue-in-cheek reference to what’s turning out to be a history of side-stepping regulations. 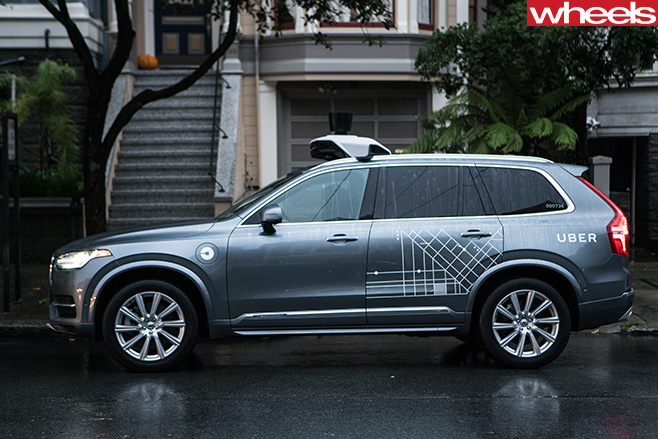 “Before you think, ‘there they go again’ let us take a moment to explain,” he wrote on Uber’s website.  “The rules apply to cars that can drive without someone controlling or monitoring them.

“For us, it’s still early days and our cars are not yet ready to drive without a person monitoring them,” he said.

Similar to the cars driving around Pittsburgh, San Francisco’s autonomous cars will all be monitored by a safety driver and an Uber test engineer. Customers using UberX, the cheapest private ride offered by the platform, will be the guinea pigs.

Users will be notified via the company’s app that their car will be one of the test vehicles, and given the opportunity to opt out and ride in a more conventional car.

The company released a video on twitter promoting the launch of the new service.

Self-driving Ubers are on the road in our hometown. pic.twitter.com/4YMDC6r7Lg

The XC90s are fitted with laser-based sensors, wireless technology and seven different cameras that help them drive autonomously. The Uber driver is used to start and stop trips, but the technology takes care of the bulk of the work.

Passengers will sit in the back seats, but will be able to play with a large touch screen that displays the vehicle’s planned route, and a rendered version of the outside environment that the car’s electronics ‘see’.

The trial already has already had its first potential hiccup: a video uploaded to YouTube earlier this month shows dash cam footage of one of the Volvos running a red light.

It’s not known if the driver or the car’s electronics were in control at the time.