FORD has announced it wants to ditch the steering wheel by 2021. And the accelerator pedal. Oh, and the brake pedal, too.

After sitting by and watching other carmakers announce plans to roll out self-driving cars, Ford announced last night that it wants to join the rush.

But before you get nervous, whatever Ford comes up with won’t be for your driveway. Instead, the smartest Ford ever conceived will trawl city streets, serving the needs of the ride-hailing and sharing services that several carmakers are now backing as the next big thing in transport.

It will have a tough challenge ahead, with software and search giant Google, and computing and smartphone maker Apple both believed to be working on similar, and far more advanced, concepts. 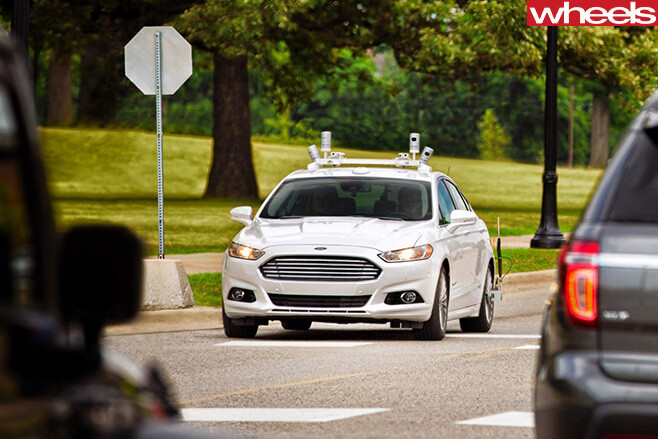 Ford global chief executive Mark Fields made the announcement at a press conference in Dearborn overnight, adding a nervous “Woo!” to break the silence that followed.

“The next decade will be defined by automation of the automobile, and we see autonomous vehicles as having as significant an impact on society as Ford’s moving assembly line did 100 years ago,” Fields said.

“We’re dedicated to putting on the road an autonomous vehicle that can improve safety and solve social and environmental challenges for millions of people – not just those who can afford luxury vehicles.”

Fields said the self-driving car would be built in “high volumes”, and developed to fall under the Society of Automotive Engineers’ level four rating for autonomous driving, classed as “high automation”.

It means the future Ford will be able to handle “all aspects of the dynamic driving task, even if a human driver does not respond appropriately to a request to intervene”. In other words, the car should be able to cope with almost every situation by itself, apart from things such as extreme weather. 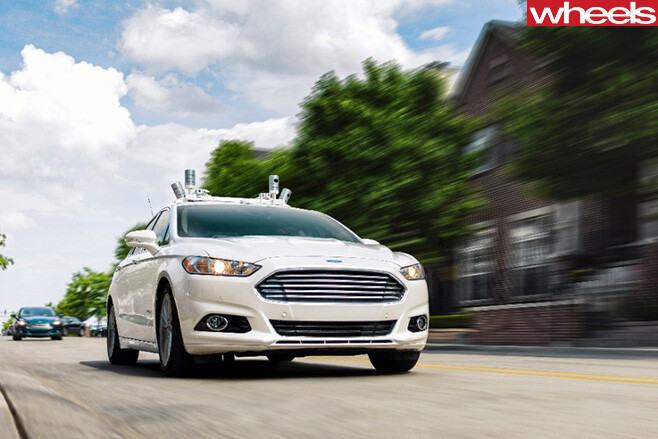 Ford has also brought out the chequebook, luring four Silicon Valley start-ups to work with it on the project. It will also triple its fleet of self-driving test mules to 30.

The carmaker will also extend its Silicon Valley-based research and development campus, adding an extra two buildings, dedicated to the autonomy project, to the facility it opened there in 2015.