Race to autonomy: who are the key players?

Research ranks the carmakers pushing towards a self-driving future, and puts established marques on top

RESULTS of a study conducted by a US-based research company suggest the first carmaker to turn autonomous vehicle talk into reality is most likely to be an already established player, and not a younger startup.

While dynamic tech companies like Google, Uber, and even Tesla grab headlines, the research claims Ford is the brand leading the charge and the best placed to put a truly autonomous vehicle to market.

The report by Navigant Research outlines the autonomous state of play across 18 major companies pursuing fully driverless cars. Each is ranked based on nine criteria, including the status of their tech, go-to-market strategy, production prowess, staying power, and sales, marketing, and distribution. 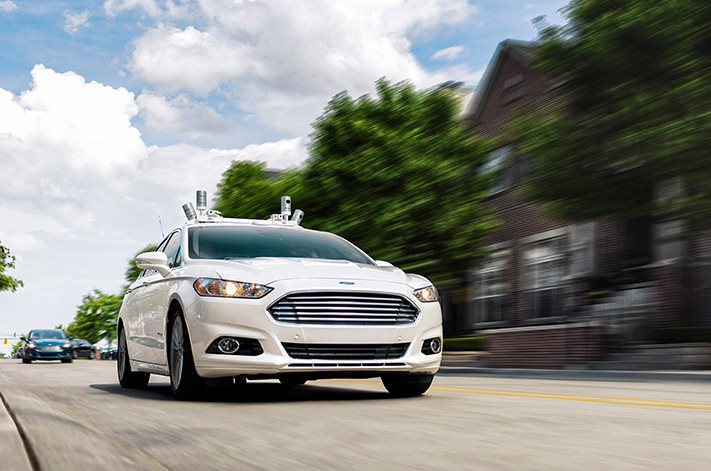 Navigant’s analysis shows that although brilliant tech companies are in the mix, there is no replacement for the wisdom, knowledge, and established systems of pedigree carmakers.

“The technology is great, but unless you can build tens of thousands of cars and get people in those cars, it’s not really all that useful,” says Navigant’s Sam Abuelsamid, who wrote the report with David Alexander and Lisa Jerram.

So who will be first? Below are the top five according to Navigant:

The 113-year-old car manufacturer ranks first largely due to being well equipped to bring the tech to the masses. Ford will invest US$1bn over the next five years, and has committed to a truly self-driving car with no human controls by 2021.

Last month GM announced it has already built 130 self-driving Chevrolet Bolt test vehicles, and revealed it invests US$600 million a year into its autonomous efforts.

The Renault-Nissan alliance is working to launch a range of autonomous capable cars in US, Europe, Japan, and China through 2020, and will sell cars with “multiple-lane control” by 2018.

Working with Bosch, Daimler is targeting a 2021 autonomous capable launch for Mercedes-Benz. The new S-Class flagship will usher in the brand’s latest and greatest tech, but it will filter to its more accessible C- and A-Class models almost immediately. Testing of this autonomous tech has already taken place in Australia.

VW revealed a fully autonomous concept called ‘Sedric’ earlier this year. Restructuring of the brand’s core automotive business has shifted more of its focus towards autonomous and electric tech to launch by 2025.

Since Navigant’s research findings were published, Audi has thrown down the gauntlet with the reveal of its new Audi A8. Audi claims level three autonomous capability, which will make it the most advanced vehicle available to the public when it goes on sale, but the idyllic notion of a fully self-driving car is yet to be realised.

Following on from those above and filling out the top ten is BMW, Waymo (Google), Volvo, Delphi, and Hyundai. Navigant Researched issued a graph (shown below), explaining how the brands ranked in finer detail. 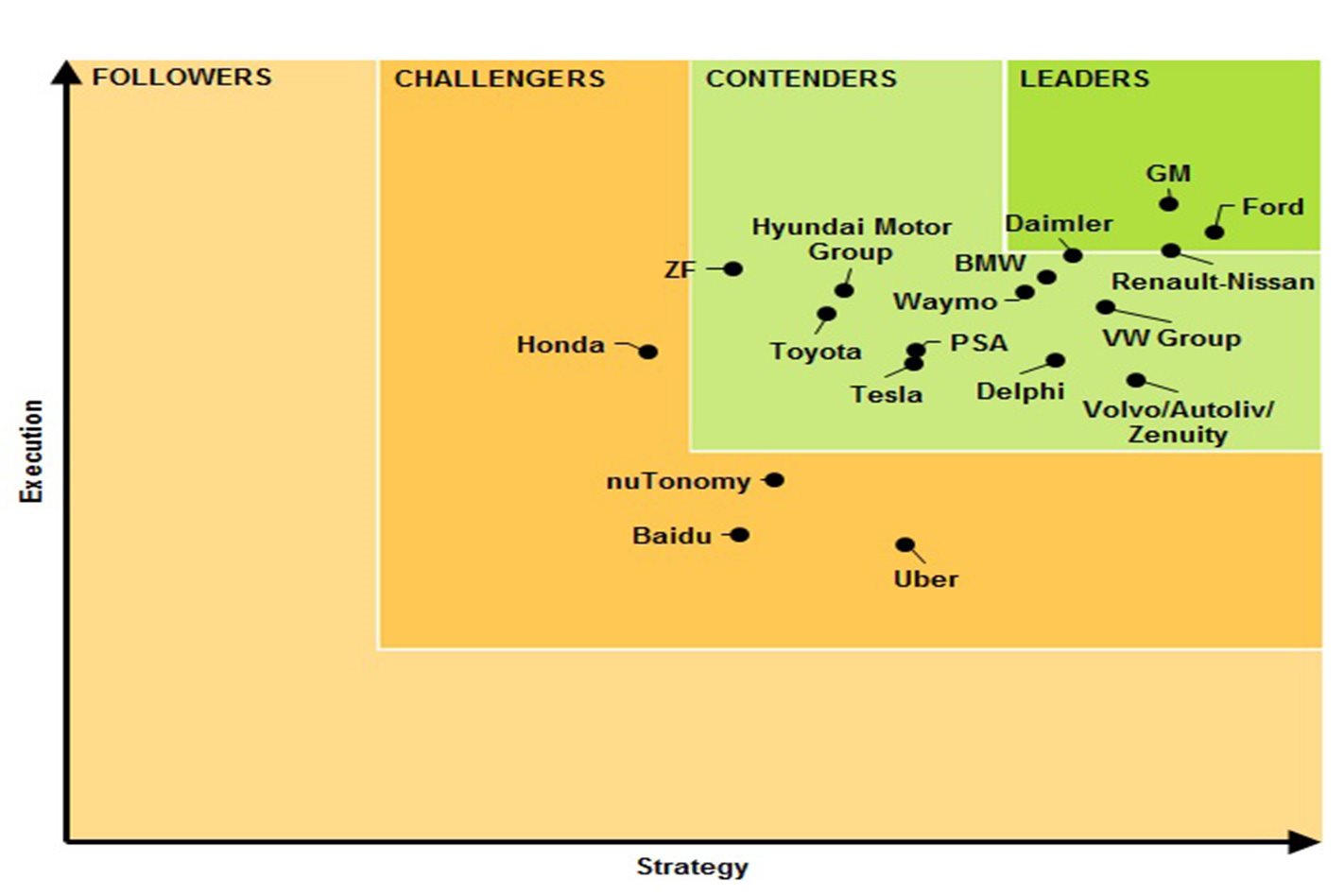 BMW, although ranked outside the top five, is making considered strides toward its development and production of a mass-market self-driving car. The German manufacturer will massively boost the number of people it has working on autonomous driving tech, from around 600 at the moment to 2000 in the near future.

It’s building a special facility near Munich for them to work in. And, through the second half of this year, it will complete the build of a fleet of 40 7 Series fitted with prototype autonomous tech.

The race to full autonomy is well and truly on.