Bentley has released images and a video of its next model, the 2020 Bentley Flying Spur ahead of the official launch to be held in England on June 11th.

As part of its 100th anniversary celebrations in 2019, Bentley says that its third generation Flying Spur grand touring sedan will “set new standards of both driving enjoyment and luxury.” 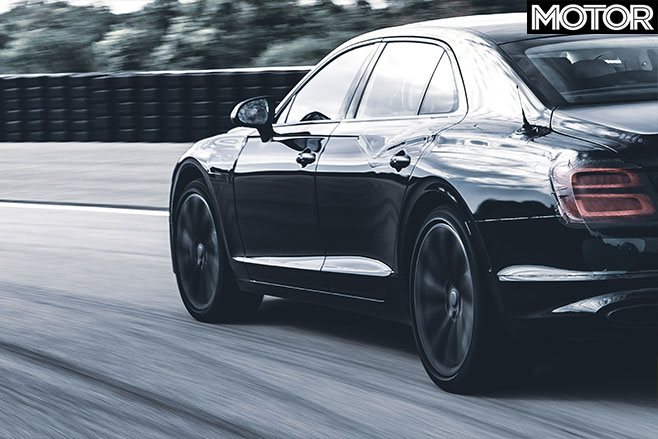 The Flying Spur sedan will be the very first Bentley model to include all-wheel steering which will aid both performance and convenience steering the rear wheels in the same direction as the front wheels when required.

The car will be all-wheel drive, but will only send power to the front wheels if any slip is detected. At all other times, the Flying Spur is rear-wheel drive, providing the handling that intended to rival the Rolls Royce Ghost and the Mercedes Benz S65 AMG.

The car will also have Bentley’s Dynamic Ride system, which is also seen in the Bentayga. The system minimises body roll in cornering but also improves ride comfort over rough surfaces.

The second generation of the car, launched in 2014, dropped the Continental name and added a V8 to its engine line-up. In 2016, more powerful versions of the twin-turbo V8 and W12 were added, producing 373kW and 660Nm, and 460kW and 800Nm respectively.

No pricing figures have been revealed yet, but with the current generation placed at $423,160 for the W12, it will be a rare sight to behold on the roads of Australia.