Bentley to build an SUV 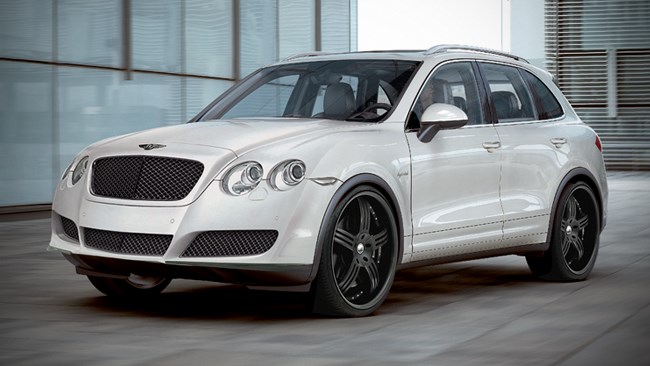 New Bentley boss Wolfgang Durheimer has revealed one of marque’s worst kept secrets, confirming that an uber-luxe Bentley SUV is currently under development.

The recently released Volkswagen Touareg and current Porsche Cayenne share common underpinnings, as will the next generation Audi Q7 that is due in 2013. For a company with Volkswagen Group’s technical might behind it, a fourth variant that would fit the brief for a Bentley SUV can’t be impossible.

Ten years ago, the same move worked for Porsche during its sales revival, as the Cayenne continued the sales momentum started by the Boxster. Durheimer himself was instrumental in the SUV’s success during his time at Porsche as Research and Development boss.

Currently, almost 60-percent of all Porsche sales in Australia are Cayenne purchases. Stuttgart’s successful model rethink, after building two-door sports cars exclusively in the early 90s, to churning out fast, premium SUVs suggests a similar move could also be a success for Bentley.

The team at Crewe are already in thick of Volkswagen Group’s technical development projects, producing an all-new 4.0-litre forced induction V8 for the Continental GT, that will also sit beneath the nose of Audi’s S6 and S7.