Fifty years after the original 02 range was launched, BMW brings it back with a modern-day twist.

BMW has given itself another present in celebration of its 100th anniversary, revealing the BMW 2002 Hommage concept that arrives half a century after the launch of the 02 range.

“This compact coupe is one of the vehicles which made the brand what it is today.The 2002 sat at the top of the range and was the first series-produced car anywhere in Europe to come with turbo technology. That set the seal on the coupe as a genuine sports car,” he said.

“At the same time, the 2002 Turbo was at the technological vanguard of engine development at BMW. The BMW 2002 Hommage is our way of raising a glass to all these achievements.” 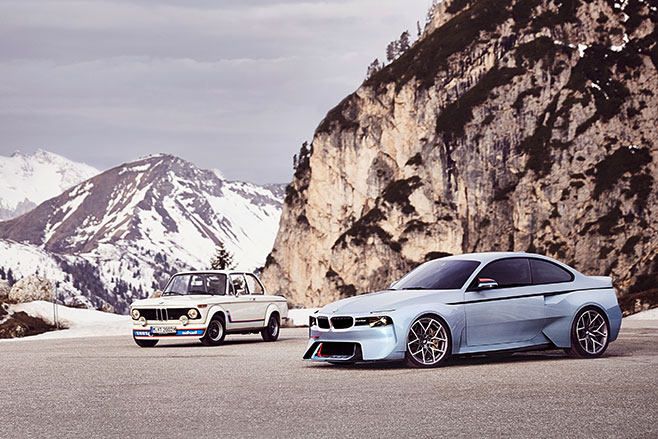 “Aerodynamic details like the large spoilers at the front and rear team up with the profusion of air intakes to optimise airflow around the car and maximise downforce in every driving situation,” BMW said.

The modern-day interpretation ditches the chrome that ringed the original in favour of a carbonfibre strip that is used to split the body up into distinct sections.

BMW said a particularly striking feature of the car’s flanks are the “voluminously moulded wheel arches, which frame the body like four brackets and add stature”. 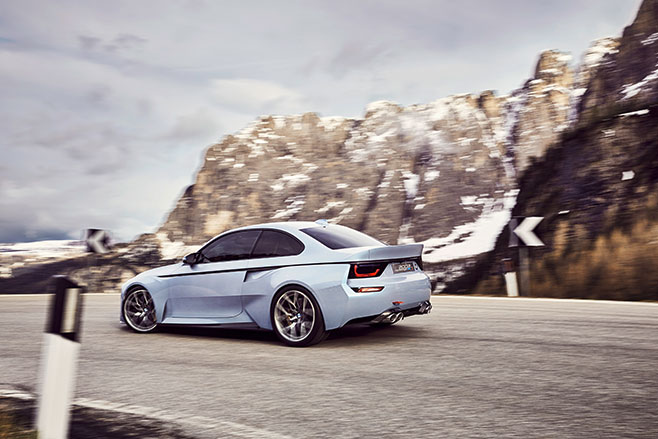 “In the process, they recall the homologated version of the BMW 2002 turbo, which needed broad extensions bolted onto its body to accommodate a significantly wider track,” BMW said.

“The Hommage car integrates this detail neatly into flanks designed with clear dedication to the job at hand.”

There’s other visual cues that take inspiration from the original. There is the blacked-out grille, and a set of indicator repeater lamps that sit above the single-lens headlights. The word “Turbo” is reversed out on the splitter, just like the 1970s-era car.

Unfortunately BMW gives us no word as to what’s under the bonnet, but the original car – BMW’s first production turbo – used a turbocharged 2.0-litre four-cylinder engine producing 127kW/240Nm. 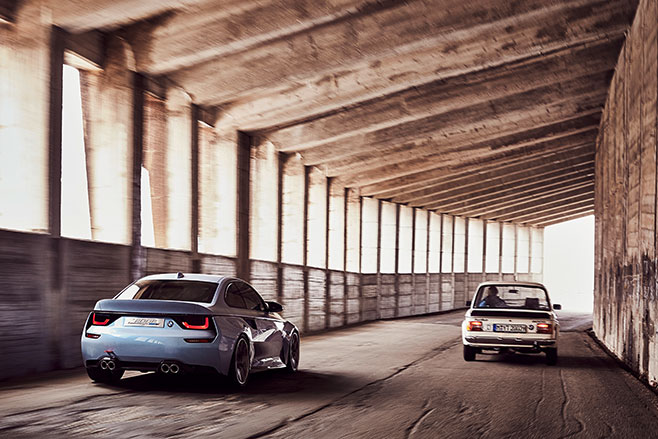 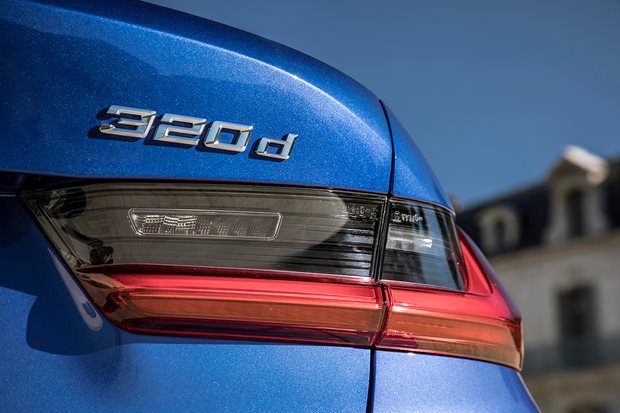