You can buy the BMW 750iL Tupac was shot in

It’s morbid, but the car involved in Tupac Shakur’s death is up for sale, and has been for a while

If ever there was a used car with a niche target market, it’s this. It’s the 1996 BMW E38 750iL which was once owned by Death Row Records, becoming notorious as the car in which rapper Tupac Shakur (or 2Pac) was shot multiple times.

Restored and reconditioned since it was involved in the shooting, the car is for sale by Las Vegas-based dealership Celebrity Cars, which has the baller Bimmer priced at USD$1.75 million (approx. AUD$2.55m). Not only is that a hefty price regardless of how much you like classic rap or V12 limos, but it’s also more than the original listed price.

The car has been for sale for a couple of years, appearing on the History Channel show Pawn Stars in early 2018. Then, the car was listed at USD$1.5 million (AUD$2.19m).

The listing on the Celebrity Cars site shows images of the odometer at 121,043 miles, which is almost 195,000km, which were supposedly a result of Death Row co-founder Suge Knight’s driving.

It’s unlikely the 7 Series has seen much action since the night of the shooting in September 1996, when Knight was reportedly driving with Shakur after the two had seen a boxing match at the MGM in Las Vegas.

MORE: Celebrities and their affairs with cars 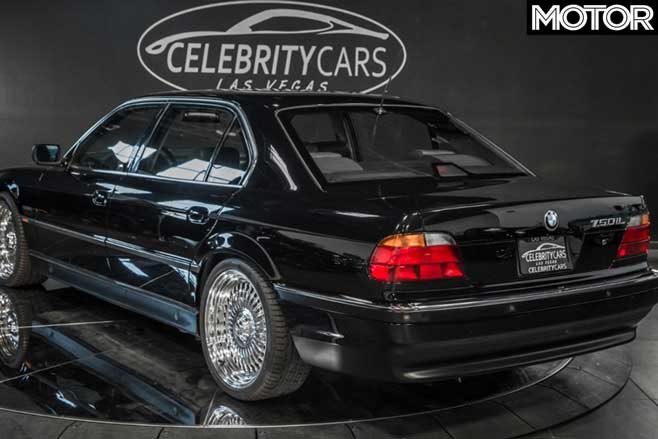 The stories and rumours surrounding Shakur’s death involve suggestions of Los Angeles gangs or The Notorious B.I.G being to blame, but what is known is that several bullets hit the car and Shakur – even Knight was injured in the shooting.

Whether the car is worth its asking price is debatable, and the argument could be made that it’s less valuable having been restored since the shooting, but the fact it’s been sitting in a showroom for more than two years goes some way to concluding that debate.