BMW announced today it will build a faster, lighter, and more agile M3 and M4 with a new Competition Package it’s readied for the model.

Due to release this March, the Competition Package will raise the 3.0-litre twin-turbo inline-six’s power in all M3 and M4 variants from 317kW to 331kW.

Torque outputs remain at 550Nm, but BMW claims the newfound huff carves a tenth out of the car’s 0-100km/h sprint. A dual clutch equipped M3 sedan and M4 coupe are now claimed to hit triple figures in 4.0sec flat. 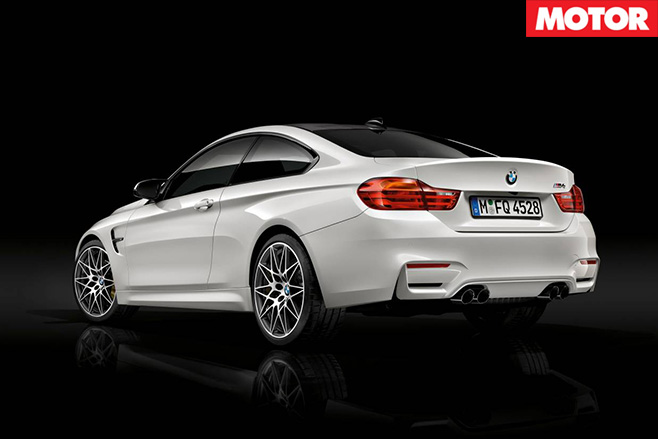 Attention, too, has been paid to the car’s dynamic package.

‘New’ springs, adaptive dampers, and anti-roll bars are also said to have been used, and are complemented by a re-tuned stability system and M differential.

Style-wise BMW’s added ‘lightweight’ new seats, however whether they’ve ditched electric adjustment is not yet known. They’re matched to seatbelts streaked with thin stripes of the iconic M colours. 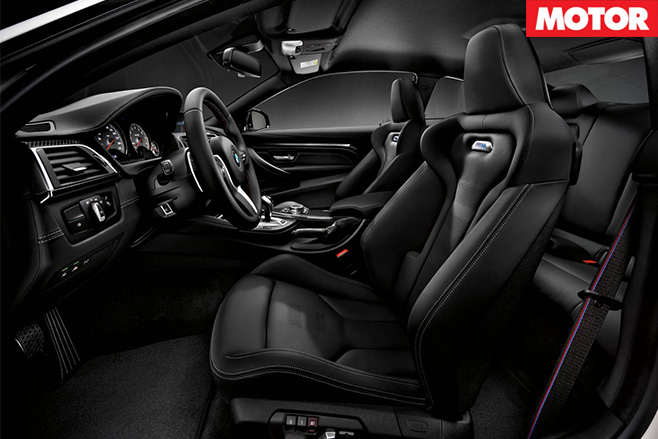 After the recent slash of the M3/M4’s price, we can imagine the competition package will help BMW offer a more premium variant for those discerning.

But as for how much more premium, BMW Oz is yet to say how much the Competition Package will add to the M3 and M4’s price, as while 'very' interested, it has not yet confirmed the pack for local cars.