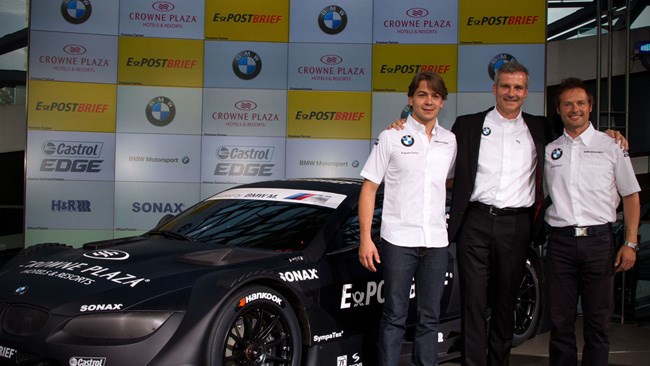 BMW has unveiled the car that it will mark its return to the DTM in 2012. The matte black M3 DTM Concept was revealed at BMW headquarters in Munich

BMW has unveiled the car that it will mark its return to the DTM in 2012. The matte black M3 DTM Concept was revealed at BMW headquarters in Munich, along with the presentation of first two drivers factory-backed drivers.

Two-time World Touring Car Champion Andy Priaulx (38) will return to full-time racing after BMW pulled the WTCC pin at the end of the 2010 season.

“The BMW M3 DTM looks fantastic,” said Priaulx. “I can hardly wait to get to know the car better in the coming tests, to contribute to its development, and ultimately to sit in the cockpit for the first DTM race in 2012.”

Priaulx will be joined once again by his 2010 WTCC team-mate, 27-year-old Augusto Farfus, who has also enjoyed success with BMW. Farfus has notched up 15 wins in the WTCC, along with outright victory in the 2010 Nurburgring 24 Hours.

DTM regulations require engines to be fitted with an air restrictor, meaning the DT M3’s V8 will pump out around 353kW. It should hit 100km/h in 3.0sec and a top speed of 300km/h.

“It is good to see how our DTM project is picking up speed,” said Klaus Draeger, BMW’s Motrosport Director. ”Next year, BMW returns to the DTM after two decades. We will be facing our main competitors in the premium sector – and are already looking forward to this challenge.

The DTM comeback sees BMW return to its roots. We have enjoyed great success in production car racing in the past, and I am convinced we will follow on in 2012 where we left off. Everyone at BMW Motorsport is working hard to ensure we get off to a successful start next season.”

The 2012 DTM calendar has not yet been announced. 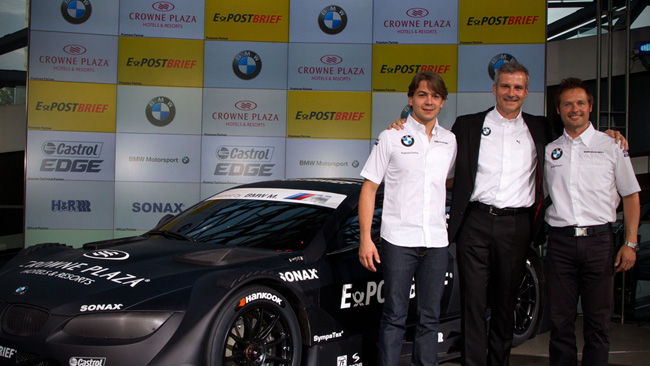 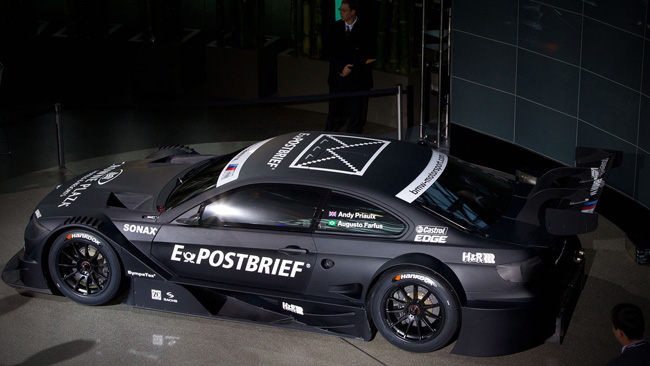