Brabus has form turning Benz models bonkers and the 1450Nm S63 AMG Cabriolet with its 350km/h top speed nears the (drop) top of that list. 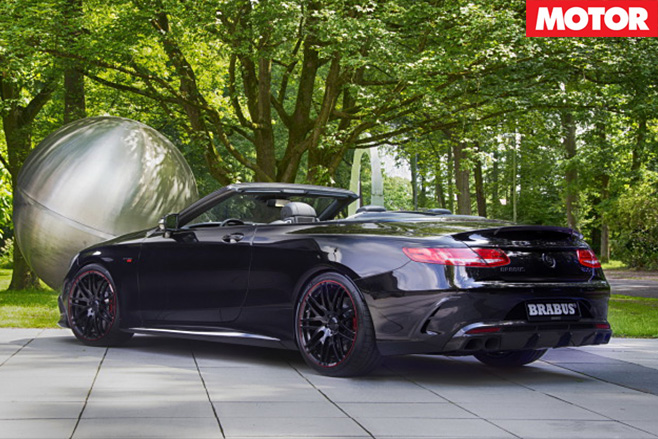 That torque figure is electronically limited to a peak of 1150Nm which is produced between 2500rpm and 4500rpm “in the interest of the longevity of the entire powertrain”. Peak power swells at just 5500rpm.

Brabus reckons the 850 Cabriolet could sprint faster than the claimed 3.5-second 0-100km/h, but traction is the limiting factor as if often the case with AMG models. In this case, however, the S63 AMG Cabriolet already runs all-wheel drive and a fat (or is that phat?) 21-inch wheel and tyre package. 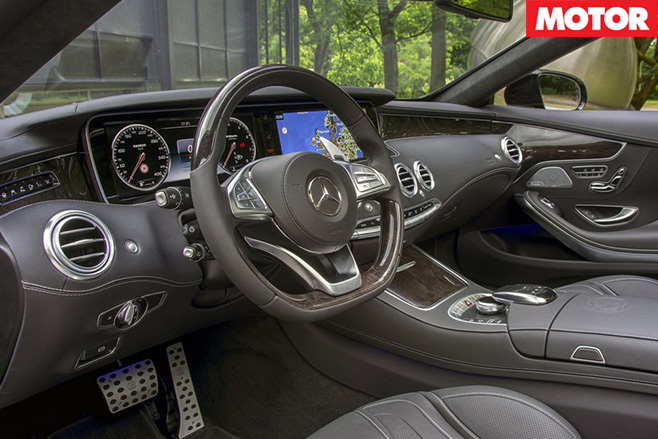 Although a half-second slower to that standing start benchmark compared with a Porsche 911 Turbo S Cabriolet – which has ‘only’ 750Nm – the Brabus turns that deficit into its lead by 200km/h claiming 9.4sec to its rival’s 9.9sec. 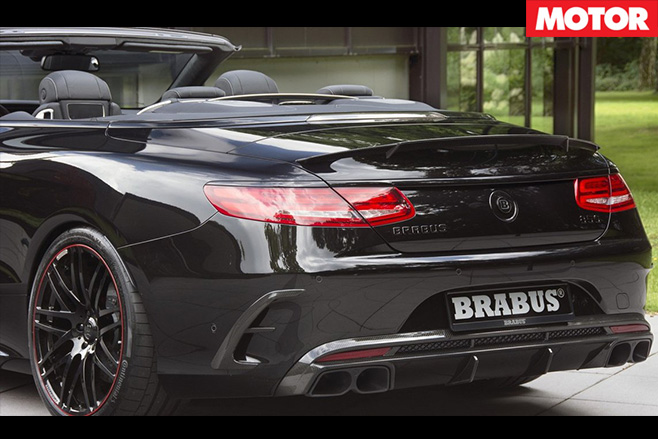 Adding power means that, in typical Brabus fashion, subtracting some subtlety from a standard luxury car package. Chrome has been removed and replaced with matte black over the grille and ‘naked’ carbonfibre aero components have been added. Perversely, though, a woodgrain-filled interior remains.

This bad Benz would look equally at home in Hollywood as it would on an autobahn, but as with all Brabus models there is no sign of an Australian introduction. The closest we’ll get to the work of a fast German tuning company is the imminent local introduction of BMW-backed Alpina.