Get excited: Chrysler is set to bring its wild rear-drive 527kW V8 thunder Down Under.

LOOK out HSV, AMG and M: Dodge is about to bring America’s most potent performance car, the Dodge Challenger Hellcat, to Oz in 2016. Even better, the next-generation four-door Dodge Charger Hellcat could also arrive Down Under in 2018, making for a formidable two-pronged V8 line-up.

The 527kW Challenger Hellcat, which could carry a price tag under $100K, is billed as the most powerful muscle car to roll off a US production line. It packs a bigger V8 punch than anything from Mercedes AMG and BMW M, and boasts almost 100kW more than the mighty 430kW HSV GTS flagship, also powered by a 6.2-litre supercharged V8. 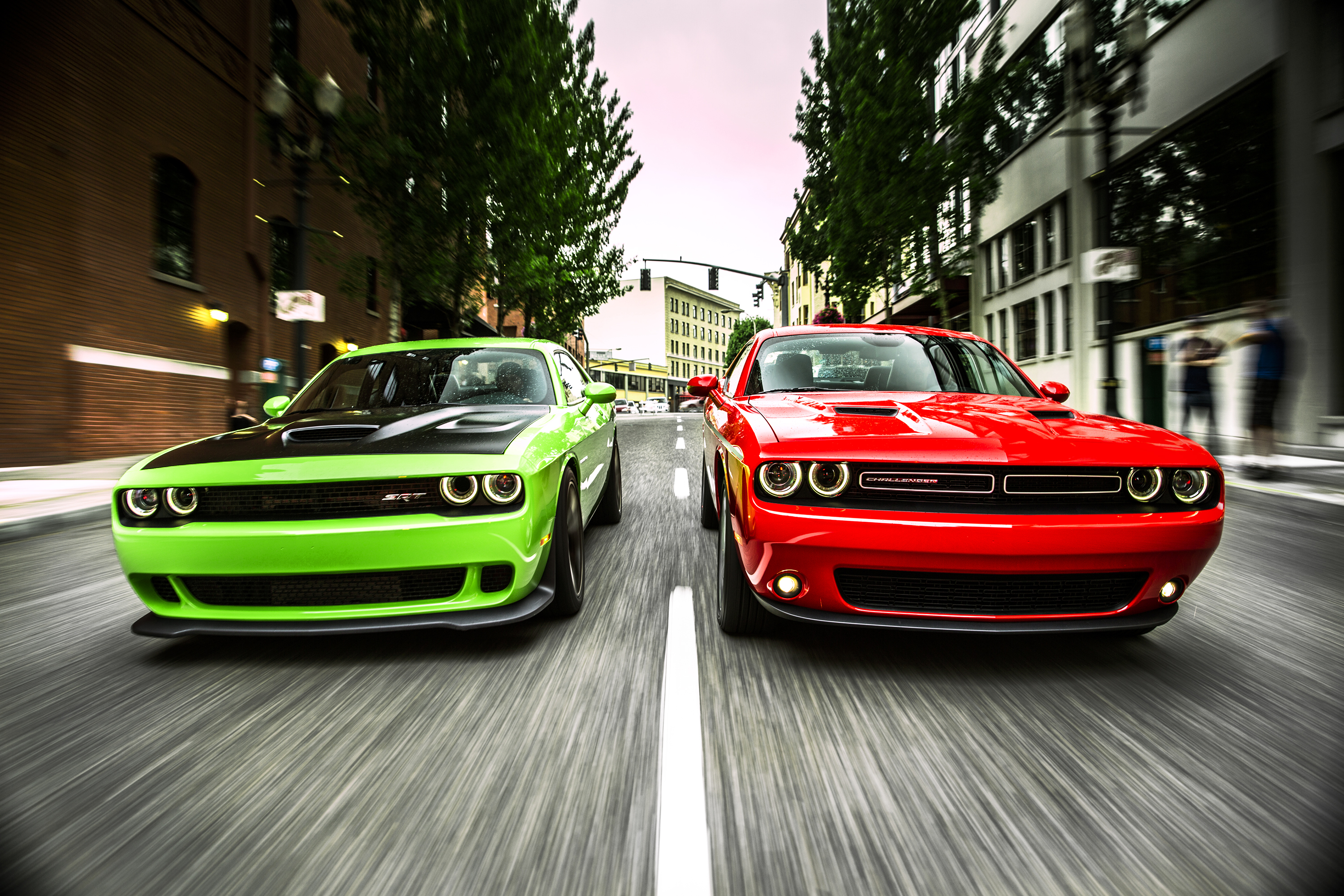 Fiat Chrysler Automobiles (FCA) Australia, which owns the Dodge brand, is building a case to import the mighty Challenger Hellcat. The V8 coupe would be the cream on an American pie that would also include regular models of the retro-infused two-door Challenger to take the fight to the Ford Mustang that arrives later this year.

Wheels understands FCA Australia CEO Pat Dougherty has journeyed to America to plead the case for the rear-drive monster, which can hit 100km/h in less than four seconds and cover the quarter-mile in a Ferrari-like 11.2 seconds.

“The Dodge Challenger is one of the world’s most iconic vehicles, so of course we’re interested in bringing it to Australia,” Dougherty told Wheels. “We’ve done our market analysis, and we believe there’s an appetite here for a car like the Challenger.” 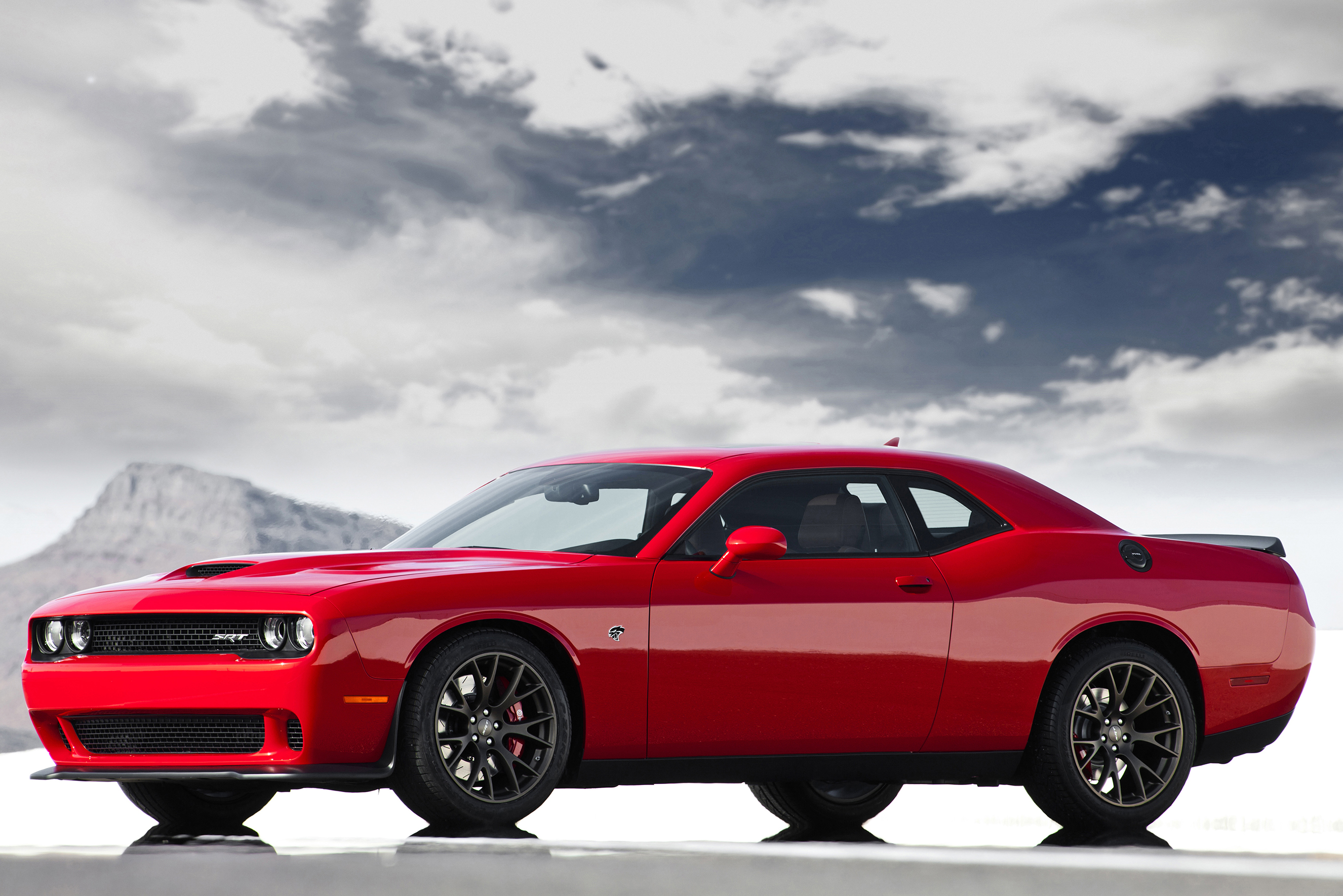 Dougherty is believed to have asked visiting US-based product planning chief Stephen Bartoli, who came to Oz in March, for the Hellcat hero for Aussie showrooms. However, he’s cautious of pre-empting factory right-hand-drive production. “While there is absolutely nothing confirmed, it’s certainly something we are looking at, and will continue to look at,” he said.

Far from waiting for the next-gen Challenger, FCA is pushing for the current car, launched in 2008 and updated in 2014.

Dealers are said to be desperate to get hold of what would be a low-volume car – prices could crack $100,000 for the Hellcat – but a crucial image-builder for a brand that has receded in recent years as FCA focused its efforts on expanding and growing Jeep and rebuilding the Fiat and Alfa Romeo brands. It’s part of a plan to position Dodge as a performance king in a market where power sells.

“I’ve always said I’d be looking at some of the terrific FCA product from around the world, and potentially mounting a case to have certain vehicles built in right-hand drive,” Dougherty said. “Steve Bartoli’s recent visit was a key part of that plan.”

The move makes sense as Ford and Holden wind down Falcon and Commodore production, which will likely see the end of affordable rear-drive cars. 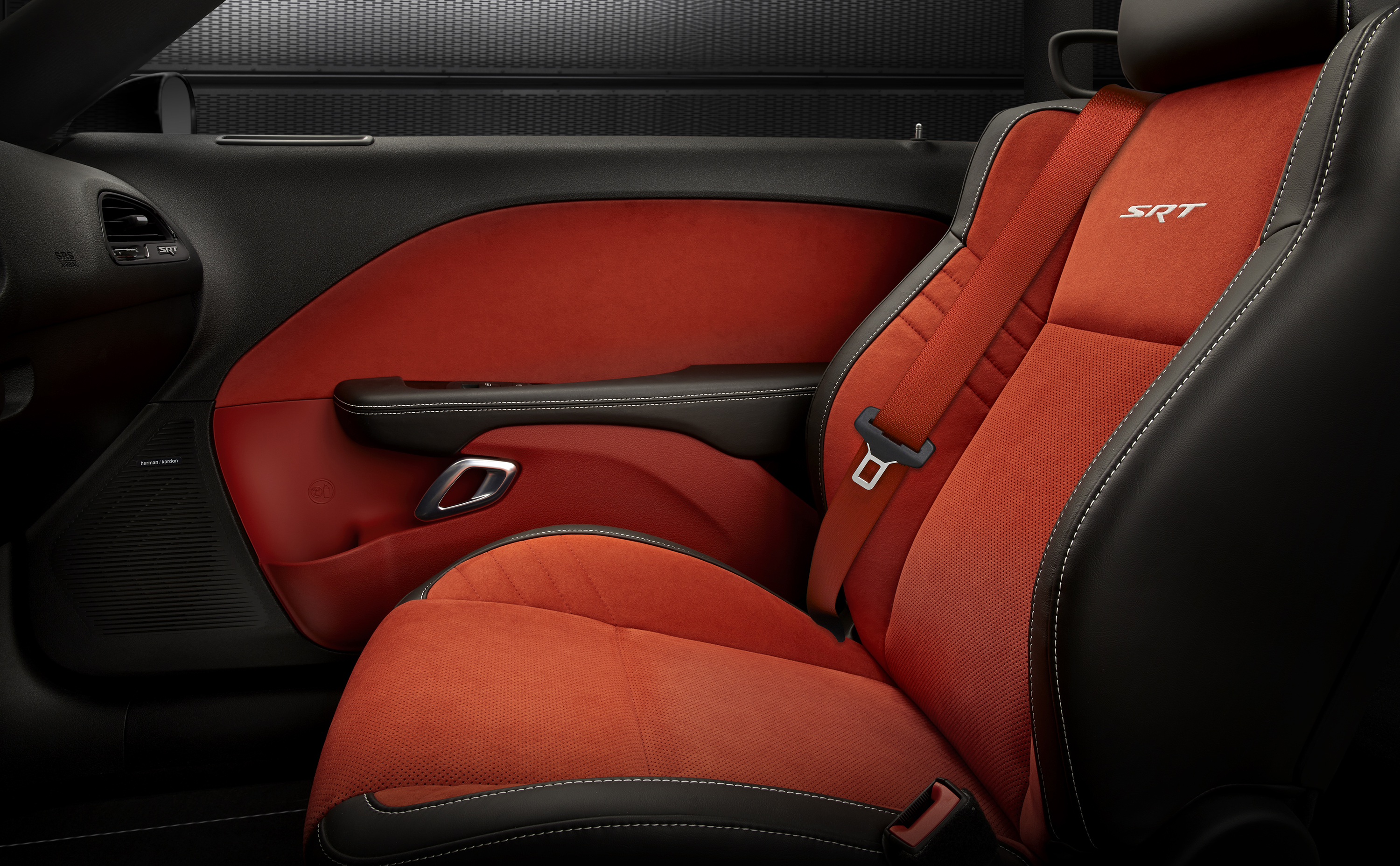 It’s not the first time Australia has looked to get the Challenger and Charger to Australia. Previous FCA management looked at both but ruled them out because of the substantial engineering costs involved in converting them to RHD for the comparatively small Australian market.

Fiat Chrysler global COO Mike Manley was cautious when asked in January about the Hellcat’s prospects for Australia.

“You could argue that the vehicle would sell itself. But there’s a whole host of things that would come with it, not ignoring just the engineering work that [goes] into creating a right-hand drive. I have no idea, by the way, if that Hellcat engine would package in right-hand drive. Packaging would be the very, very first thing [we] have to look at. Then you have all the homologation; you have to support that vehicle.”

Wheels understands that the business case has progressed internally and is now being considered by executives at Chrysler’s Michigan head office.

Dougherty is key to this latest push. He is one of Fiat Chrysler’s longest-serving executives and was formerly vice-president of Mopar, the company’s performance arm. He has the ear of senior executives in America.

Adding weight to his pitch is that the Charger name still resonates in Australia, with the “Hey Charger” marketing catchcry still recognised four decades later. 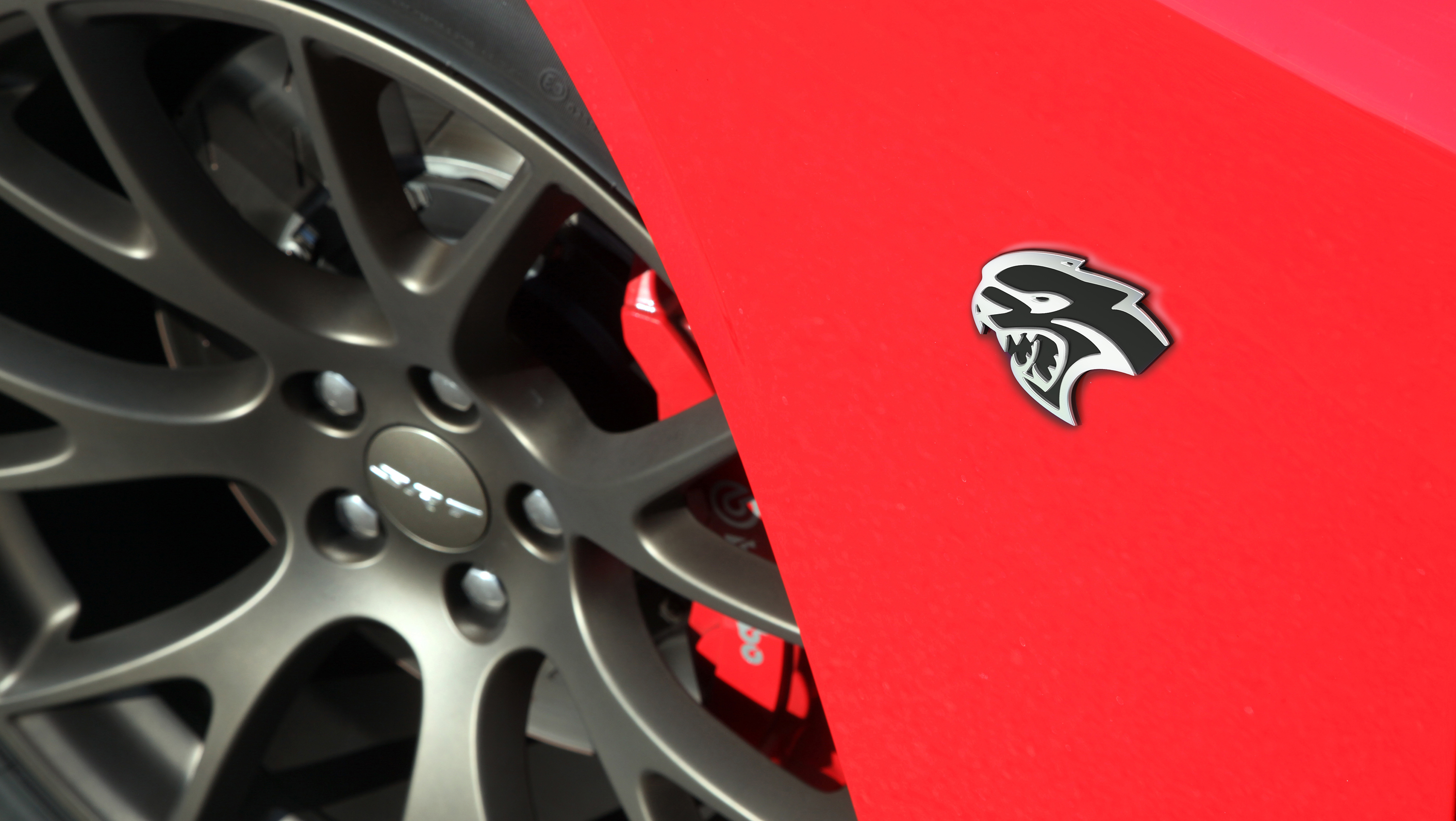 While the V8s will steal the publicity limelight, V6s will form part of the Dodge mix, appropriate given it was a six-cylinder that put the Valiant Charger on the performance map. But lovers of performance will no doubt want the Hellcat with its supercharged Hemi V8 delivering 881Nm on top of its ferocious 527kW.

The Challenger will likely adopt the iconic Charger nameplate (see separate article here) when it lands Down Under. In April, FCA registered the Hellcat name with the Australian government’s IP Australia website, following on from an ‘application for assignment’ for the Charger nameplate it already has rights to.

Local demand is unlikely to be an issue judging by the success of HSV’s GTS. Since arriving in October 2013, the $95K performance hero has accounted for about one in three HSV sales, with approximately 2000 sold.

The Hellcat ups the ante and would add American heat to a performance market long dominated by Holden, Ford and higher-priced Europeans.