The most anticipated model to come out of General Motors for quite some time now has another feather in its cap. The Chevrolet C8 Corvette’s Nürburgring lap time is fairly quick.

An upcoming documentary looking at the development of the Corvette Stingray has drawn attention to itself through an easter egg which appeared to almost certainly be an announcement of the C8 Corvette’s lap time around the Green Hell. 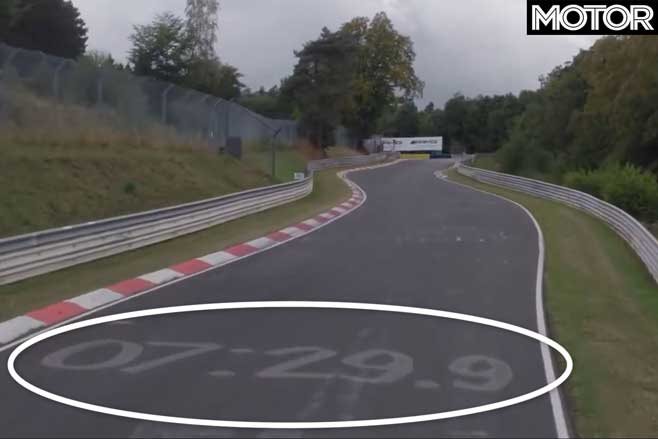 Titled Revolution, the doco (noticed by US blog GM Authority) is a look at how the C8 came to be, and a fair part of it appears to be focused on the Nürburgring testing. At about the 50sec mark in the trailer (below), the easter egg appears as graffiti rendered onto the track.

So, though 7:29.9 isn’t exactly mind-blowing – it’s in the same ranks as the first R35 Nissan GT-R and falls short of the C6 Corvette ZR1 – it’s worth noting that the Stingray is only the base model. There’s more to come from the C8-gen ‘Vette.

In search for confirmation of this time, we looked to GM’s test driver for the C8 Corvette, who tweeted about having been testing the car at the ‘Ring “last summer,” so mid-2019.

MORE: Why the C8 Corvette is good value for money

Last summer at the #Nurburgring Nordschleife.
Final stages of testing and development of the Mid-Engine Corvette Stingray. .

They let me set a laptime, 7m29.9sec, and this is the base model. Can’t wait to see what these guys develop next!
.
Fantastic d… https://t.co/lOrFhIu8am pic.twitter.com/RVVgYxQdte

Production of the C8 Corvette Stingray began during the week at GM’s Bowling Green production facility in Kentucky, on February 4th.

Of course, the car is expected to arrive in Australia in 2021, after production of right-hand drive models has commenced.