With it debuting ahead of next week’s New York Auto Show, the ZL1 lifts the sixth-gen Camaro’s performance to new levels with a healthy dollop of grunt, grip, and gadgets that sees it not only tower above a current top-spec Camaro SS, but call out the Mustang GT350R with an almighty cry.

Or maybe it’s more of a bellow, as GM has snaffled the LT4 engine from the Corvette Z06 for its new four-seat track weapon. With the 6.2-litre supercharged V8 the Camaro ZL1 will ready 485kW and 881Nm at its rivals – a smidge less than the Z06, but piles more than the Mustang GT350R’s 392kW/582Nm. 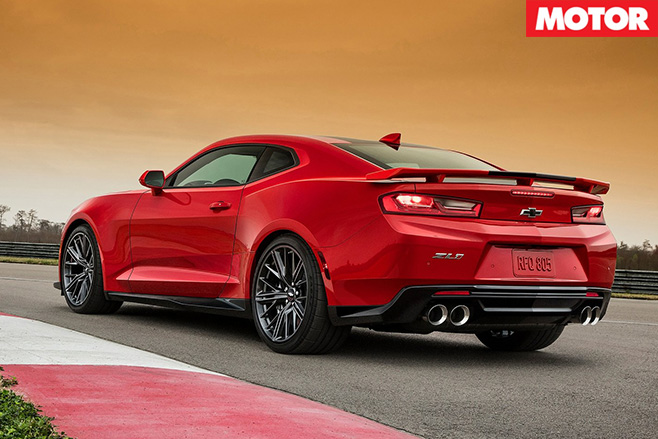 Buyers can choose to bolt either a six-speed manual or a ten-speed automatic to the donk. And yes, that’s right, we said ten speeds. The new automatic is reported to have been developed with the help of Ford, and GM is reported saying it will make its way in to seven other models by 2018. But this is its first.

Based on GM’s new Alpha platform the ZL1 is 91kg lighter than old. It’s estimated to hit 100km/h in under 4sec and cross the quarter mile line in the low 12s. 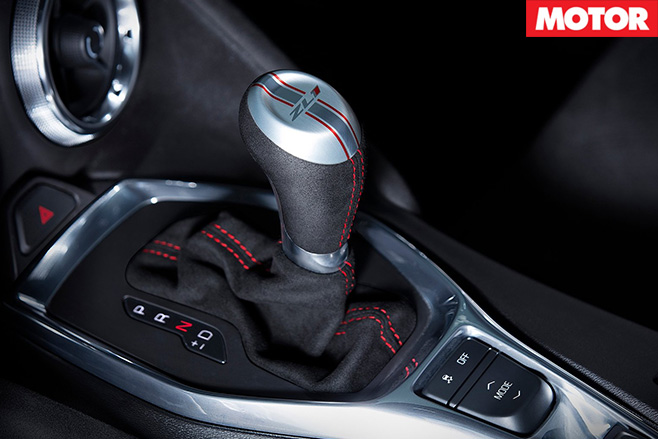 Eleven heat exchangers will cool the powertrain and will be helped by its new exterior styling. The ZL1’s front grille is redesigned to let hardware breathe, while the prominent bonnet bulge helps extract hot air from the engine bay.

An angrier front splitter and rear wing do their bit for generating downforce and help the 20-inch Goodyears, staggered in sizes 285/30 and 305/30 front to back, press in to the road. 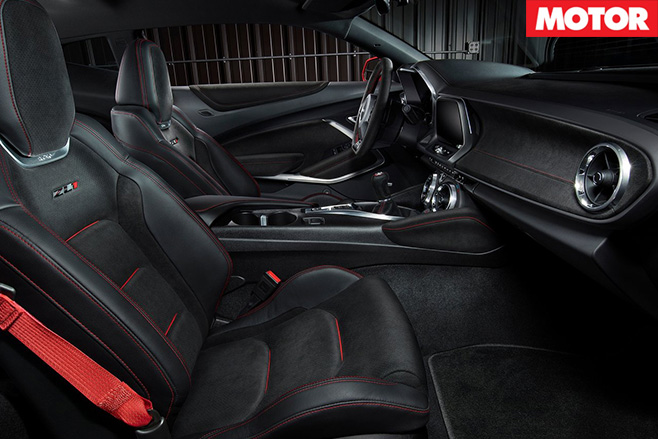 Recaro seats have been added inside along with a micro suede steering wheel and shift knob. Stitching of the items has been done in red to match its jazzy new red seatbelts. 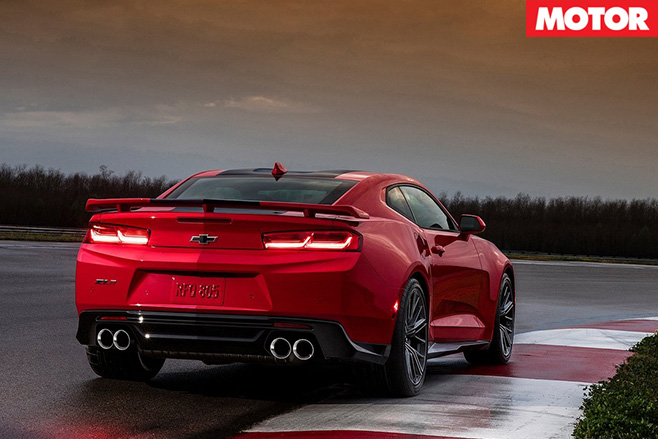 However, with the Camaro’s Alpha platform currently designed only for left-hand drive, don't expect Holden to be asking for any.