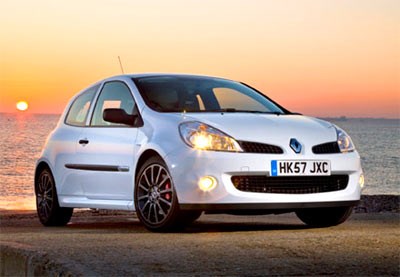 <i>Que?</i> Here's a turn up as China, that bastion of quality and high-tech design, claims Renault has shipped them problem cars.

Is the world going crazy?


The world's most populous nation, China, has placed a ban on some Renault models, claiming they don't meet national safety standards.

Yep, you got it right...China, the emerging car manufacturing leviathan that has produced a string of dodgy models that have failed to impress safety experts in more sophisticated markets, has suggested cars exported to China by the French company pose "serious potential safety risks", says Bloomberg.

The three models affected by the ban are the Laguna, Scenic and Megane models. The faults relate to 160 older-generation vehicles manufactured in 2007 and stored since then.

For its part, Renault, whose products are widely accepted as among the safest passenger cars on earth, says the vehicles in question were damaged in transit from Europe.

China's grandly named and clearly selective General Administration of Quality Supervision, Inspection and Quarantine declared that Renault should examine its quality-control measures and take steps to ensure the safety of its products.

A Renault spokesperson claimed in an interview with Bloomberg that the issues raised by the Chinese relate to "problems with the transport and storage of a limited number of cars and that there are no issues connected to manufacturing".

Renault, France's second largest car maker after PSA Peugeot Citroen, is keen to overturn the ban quickly to take advantage of the growing Chinese market, one of the few on earth where sales are booming right now. Passenger vehicle sales last month were up 47 percent to 829,100 units.