Land Rover engineering boss is confident the Defender is as safe as possible, despite no airbag for third front-row occupant

Land Rover’s new Defender has brought a return to three-person seating in the front row of non-commercial vehicles.

The reborn icon can be optioned with a jumper seat in between the driver and front passenger, meaning it can have five-, six-, or seven-seat configurations.

However, Land Rover’s engineering boss Nick Rogers confirmed to Australian media the middle occupant in the front row does not have an airbag.

The lack of an individual airbag for the middle seat in the front row is unlikely to be an issue when it comes to Euro NCAP testing, as the independent body doesn’t crash test the vehicle with a dummy in that seat.

However, Land Rover did crash test the Defender with a dummy in the middle of the front row, and remains confident that the Defender is as safe as possible. 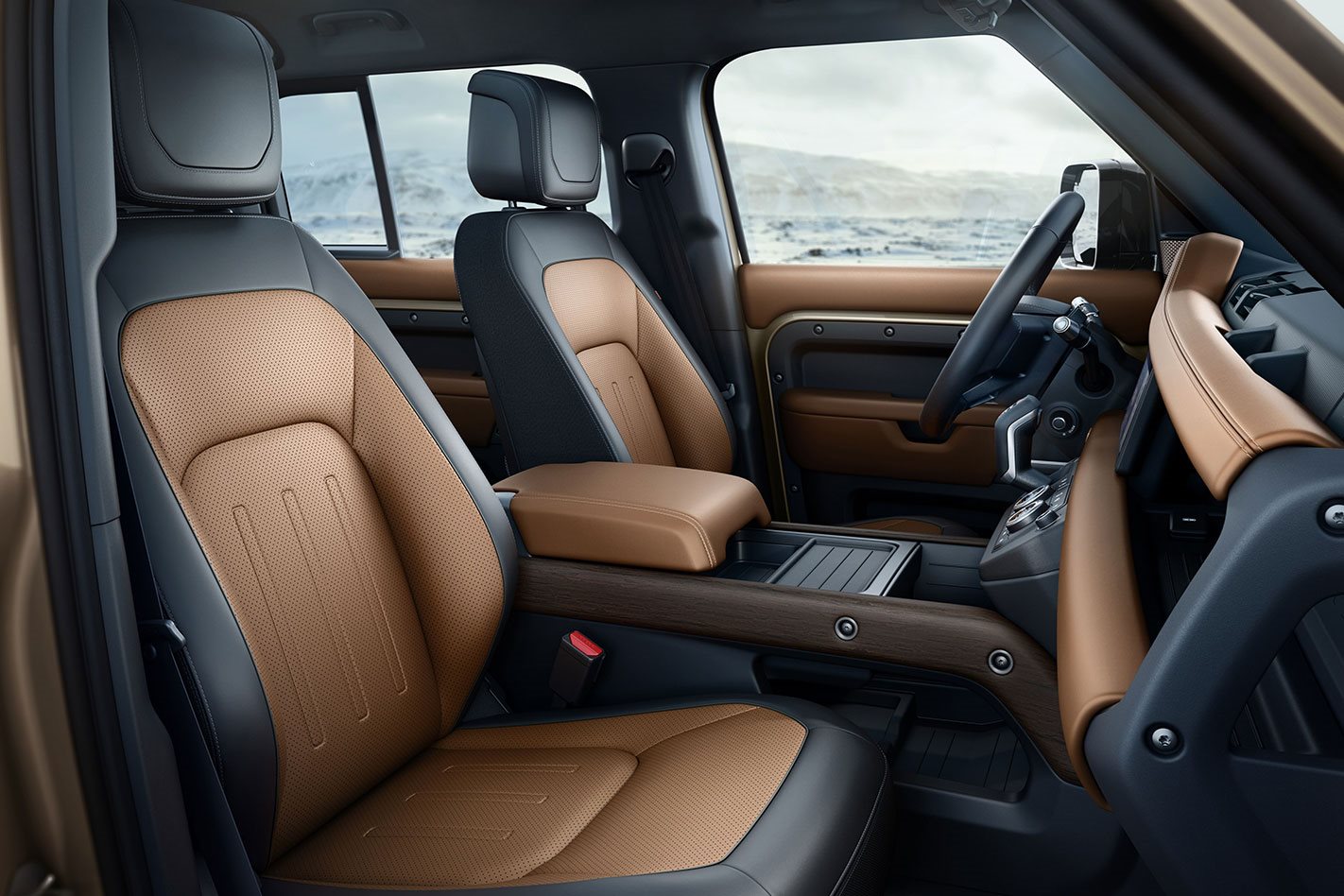 Rogers refrained from making a prediction about what the Defender’s NCAP safety star rating would be, but said: “We are following every protocol that NCAP develops, and far more than that, and we have engineered everything to be in line with the latest consumer testing, which is way beyond any legal requirement.”

There were challenges in ensuring the Defender with its optional seating configuration remained safe for occupants.

“It is a complete standalone seat with its own seatbelt, and it is an independent structure.”

For Rogers, ensuring the vehicles he works on are as safe as possible is a deeply personal issue.

“I got crushed in a car crash when I was 15 when my mate first passed his test and borrowed his mum’s car,” he said.

“We hit a bridge on my side of the car, and my legs were crushed. So, I’ve always had a personal feeling that safety is quite important.

“As engineers, it is our ultimate responsibility, and every one of those consumer tests with Euro NCAP, it is never even a conversation not to do it. We have to be responsible. It is your duty as an engineer who thinks not only about the occupants in the car, but also about other people you could unfortunately run into.”