After what could be the longest-burning reveal in automotive history, the second-generation Honda NSX has lobbed at the Detroit Auto Show.

Acura-badged and US developed, the successor to Japan’s original ground-breaking supercar is powered by an all-new 75-degree DOHC dry-sumped twin-turbocharged V6, with drive via its exhaustively named Sport Hybrid Super Handling All-Wheel Drive system complimented by a trio of electric motors.

The combined power output of the hybrid system is said to be north of 410kW, with an independent electric motor-per-wheel providing drive to the front axle, while the third electric motor supplies ‘direct drive’ and is housed between the longitudinally mounted V6 and a newly developed “synapse-quick” nine-speed dual-clutch transmission.

Essentially rear-driven with instant on-demand front-wheel torque featuring torque vectoring to enhance handling performance, the raw numbers suggest acceleration prowess equal to that of Porsche’s 911 Turbo, or around 3.0sec for the 0-100km/h sprint.

“Leveraging new technology (NSX will) deliver incredibly vivid performance in a vehicle that responds intuitively and immediately to the will of the driver,” says chief engineer and NSX development boss Ted Klaus.

The NSX is slightly longer, taller, wider and has a lengthened wheelbase compared with that of 2012’s NSX Concept car, and has a more cab-forward design – much of it facilitating a change from initial transverse to current longitudinal engine orientation.

A departure from the original NSX’s ground-breaking all-aluminium construction, its successor adopts a spaceframe design with a multi-material make-up of aluminium, steel and carbonfibre, the latter used for the floor, while body panels are predominantly aluminium and what Honda calls “sheet molding composite” or SMC.

NSX’s styling has also been revised in showroom form, most notably the move away from chrome and polished metal surfaces and the introduction of more aggressive air inlets to aid aero efficiency and cooling.

Braking comes courtesy of a carbon-ceramic package featuring huge six-piston calipers up front and four-piston unit in the rear, with dynamic brake vectoring key to a suite of electronic handling enhancements governed by a four driver-selectable drive modes (Quiet, Sport, Sport+ and Track).

American-built in Marysville, Ohio, the Acura-badged NSX is due to land in US showrooms later this year at an estimated pricepoint of around $US150,000.

There is currently no confirmation if and or when a right-hook version will make it to the Australian market. 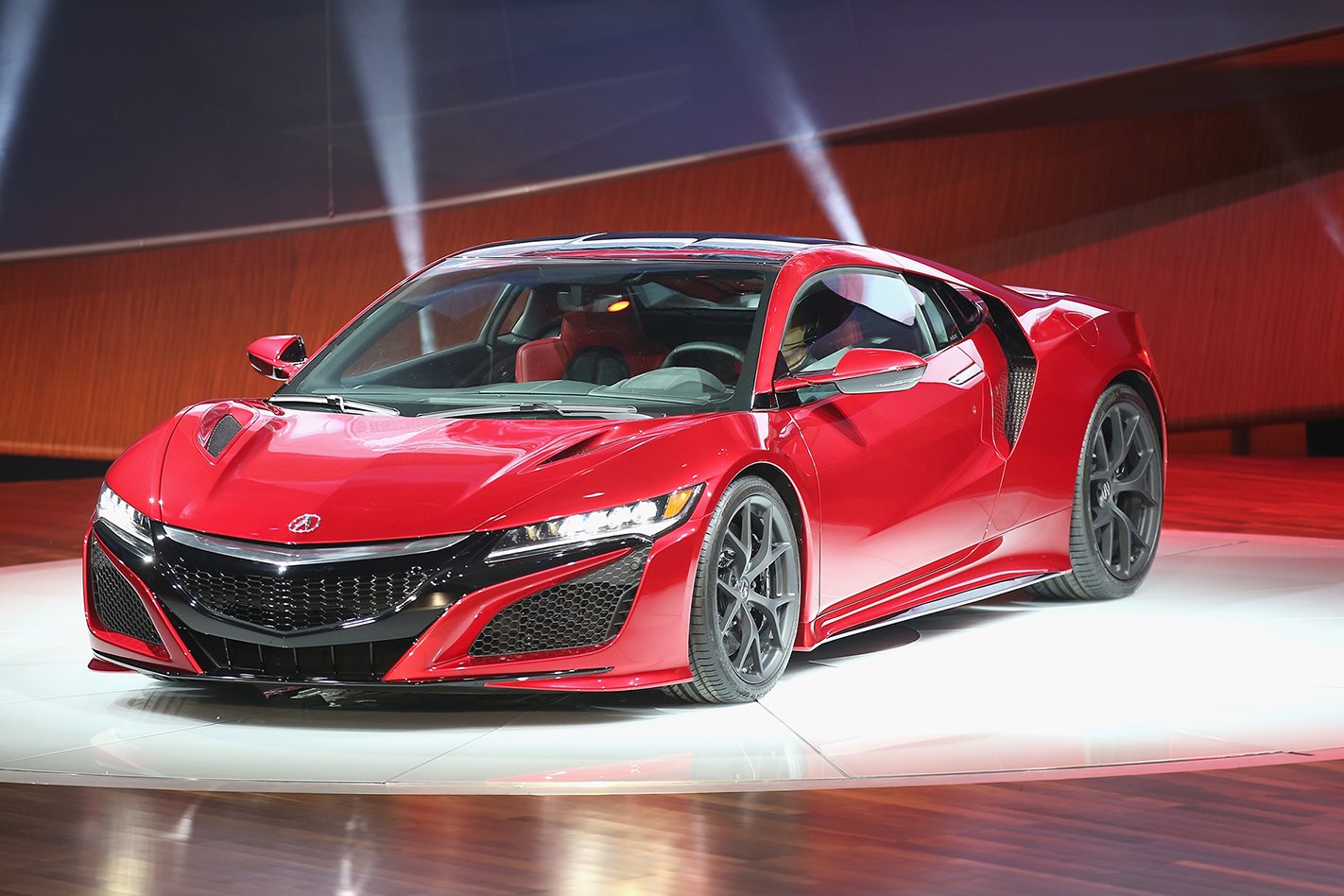 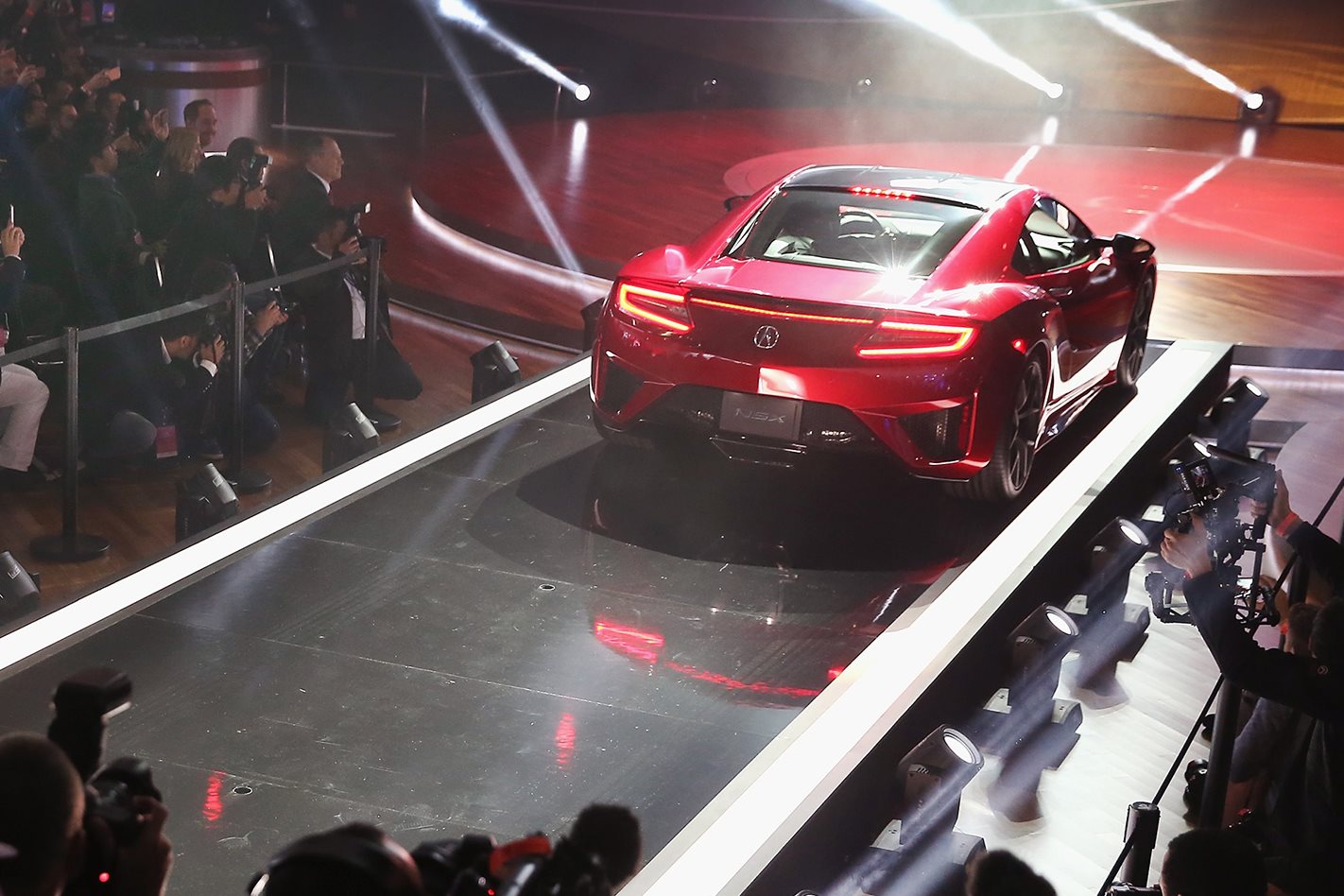 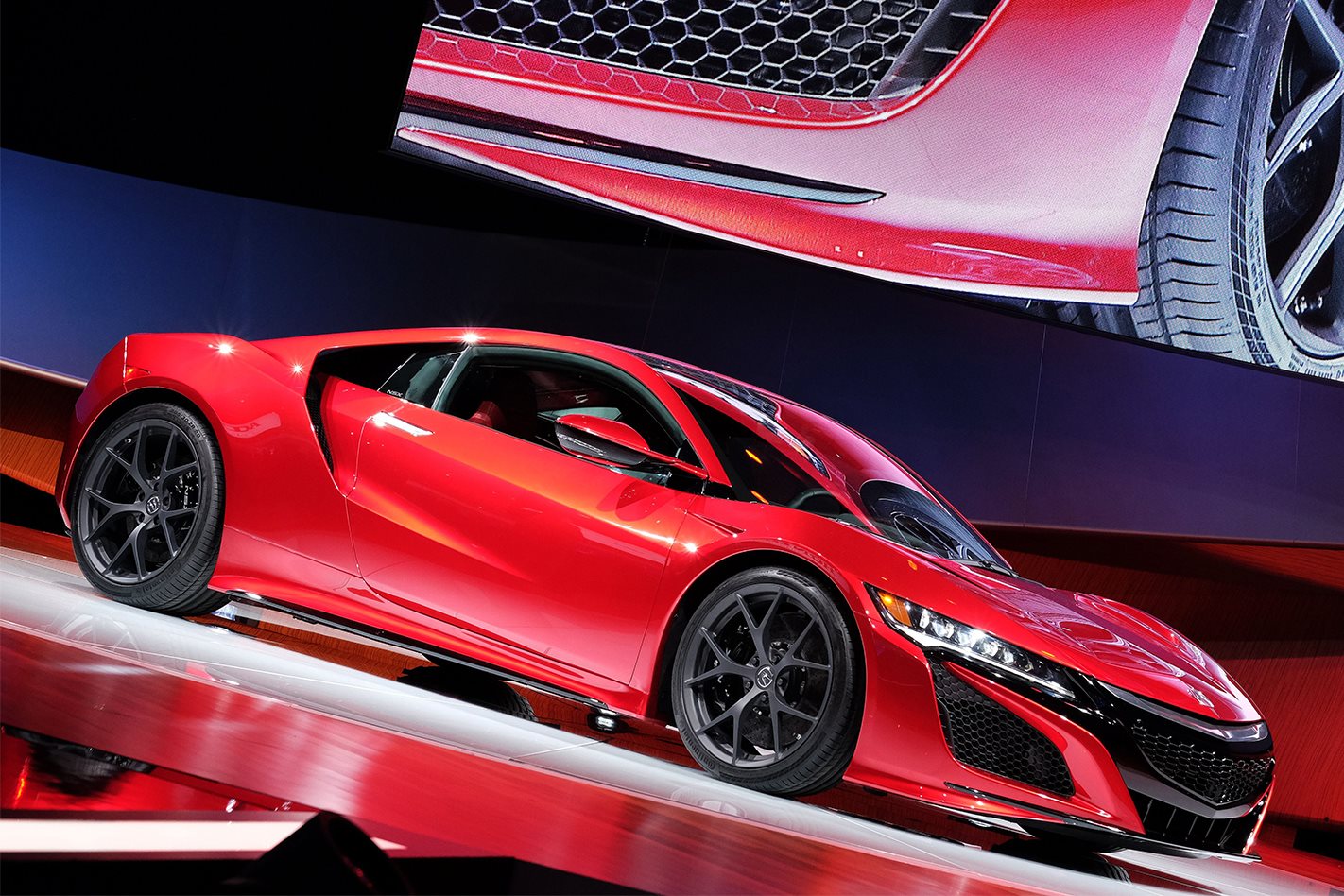 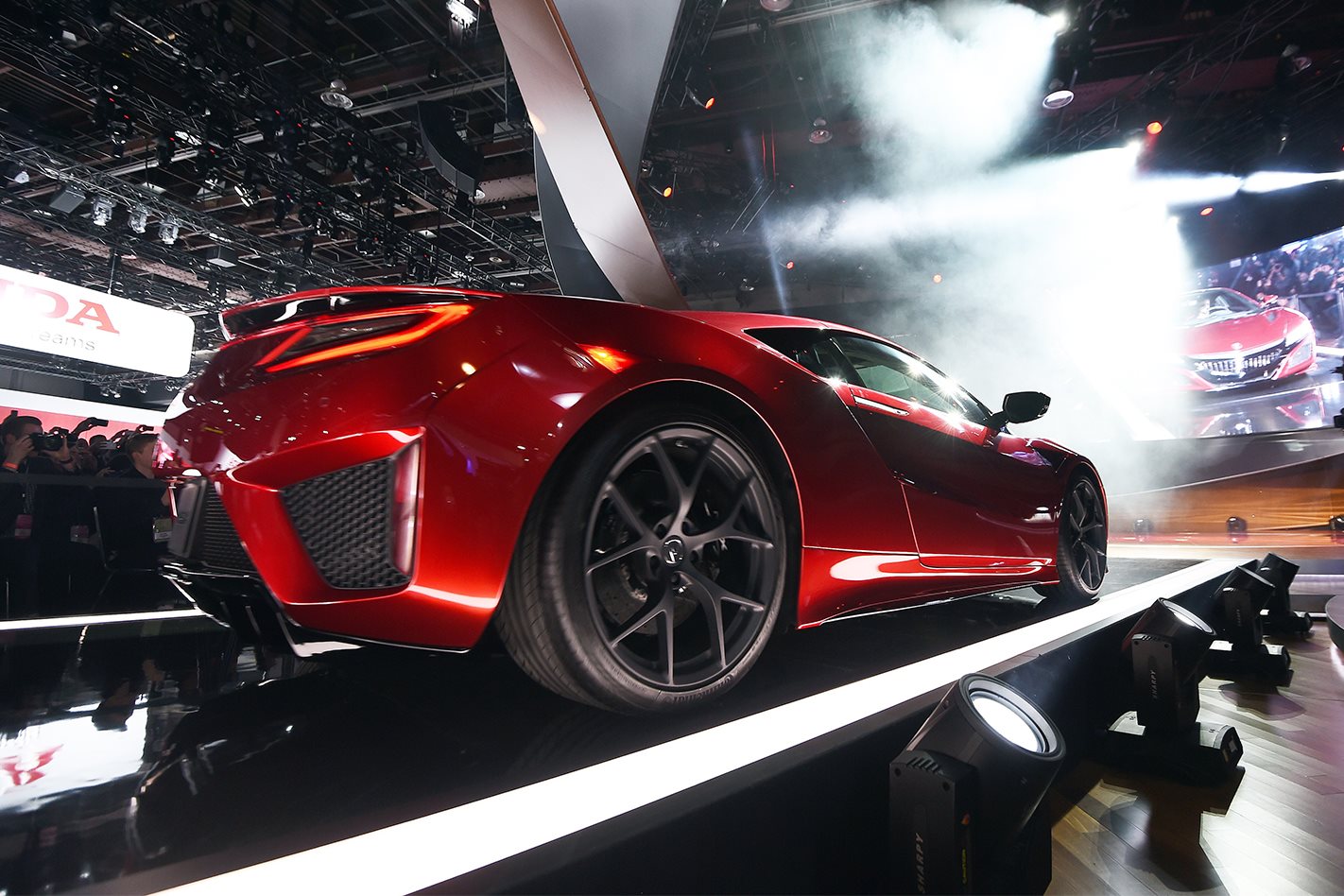 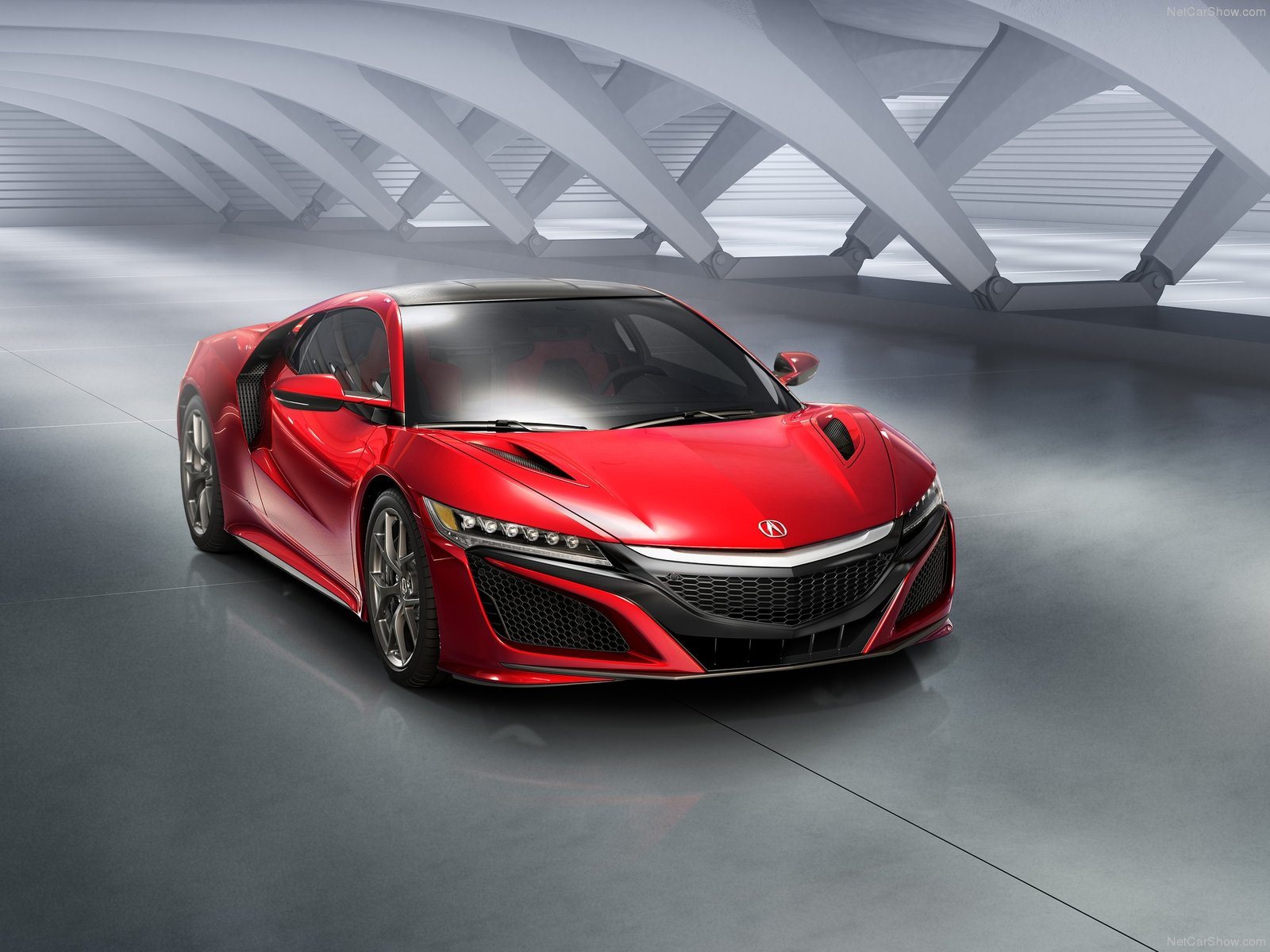 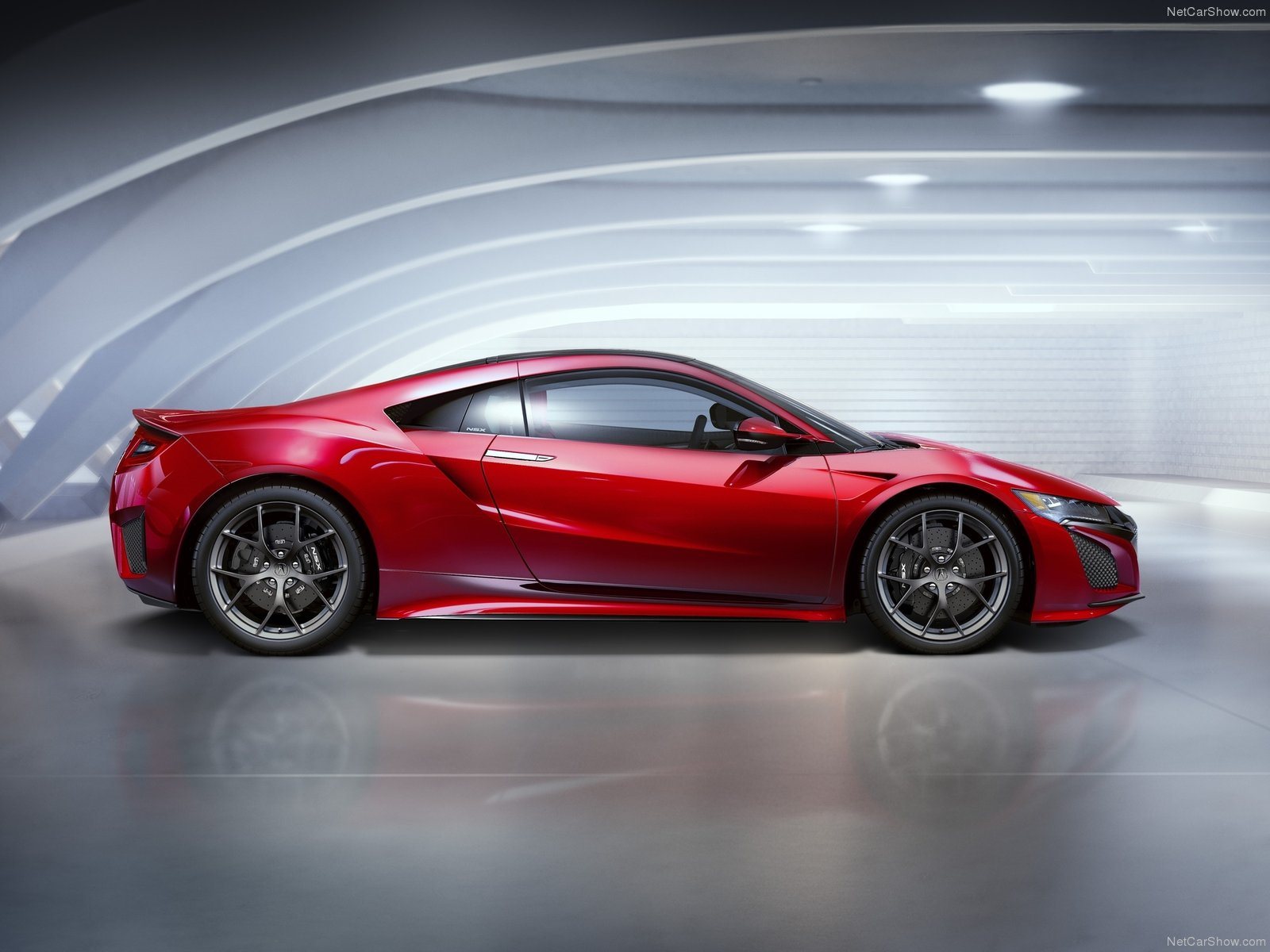 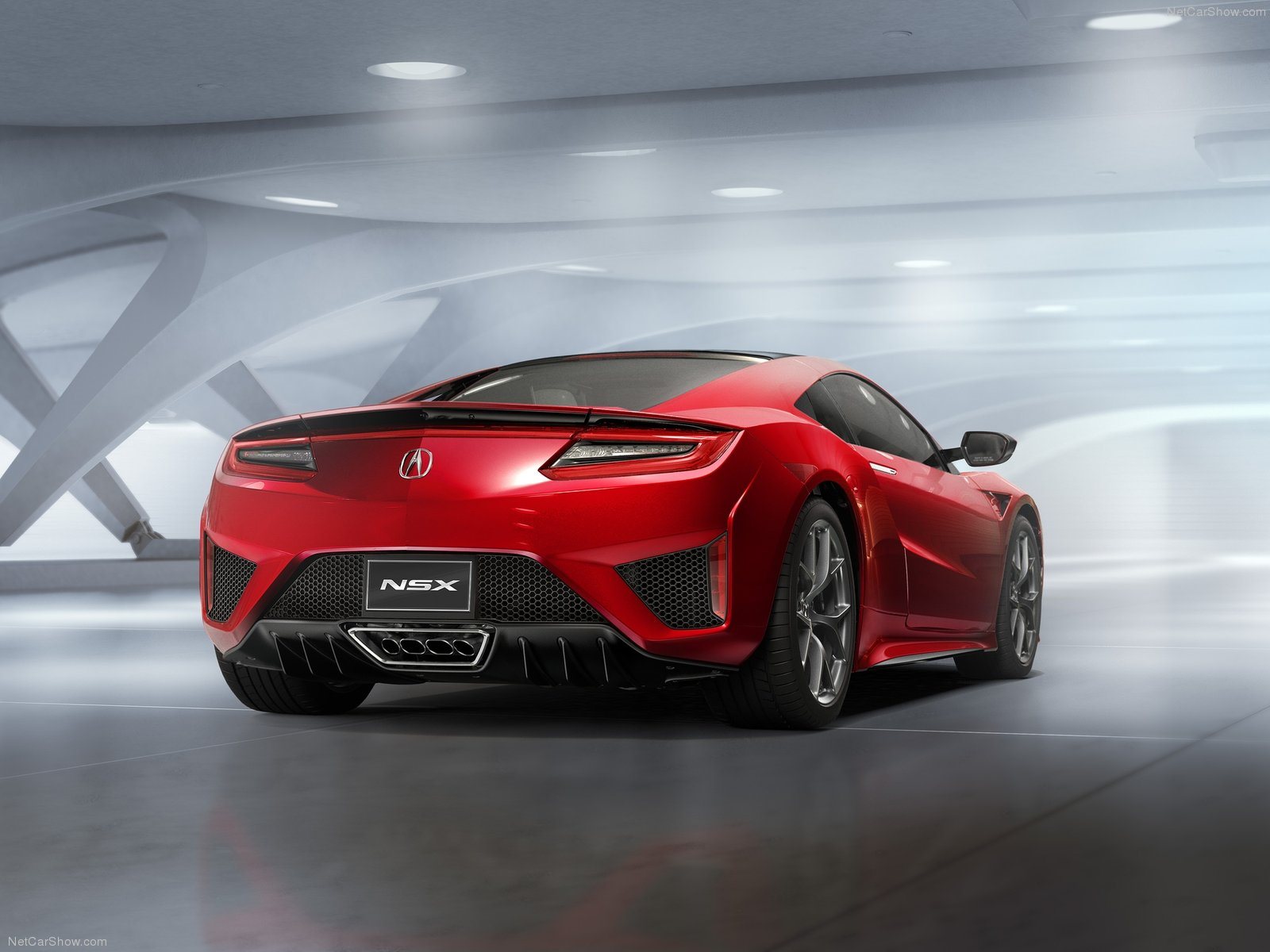 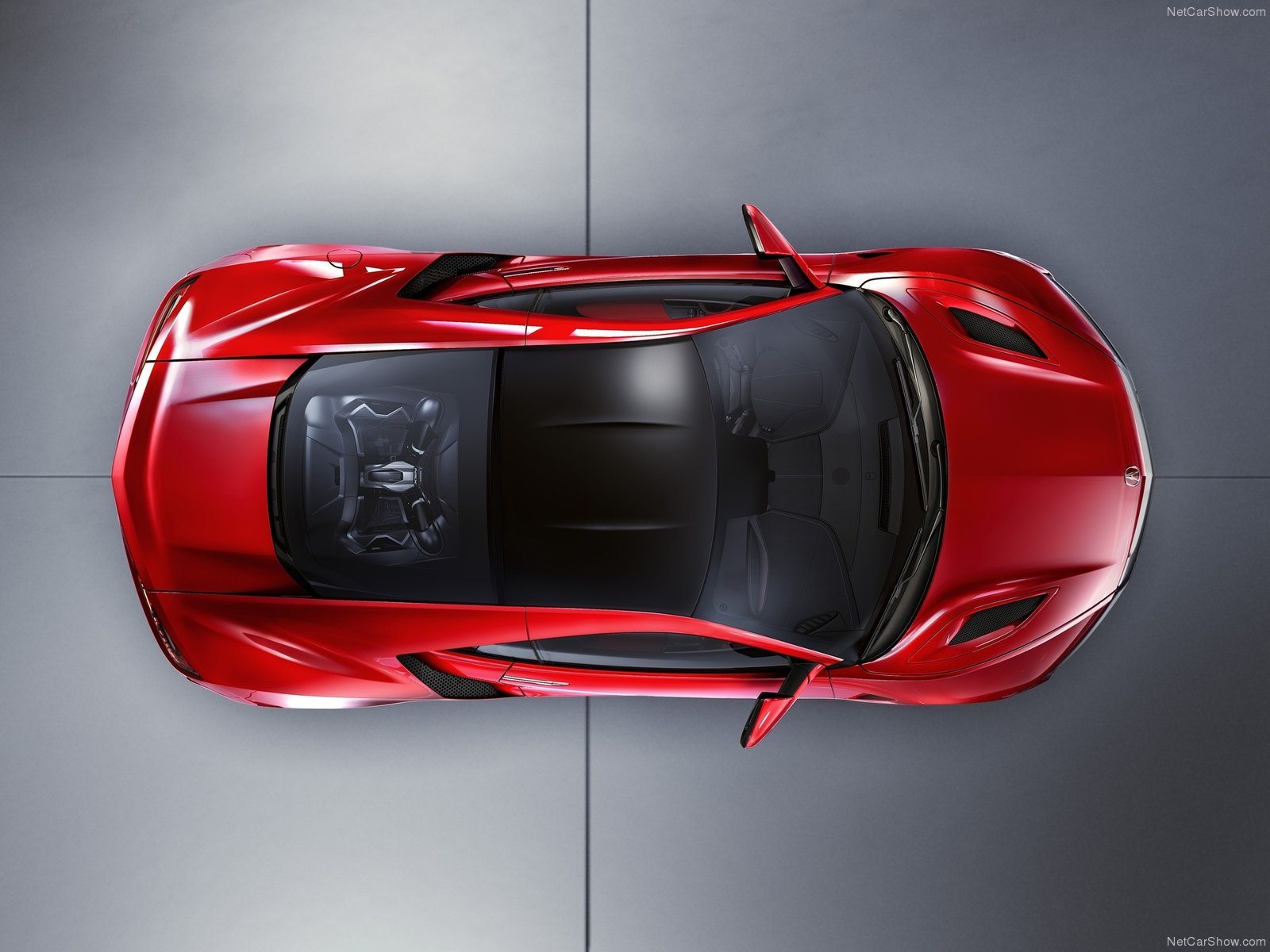 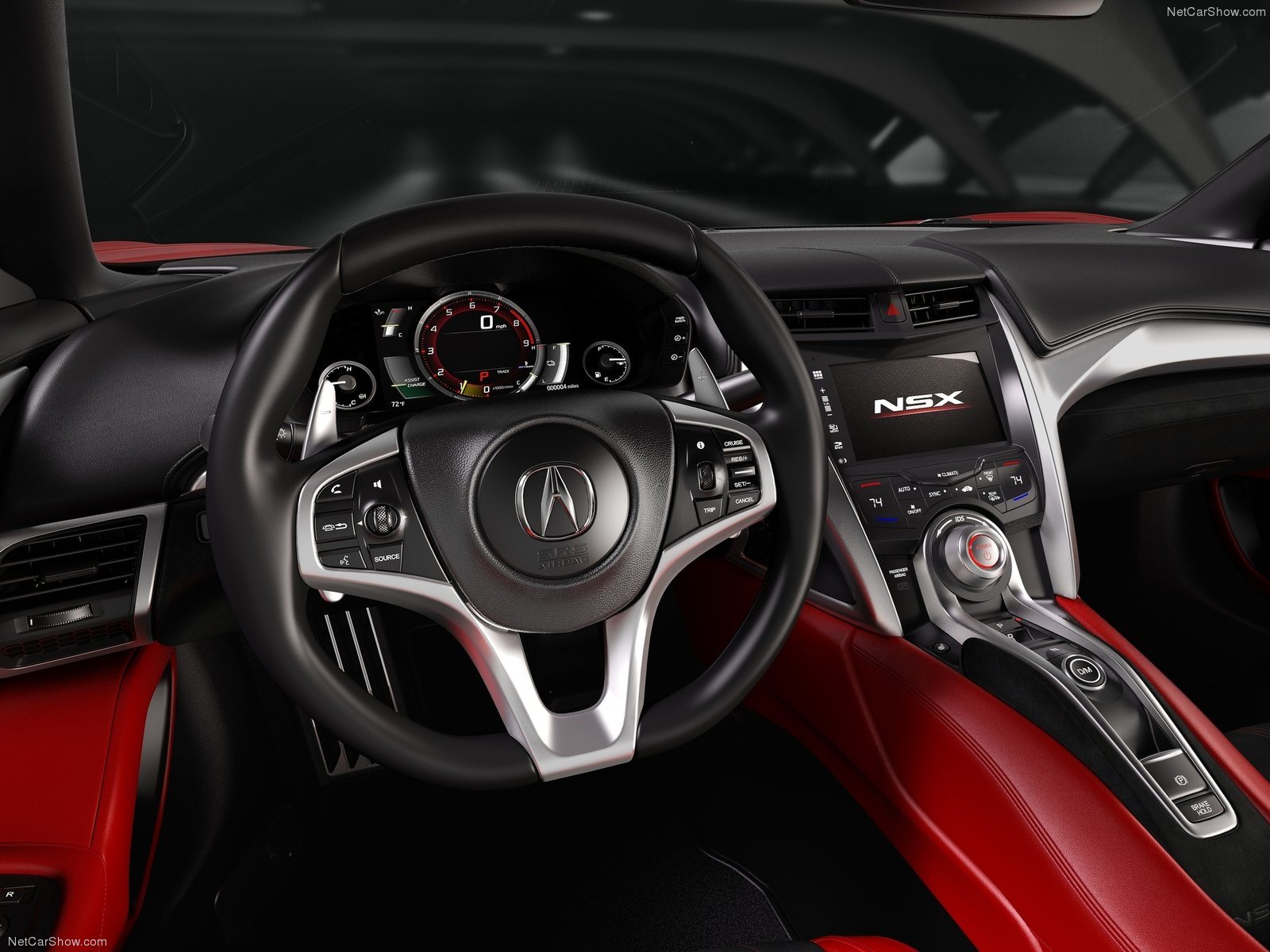 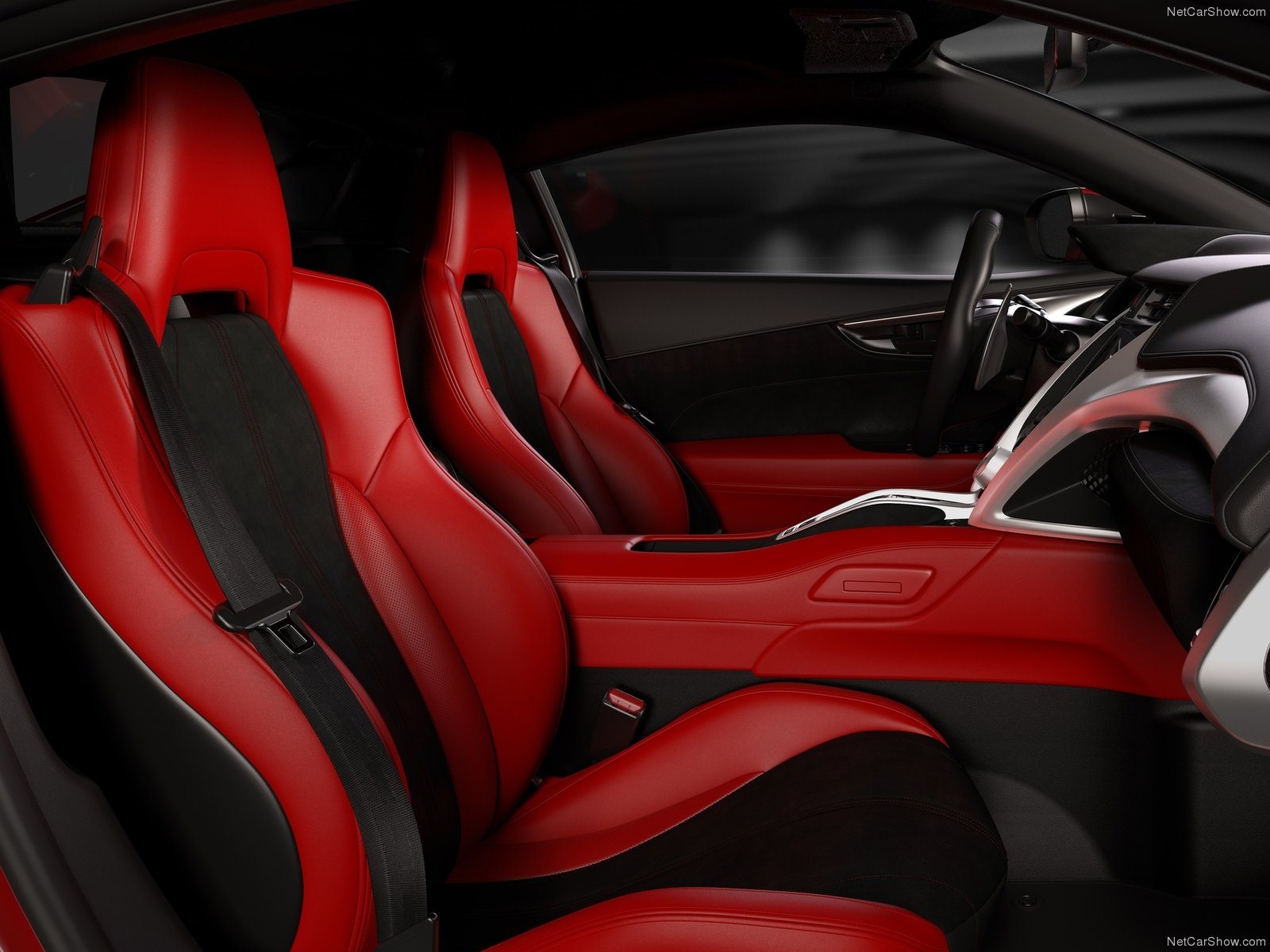