Lamborghini has teased what may be its upcoming hybrid hypercar model on Instagram ahead of its expected 2019 Frankfurt Motor Show debut.

The first in a pair of images merely revealed the supersized Y-shaped daytime running lights that are lifted off the company’s 2017 Terzo Millennio Concept, and little else.

Something new is on the way. Can’t wait to see it? Just open your eyes to the future. Are you ready for @iaamesse? #Lamborghini #IAA2019

More recently, the company released another teaser in the form of a sketch of the front, which features the same Y-shaped lighting elements paired with a vertical stack of headlights - the Terzo Millennio featured horizontally arranged headlight pods.

Lamborghini isn’t revealing any details of the car behind the veil but according to a report from Car Magazine, it is likely to be a close-to-production concept of the upcoming Aventador replacement, which has been earmarked for a 2022 debut.

According to the report, Lamborghini won’t be swapping out the Aventador’s naturally-aspirated V12 for less cylinders and a turbocharger for its successor. Instead it plans to turn to hybrid tech satisfy stricter Euro 7 emissions targets while preserving the performance, prestige, and theatrics of a free-breathing V12.

We are getting ready for @iaamesse. And you? #Lamborghini #IAA2019 #Frankfurt #CentroStileLamborghini

It remains to be seen what sort of hybrid tech Lamborghini has planned for its future models. More than just a spur of the imagination, the Terzo Millennio Concept was to underline Sant’Agata’s financial collaboration with the Massachusetts Institute of Technology on developing supercapacitor technology for automotive applications.

The Terzo Millennio wasn’t the first instance Lamborghini had collaborated with outside entities in the development of new technology that found its way back into its supercars. According to Lamborghini, the Aventador’s carbon fibre chassis was the result of the company’s collaboration with aircraft manufacturer, Boeing, and the University of Washington. 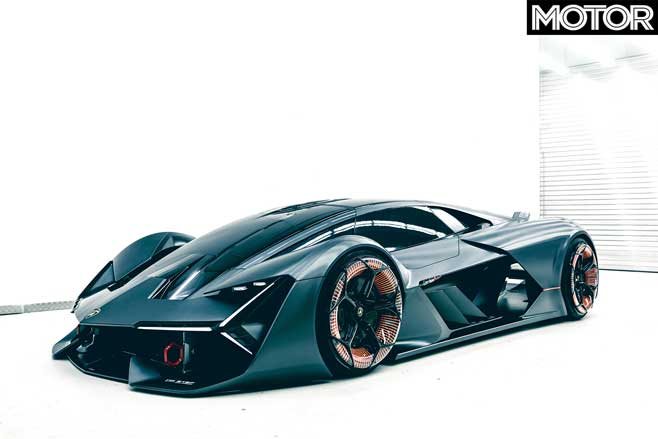 With the Aventador replacement some years away, Lamborghini’s gift to the Frankfurt crowds might be yet another concept, or it could very well be an all-new flagship model that will sit atop the Lamborghini hierarchy. We will only know for sure when the covers come off next week.

Follow WhichCar’s 2019 Frankfurt Motor Show special for the latest updates as they come in.