LAMBORGHINI, the Italian supercar builder known for creating some of the world’s most outrageous and memorable concepts, has wheeled out a new hyperbolic design study that offers a glimpse not just at a possible future road car, but into the next millennium.

Dubbed the Terzo Millennio, Lamborghini says the outlandish hypercar defines the requirements of the third millennium (the English translation of its moniker) and hints at how the raging bull range will evolve to accommodate electric drivetrains and the advanced systems to support them. 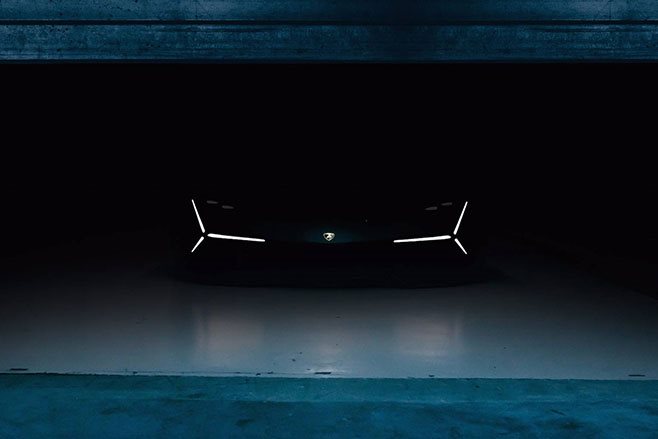 Clearly Lamborghini does not imagine speed bumps in the next millennium with the Terzo Millennio clearing the road by mere millimetres, its vast wheels are almost completely enveloped by the ‘arches’ and the heavily sculpted body appears more aerospace than automotive.

Inside the Lamborghini Factory

Not only does the extreme styling allow air to flow through the body as well as over it, the panels are constructed using nanomaterial technology and carbonfibre to actually store electrical charge in super-capacitors for powering the vehicle. 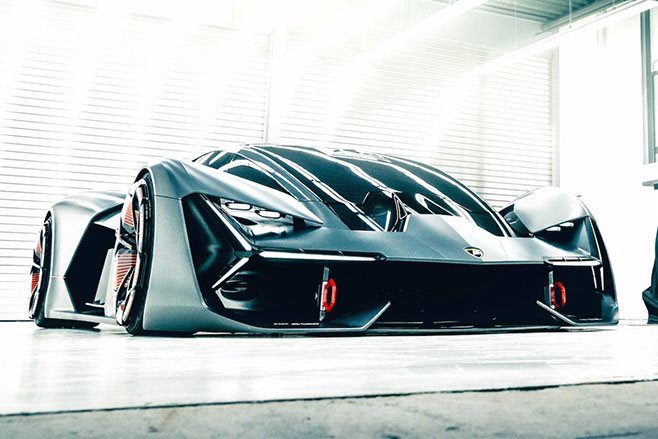 The composite material also allows the entire structure to be monitored for structural integrity and can warn of micro cracks before they pose a risk to the strength of the car. Think of it as a built in health monitor, says the car maker.

For such cutting edge and innovative advances in critical technology, Lamborghini teamed with the Massachusetts Institute of Technology and is developing some of the energy storage and recovery systems for real world testing. 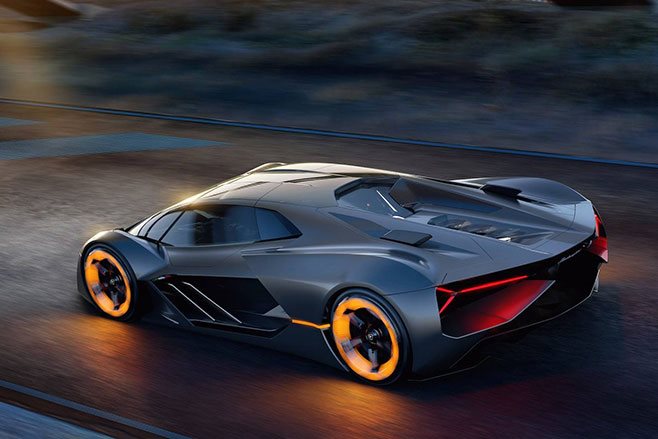 Lamborghini does not detail the electric powertrain in concept form or otherwise, but does predict the sports car of the future will ditch petrol in favour of electrons as well as kinetic energy recovery systems. Perhaps a more distant view of what’s in store for a company that not only currently relies on combustion-only power, but is also yet to yield to turbo induction.

A power-sapping transmission system has been avoided with torque applied directly to each corner via four individual in-hub motors, with the super-capacitor based energy storage incorporated into the body itself. Lambo’s designersclearly had a great deal of liberty when it came to penning the Terzo. 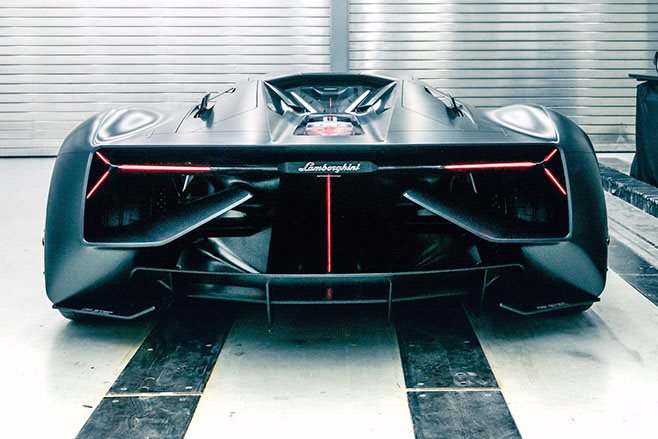 While the car is without doubt destined to remain in the concept world at least for the next few decades, its maker does see potential for some of its features to find their way into the production car world

“The opportunities in terms of weight, aerodynamics and design are so huge that it is worth investigating for feasibility of further development,” it says, which could hint at a future flagship that might share DNA with the wild concept. 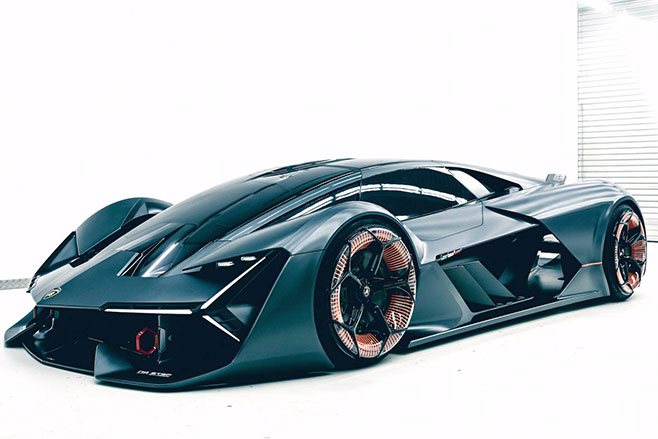 But how could an electric car sound like a true Lambo without a V12 barking from its loins? While the car maker says the car will not sing the 12-cylinder anthem, it is exploring ways to give electric drive a sound all of its own. Watch - or perhaps listen - to this space.