By coupling the high-efficiency units with more conventional lithium-ion batteries, the company has created a hybrid energy storage device with enormous potential for electric vehicles. 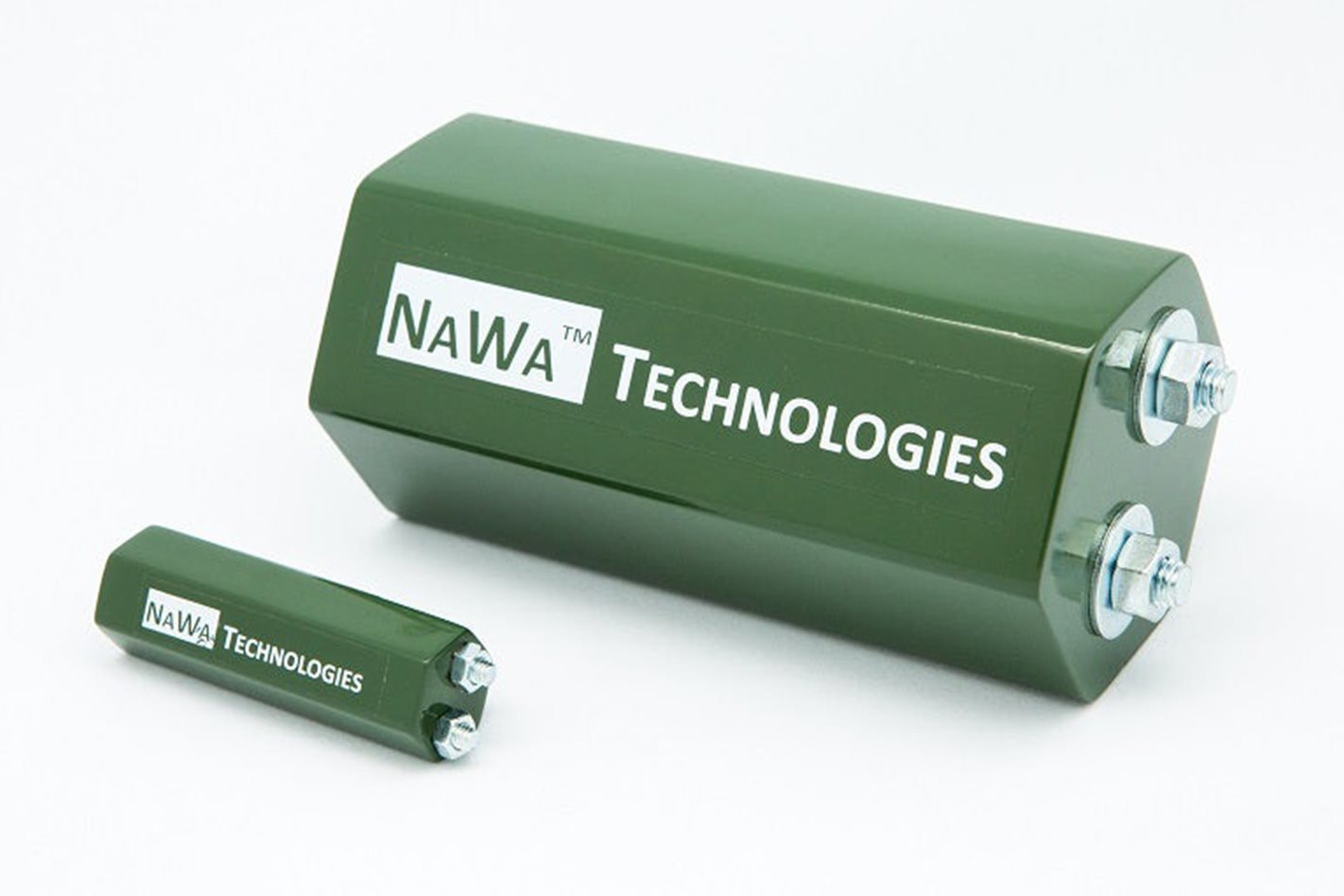 While batteries rely on a relatively slow chemical reaction to store and then recover electrical energy, the ultra-capacitors use vertically aligned carbon nano-tubes with a secret coating to physically separate protons and electrons without chemistry.

When required, the capacitors can release a surge of electricity up to 1000 times faster than a battery. Completing the system, a lithium-ion battery is paired with the capacitors to provide a high-density energy source albeit with a slower delivery rate. 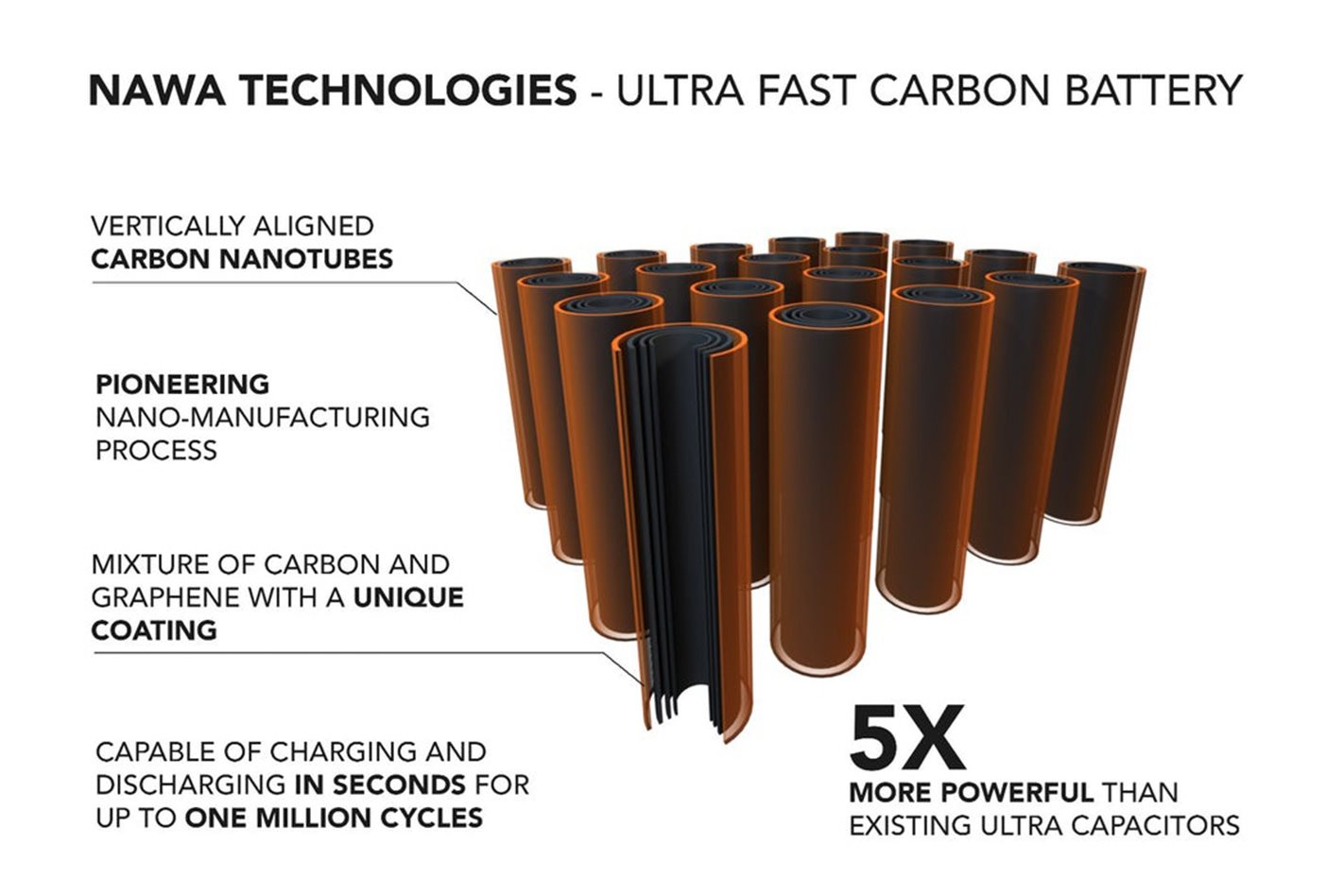 The potential EV benefits are extensive, starting with an extremely fast charge rate. Battery-powered EV manufacturers battle to compete with the three minutes it takes to fill an internal combustion vehicle’s fuel tank, but a capacitor bank can be fully charged in as little as 10 seconds. Similarly rapid discharging allows the capacitors to deliver huge power to electric motors for potent performance.

The discharging process does not create heat, which EV engineers struggle to dissipate from battery systems, resulting in a more efficient and lighter system, and the process can be cycled a million times, says NaWa.

There are efficiency advantages for regenerative braking too. Lithium batteries can only capture about 20 percent of the electricity generated by a motor under braking, but the carbon capacitors allow 450 percent better recuperation of the vehicle’s kinetic energy. That means less waste and greater range.

There are disadvantages to capacitors however. Firstly, their energy density is only about 25 percent that of lithium batteries and they are poor at storing energy for long periods of time. Park your fully charged car and it will be flat in less than a week.

That’s where the hybrid battery comes in. The more conventional battery would provide a high density, low release rate energy supply for long range driving, but it could also gradually top up the massive power of the capacitors for peak performance in short bursts.

Think of the battery as a conventional petrol tank while the capacitor is a nitrous oxide bottle that can be topped up on the move.

Carbon capacitor manufacture is not dependent on the earth’s finite supply of lithium cobalt. No mining is required to acquire the carbon, the resulting cutting-edge construction is very light, and by splitting the power supply into two components, about 100kg can be spared compared with a battery-only system.