A revolutionary form of combustion engine valve actuation that not only removes any physical connection to the crankshaft, but also enables infinitely variable and independent valve timing. Dubbed Intelligent Valve Actuation or IVA, the engine innovation is the work of Cambridge-based tech firm Camcon. 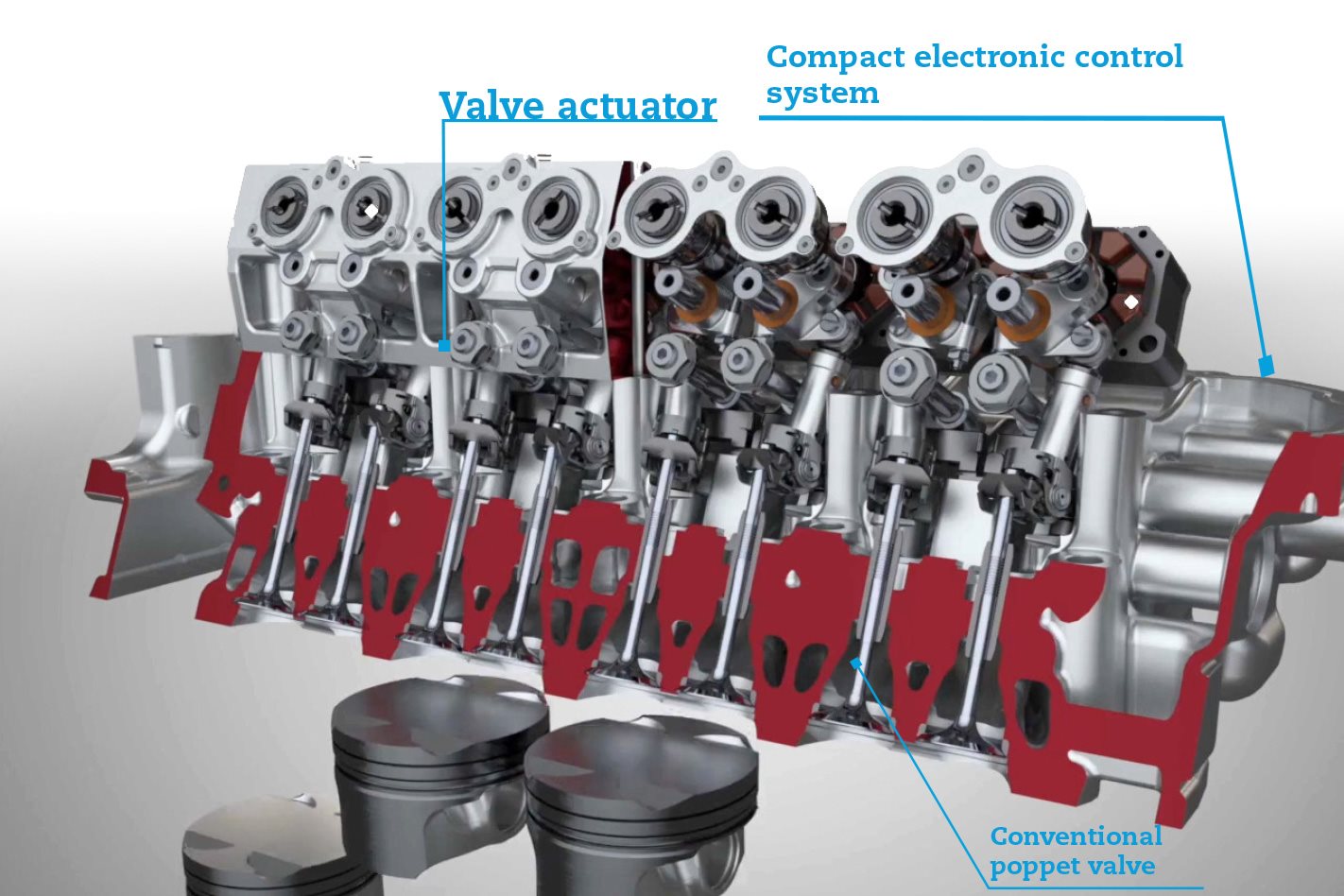 Unorthodox valvetrain systems have come and gone including pneumatic, hydraulic and solenoid types, but the Camcon solution uses the company’s electrically operated ‘bi-stable actuator’. Unlike a solenoid, which has an energised position and a non-energised position, Camcon’s design features two non-energised states. When the unit is energised it lifts the engine valve into the open position – when the unit is de-energised the valve stays open. When the unit is subsequently energised in the opposite direction, the valve snaps closed. The point at which the valve opens and closes is governed entirely by electrical signals, not the position of a camshaft, crankshaft or spring, and power is not required to hold the valve in either the open or closed position.

The advantages of the IVA system are extensive, including the benefits of reduced mechanical complexity. Valve springs, camshafts and the chains or belts to connect them to the crankshaft are all redundant, resulting in a simpler system, which has the potential to be lighter, cheaper and more durable. But the IVA’s real party piece lies in valve timing. The principle allows any individual valve to be opened and closed at any time and independently of any other cylinder. That means it’s possible to run an engine as a high-power performance unit with huge overlap and duration, and then as a super-efficient Miller-cycle engine, or in any variation in between. The company says it can even run its prototype four-cylinder as a conventional four-stroke or as a two-stroke simply by switching the management program. While electric propulsion continues to challenge the internal combustion era, Camcon’s radical innovation could preserve combustion power into the future. And it could make the horror show of a snapped cam belt a thing of the past too.

The key to the IVA operation is Binary Actuation Technology (BAT), says Camcon. While the bi-stable actuator has two main positions, it uses a rotating permanent magnet to simulate the motion of a steadily turning camshaft between open and closed points. As with any prototype technology, the system is still expensive in its infancy, but Camcon predicts a commercialised product will carry a modest premium over conventional valve gear, comparable to the cost difference of a diesel injection system over a petrol system.

Camcon is funded in part by music publisher Hit & Run, whose artists include Genesis, Kula Shaker and, wait for it, Mike & the Mechanics.