It’s been over 10 years since the release of the Audi R8 V10 and to celebrate the tenuous milestone it let Swiss photographer Fabian Oefner explode one for art.

He didn’t literally detonate the supercar, though, but had it carefully disassembled from the rear bulkhead back to photograph every single part. He then edited them all together to create this exploded diagram. 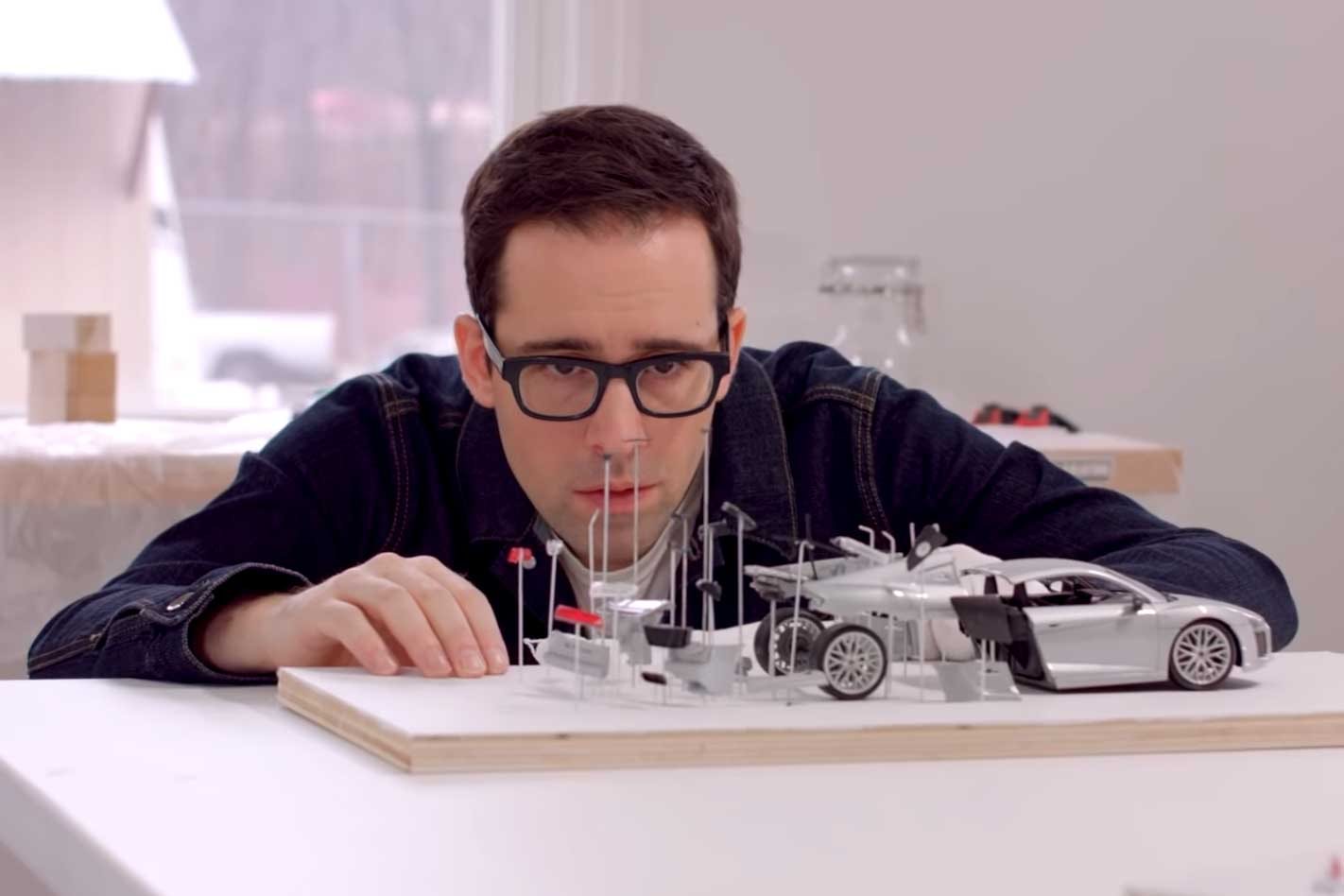 He’s best known for using high-speed photography to catch split second moments like when a bullet pierces a can or balloon, and his ‘disintegrating’ series aims this style at cars.

It all started a couple years ago when he used models for practice, and then transferred to Lamborghini Miura, Porsche 956 and Ford GT40. If anything, this is an honour for Audi.

“The beauty with real cars is that it’s an experience and you discover so much more about the car,” he says in the above video.

It’s a great look into his creative process and a mechanical breakdown of an R8 V10 that was so technical, even the factory mechanics who helped were surprised by what they saw. 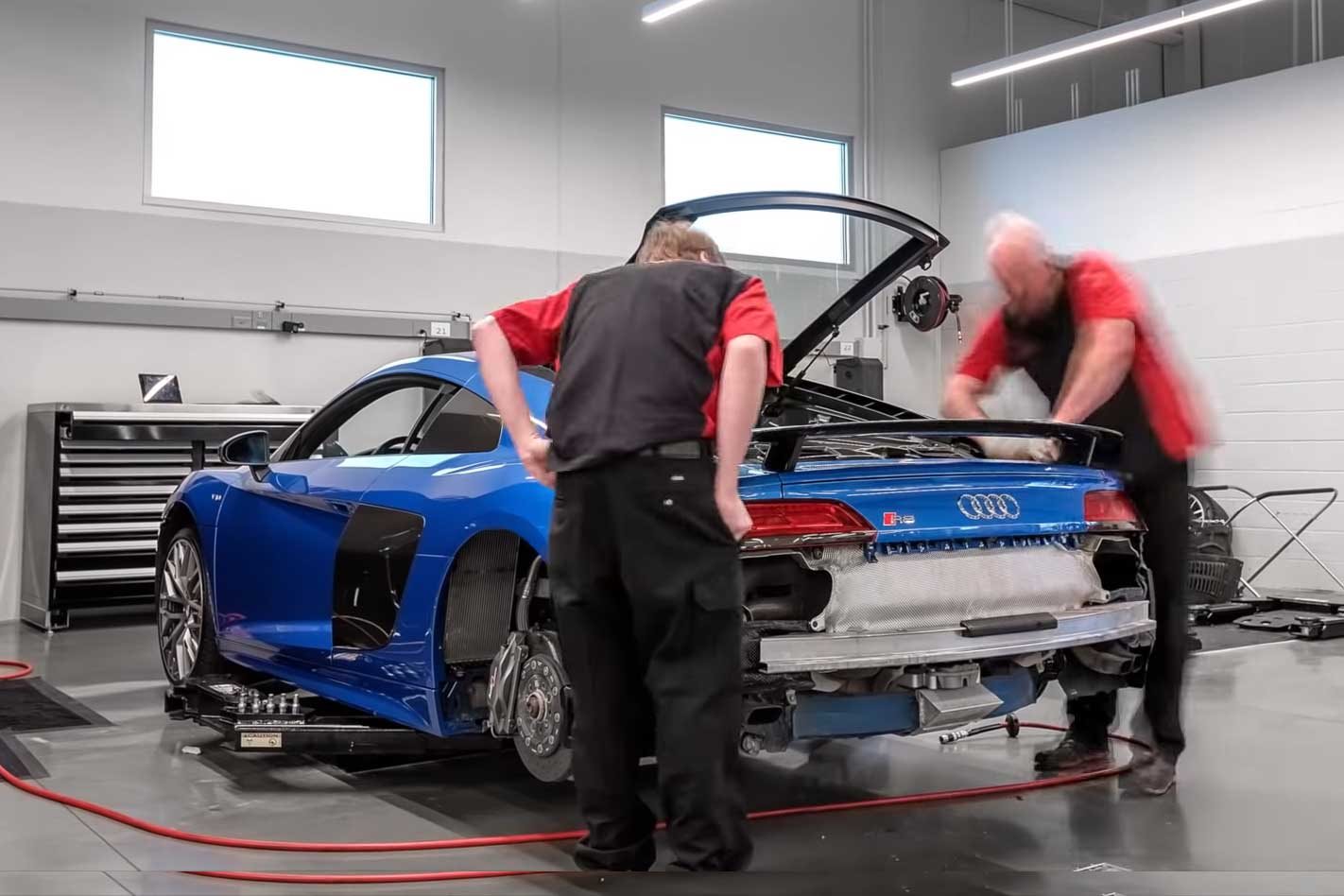 “Even the mechanics sometimes told me, ‘We’ve actually never seen inside a transmission, or we’ve never looked inside into the AC compressor unit. Because when something like that goes wrong with that part, we normally just exchange the whole part’.”

The future of the R8 falls into question

You can sigh relief, though, that Audi chose a used car. One from Las Vegas, Nevada. It even still wears the dust to prove it.

They failed to clean every part like new, but that’s part of the charm, he says. “There’s a bit history to all of those pieces that just adds to the credibility of the final piece, it’s something real that you can touch and feel.” 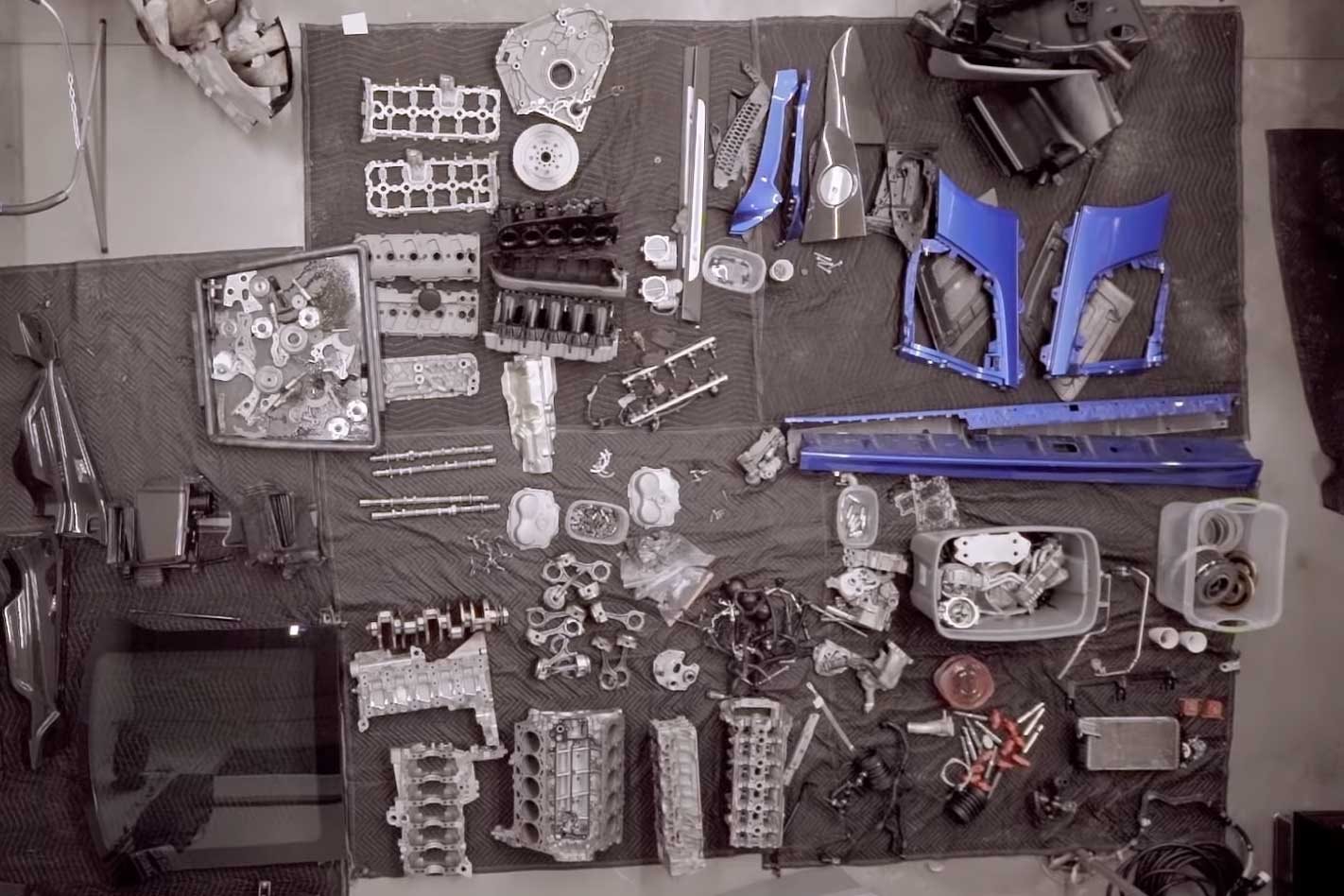 Of course, the closest you’ll come to ‘feeling’ this immortalised R8 V10 is buying the 12.75-inch x 30-inch poster Audi has released on its American website for US$24.95. Pretty cool, we think.

As always someone as artistic as him should have a way to express the “metaphysical” meaning behind it. “The series of Disintegrating is not really about cars, it’s really about the moment that never really existed.”