FERRARI is developing a modular V6 turbo engine as part of a bold hybrid vision that will spread to its latest V8 models in a fast-evolving drivetrain strategy.

The new V6 is poised to change the shape of Ferrari, according to chief technology officer Michael Leiters, speaking to Wheels at the Geneva motor show. 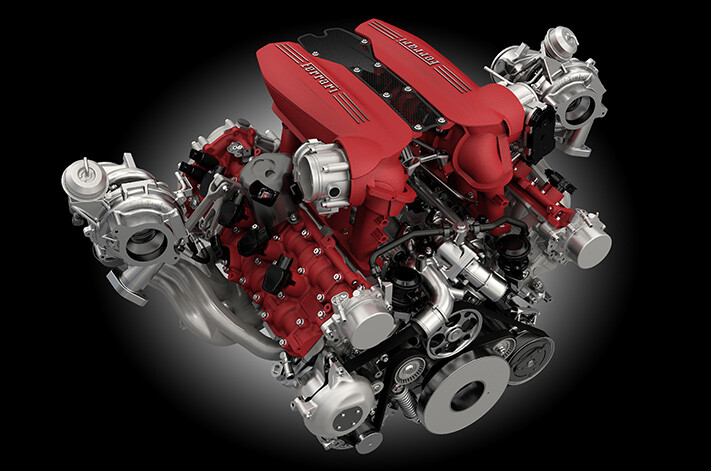 Using the combustion chambers of the 3.9-litre V8 (as seen in the Ferrari California T)– each measuring 488cc – the new V6 will displace 2.9 litres.

“We are thinking about downsizing,” said Leiters. “If we were to develop a six-cylinder, it should have the same performance as today’s eight-cylinder engine.”

But he said the sound would be crucial to signing off a V6 program.

“If we were to develop a V6, we would do one with a tremendous sound,” said Leiters.

He pointed out a Ferrari V6 would save crucial kilograms, allowing for the addition of a hybrid system’s batteries and electric motors.

“We are not only talking about a fuel consumption reduction, we’re talking [about a] weight reduction, because, if we’re thinking about hybrid, there will be extra weight.”
Utilising turbos, Leiters hinted much of the development work would revolve around blending electric propulsion with an ICE. 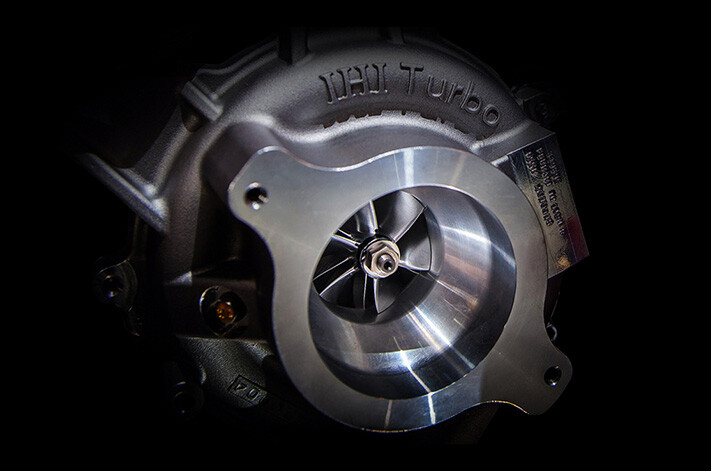 “There’s a big difference between us and the others [with turbo lag] and we want to maintain this advantage. That means we have to [produce] a higher specific power output along with no turbo lag.”

Electric turbo tech is one solution for eliminating lag.

Leiters said Ferrari was beginning to think about a future where its entire range relied partially on electricity.

“There will be a time when we have to talk about … hybridisation as a standard,” he said. “We are still discussing what could be the future product range. Obviously, we want to present a hybrid car … [that] has outstanding performance, and we want to do it in a modular way to have synergies to continue with hybridisation of the product range.”

THE GOOD news is that the legendary naturally aspirated V12 that has defined the brand since its inception in 1947 will continue.

Leiters stressed an atmo V12 would play a core role in future Ferraris, despite a shift to forced induction that was seeing cylinders increasingly lopped off. 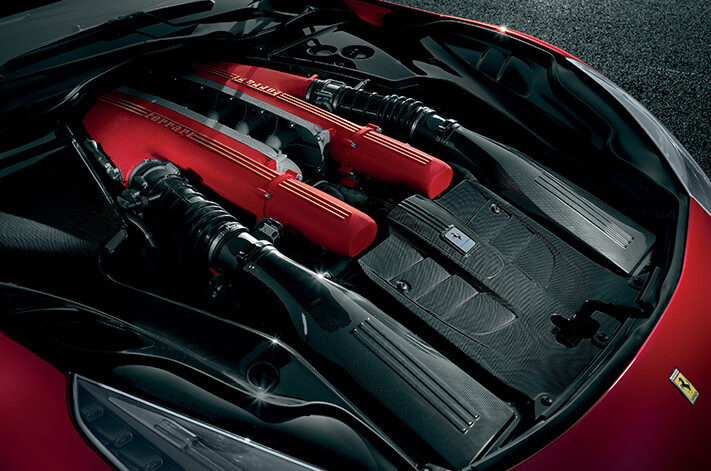 “I’m convinced there will be always a niche [for] a V12,” he said, opening the door to a new-generation engine, and possible hybrid system. “We want to do more. Now we are starting thinking about it for the next car.”

He cautioned that tightening emissions regulations and customer requirements would shape the future of the Ferrari V12.

“We are getting to the limit; or at least we’ll see a lowering of the [percentage] it climbs by,” said Leiters.

“The more important part will be the emotionality; how we evolve this performance. It’s not necessarily having 900 horsepower; for me it’s more important to have more emotion. We talk about the sound, we [focus on] the torque curve and so-on, the revs.”