It isn’t all promotional guff – the team catalogues the issues they had along the way, and how they were late to resolving some of them even as the production model was unveiled at motor shows around the world. Ken Block also gets his slide on.

Episode 1 takes us to Ford’s proving ground, not in the home of RS in Europe, but rather Detroit, Michigan. Group vice president and chief technical officer Raj Nair sits beside rally icon Ken Block while belting a camouflaged early prototype Focus RS.
These blokes ‘get’ the history of the car – Nair had an Escort RS Cosworth company car that he refused to give back, while Block politely requested Ford bring him a 2009 Focus RS to California, despite it not being sold in the US. The latest, all-wheel drive Focus RS will be the first to be sold worldwide.
Episode 2 shifts to Cologne, Germany – the home of Ford of Europe development – for tutelage on Focus RS design and safety.
Exterior design supervisor Ernesto Rupar comments about the pulled-out front-end of the car, which looks like it says “I need air to breathe”. The upper two grille slots feed air to the radiator, while the lower part delivers the same to the intercooler.
The foglight recesses channel air to the front brakes, while the splitter “counterbalances” downforce with the large rear spoiler and rear diffuser. Meanwhile 28 Focus RS prototypes are crashed in the same facility.
Episode 3 jumps back over the Atlantic to Ford’s test facility at Phoenix, Arizona. First, though, European and US engineers team up for a 1000-mile desert road drive. Notes include suspension choppiness that is off the chart, comments that it should be sportier and the brakes could be better.
Adding all-wheel drive to the RS “was the last little bit” engineers have been waiting for compared with previous generations.
Episode 4 is captured at Ford’s tricky “top secret” test racetrack in Lommel, Belgium. Vehicle dynamics specialist David Put wants to make the all-wheel drive system feel rear-driven on the throttle.
When Ken Block takes to the wheel, he’s fighting the suspension and differentials, announcing that the rear snaps under brakes and the front end “lacks confidence”. Put concurs. More work to be done, then … following some hoonigan shenanigans first.
Episode 5 reveals that when the Focus RS was first revealed at the Geneva motor show, Ford was having some serious issues behind the scenes. The outputs of the 2.3-litre turbo four-cylinder weren’t revealed because they weren’t finalised – the engine was giving engineers “sleepless nights”.
Likewise the chassis wasn’t where the company wanted it, forcing a delay to the initial on-sale promise to dealers. On ice in Sweden the Focus RS is flanked by more competitor cars – WRX STi, Evo X, Golf R, M135i – as engineers sort through the issues.
Episode 6 approaches the Focus RS debut in the US at the New York motor show. Just before it powertrain engineers are working at the Dunton technical centre in England to find out why some engines are “letting go” and to secure the 440Nm and sub-5.0sec 0-100km/h targets to then reveal to the media and public.
For final sign-off, 53 verification prototypes then run down the line at Saarlouis, Germany, where all Focus RS models will be made for the world.
Episode 7 comes at a time when Ken Block is fanging the Focus RS up the famous hillclimb of the Goodwood festival of speed.
However, 100 miles away in Lommel, Belgium, the final prototype set for sign-off doesn’t entirely impress Raj Nair. He loves the drive modes – there is plenty of drifting in this video – but finds the steering “spongy off centre” in Normal mode, some brake modulation issues and a sound that’s too soft. No final sign-off, then; he sends the team back to work.
Episode 8 heralds final sign-off round two – six weeks later this time in Detroit, Michigan. If there’s no sign-off today there will be delays to production and associated financial implications.
“I think it’s ready,” announces Nair, who got his ‘pops and burbles’ and commented that this car will make bad drivers look good. “Let’s go and build some cars”. 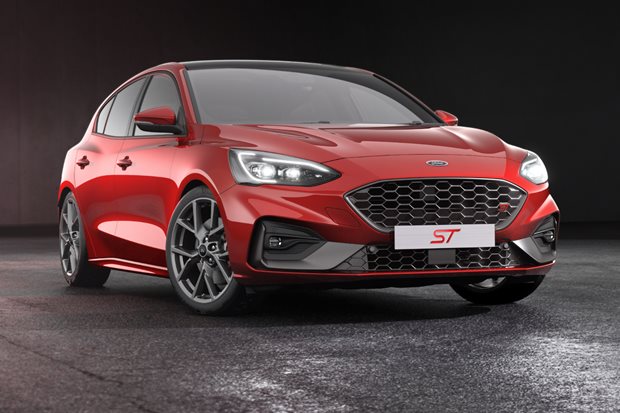