The Ford Focus RS will again be the bully-boy of the hot-hatch genre, with huge outputs from its 2.3-litre turbo engine confirmed.

To match its lairy exterior, the all-wheel drive Focus RS will make a massive 440Nm between 2000rpm and 4500rpm, with 470Nm available for 15 seconds of full-throttle overboost. The accompanying 257kW will arrive just before the 6800rpm cut-out.

Those figures throw dirt in the face of the suit-and-tie Volkswagen Golf R (221kW/380Nm) and the darling of racing circuits, the 202kW/360Nm Renault Megane RS275. 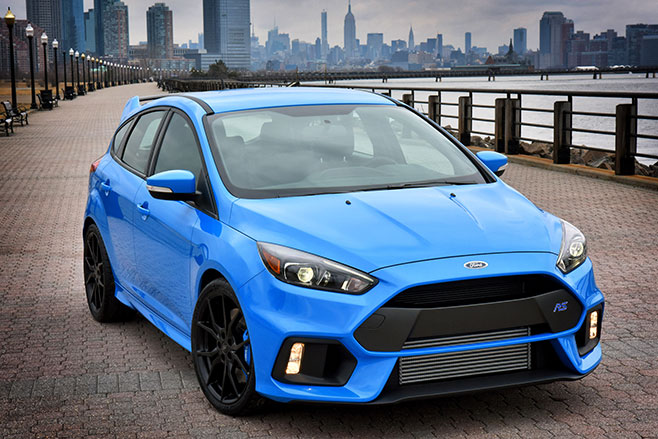 The Ecoboost engine is a unique adaptation of that in the Ford Mustang, adding a less restrictive air intake, a larger compressor for the twin-scroll turbo and a bigger intercooler. In fact, the RS’s jutted-out nose is needed to house the largest-ever radiator fitted to a Focus, “which provides the level of cooling demanded for intense circuit driving”.

A big bore exhaust, Ford politely says, “helps optimise the balance of back pressure and noise output”. If ever there was a doubt the emphasis would be on the latter, the brand also adds this: “engineers have tuned the RS to deliver a rewarding and sporty sound character during spirited driving, with the distinctive burbles and pops that are a RS signature”. 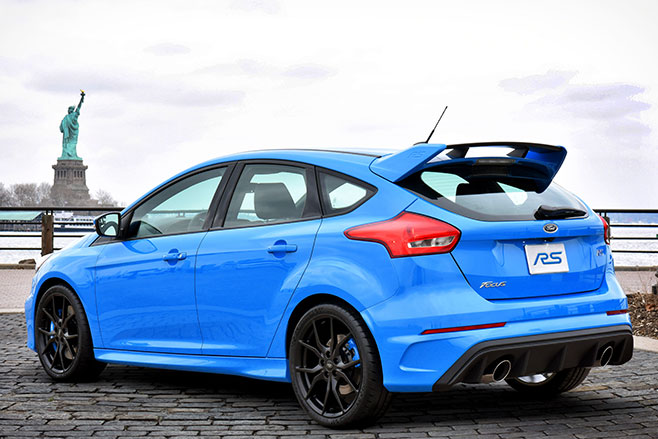 Ken Block will drive a prototype Ford Focus RS at the Goodwood Festival of Speed in July. Which is fitting because it’s the first Focus RS to get multiple driver-selectable modes including launch control and, um, a Drift Mode that “allows controlled oversteer drifts”.

In addition there are also Normal, Sport and Track modes. Sport makes the throttle more responsive, the exhaust louder and the steering firmer. Track adds a more aggressive all-wheel drive tune with wider slip angles for the stability control and harder suspension damping (that can also be independently selected/deselected). 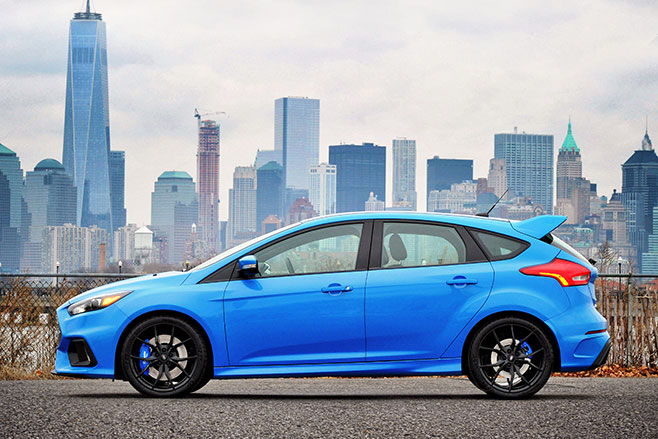 We like this. A lot. And Ford’s new teaser video of the Focus RS properly sideways confirms why…