A 450kW-plus supercar will be tough to fit in a stocking, but the Ford GT has commenced production before Christmas to be delivered to owners two years after it was revealed.

Ford executive vice president Raj Nair this week steered the first GT off the company’s new “low volume” production facility in Ontario, Canada, and Ford’s PR team provided a first glimpse at how the much-hyped supercar will be produced.

Photographs show the installation for the mid-mounted 3.5-litre twin-turbocharged V6 engine and seven-speed dual-clutch transmission around naked and exposed carbonfibre bodywork and the web of ultra-stiff and light tentacles that form the chassis. 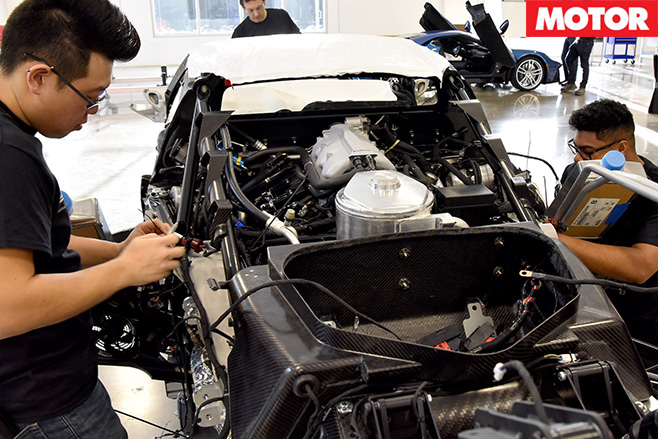 There are still no exact power figures because Ford says “the all-new Ford GT is entering the final phase of development and production has begun.” What an interesting, err, development.

The first example to roll down the line was painted Shadow Black with Race Red stripes (officially tagged Ford GT Job 1) followed by the Liquid Blue hero colour and then a Liquid Red example with Frozen White stripes.

In total eight colours – white, silver, grey, yellow, matte black, in addition to the above – are available with stripe hues that mirror the above selection except for yellow, which is replaced by Competition Orange. Matte or gloss carbonfibre, meanwhile, is the selection for the front, side and rear garnish finish. 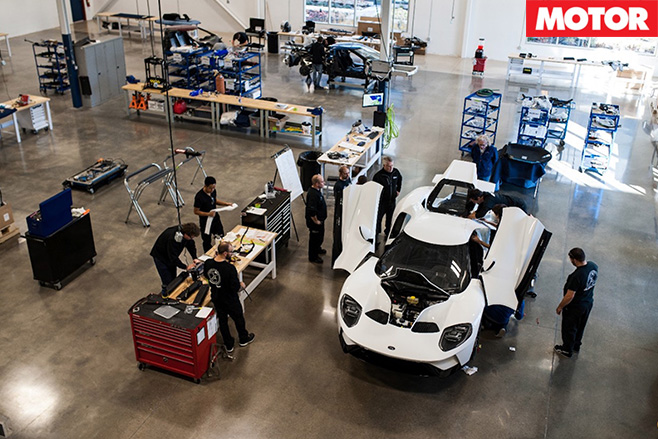 “When we kicked off 2016, we had two primary objectives for our Ford GT supercar – to excel at Le Mans, and to start deliveries before year-end,” says Nair in a statement.

“We’ve achieved both. For everyone involved in designing and developing this car, including all of our employees and suppliers, this is a moment to celebrate.”

While 6500 applications were received by Ford to purchase its US $450K pricetag – or $600K in our money – supercar, only 500 (or two years’ production equivalent) were accepted. The company has now pushed production to four years, giving some of the other 6000 teary applicants a chance at buying one of the most anticipated (and expensive) vehicles of 2017. 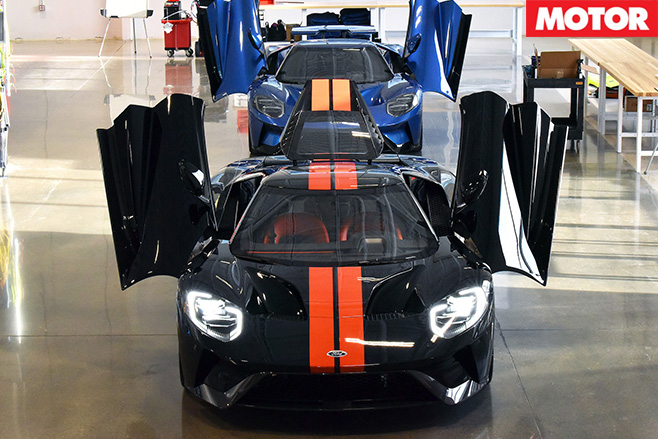 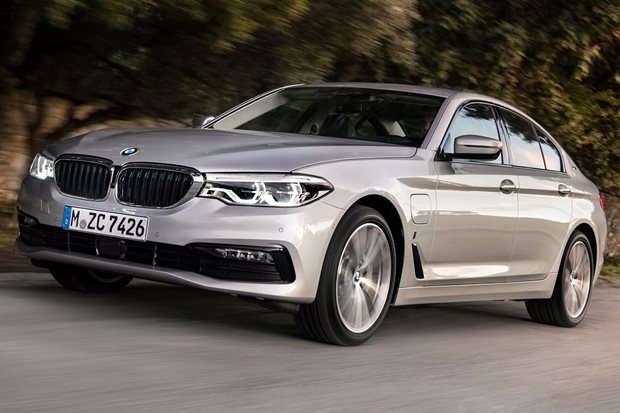 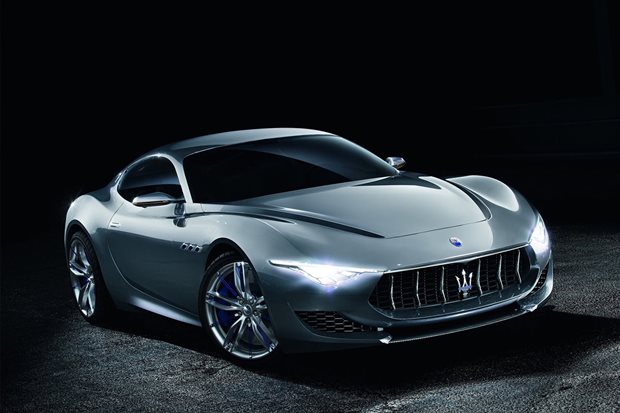 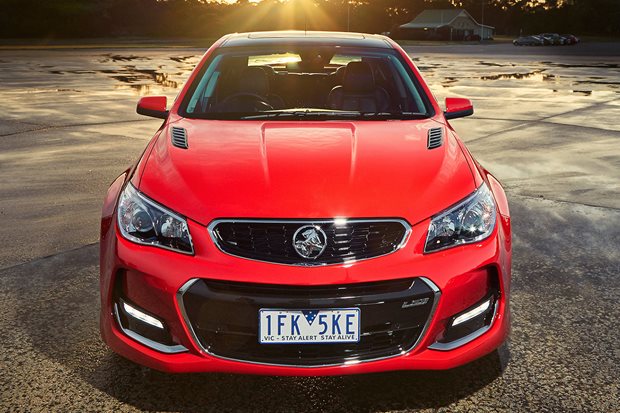