It won’t just be V8 Mustangs with ‘burnout’ line-lock mode, but Oz misses out again

Ford’s line-lock feature has made its way down from the V8 GT to the four-cylinder Ecoboost model, but it’s unlikely we’ll see it available here in Oz.

Available in most countries with both manual and automatic transmissions, the line-lock feature holds the front brakes on while allowing the rears to spin up a smoke-storm.

To get a visual addition to the event, cars with the 12-inch digital instrument display will get a timer, tachometer bar, and animation of a wheel smoking it up.

Ford is so keen to make four-pot burnouts appeal to owners, it even put Formula Drift champ Vaugh Gittin Jr. behind the wheel of an Ecoboost to pick up strangers and let them tear up tyres in a Pony.

“Burnouts just never get old, no matter how old you are and how many times you’ve done them.

“Who would have thought that we would see an EcoBoost Mustang producing 15 seconds of fury like this? You’ve got to love these rad things Ford is doing.” 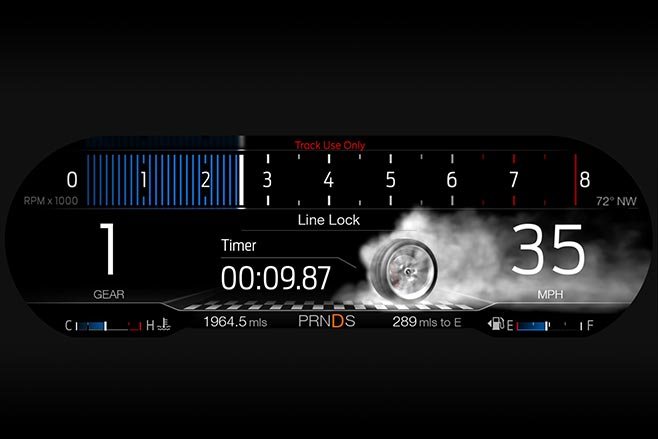 The bad news for Australians is that, thanks to legal barriers faced by Ford, neither the GT nor Ecoboost Mustangs will have line-lock active.

"We don’t have this feature on the current Mustang, and there are currently no plans to include this feature in the foreseeable future,” Ford Australia product communications manager Damion Smy told MOTOR.

The fact that Ford Australia defended the Drift Mode present in its Focus RS (from arguable unfair condemnation by media) would have us believe that if Ford could see a legal way to keep line-lock active on Australian Mustangs, it would.