Top-dog Mustang caught in the wild

Set to sink its fangs into Chevy’s Camaro ZL1 and Dodge’s Challenger Hellcat, the new Shelby will sit atop the Mustang model range with somewhere between 480kW-520kW if it’s to match rivals. 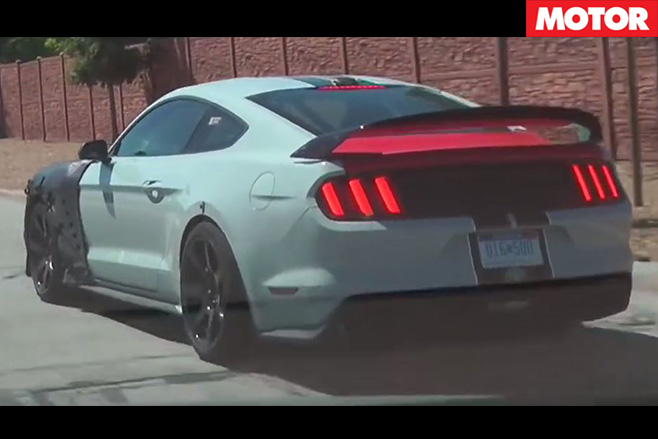 A bulging camouflaged bonnet hints the GT500’s undergone serious work to unlock the extra power, while its GT350R wheels, huge wing, and half-cage suggests its chassis will be just as potent.

It’s widely reported Ford’s boosted the engine, but conjecture surrounds what engine exactly and whether turbocharging or supercharging’s been used.

The current Mustang Shelby GT350 uses an atmo 5.2-litre V8 with a flat-plane crankshaft. Codenamed ‘Voodoo’, it’s the most powerful model in the range with 392kW.

However, Ford’s 5.0-litre Coyote V8 engine lends itself to forced induction well, as seen in the Cobra Jet and Shelby American cars. 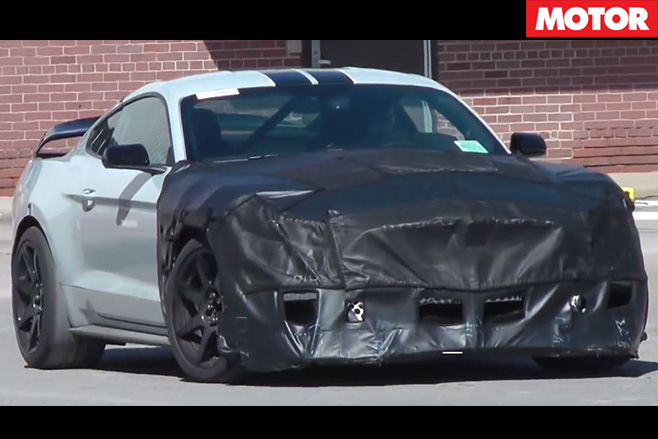 Meanwhile a 10-speed automatic transmission, co-developed with GM, is expected to handle the grunt – the same unit that’s used by Chevrolet’s ZL1.

More details about the GT500 will surface closer to its reveal later this year, however you can speculate on its menacing rumble yourself by watching the video.