Fiat Chrysler has hinted it wants the storming 527kW Dodge Challenger Hellcat for Australia but it seems a lowly importer has beaten them to it.

But not from Fiat Chrysler Australia, but thanks to Melbourne-based importer Crossover Car Conversions, who will hand you the keys to a brand new car ready to hit Aussie roads for approximately $190,000 after a five-month wait.

For your nigh-on $200K you get one of America’s maddest muscle cars, a rear-drive coupe with “the most powerful production V8 engine ever”, a supercharged 6.2-litre Hemi capable of 10.8 second quarter miles straight from the factory – or so Dodge USA claims. To convert the car to right-hand drive Crossover Car Conversions has developed a new dash, console and firewall, swaps in a right-hand drive steering rack from a locally-sold Chrysler 300 SRT, and the exhaust system from the same car.

“The American exhaust is too loud,” said Craig Dean from Crossover Car Conversions. “The car we’re working on at the moment, it has basically a modified local 300 SRT ADR-compliant exhaust.”

Dean said four Challenger Hellcats have either arrived or are en-route to Australia, one customer apparently unsatisfied with the stock car’s 527kW/880Nm and requesting a modification kit that bumps power to beyond 600kW, or 800 horsepower. 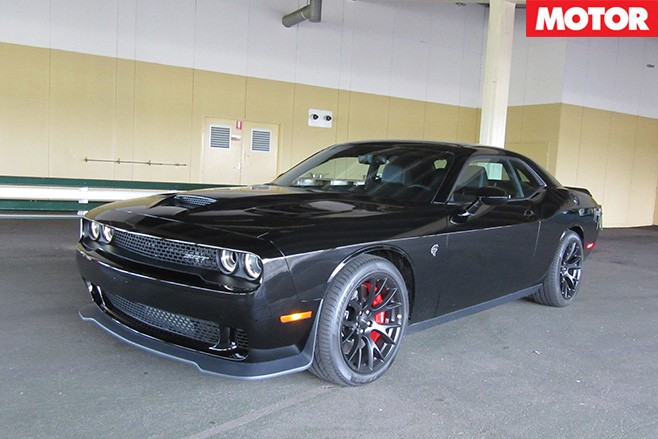 Crossover Car Conversions was also able to make the headlight-mounted intake feed meet ADRs – one of the design signatures of the Hellcat.

As for the four-door Charger Hellcat, Dean said it’s eligible for importation – but has no plans to develop a conversion kit for it at this stage, his business focused on R&D for other cars like Ford’s imminent revised F150 Raptor. 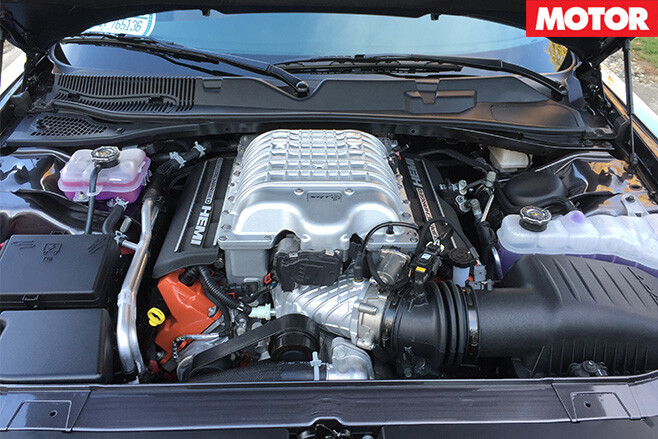 While Fiat Chrysler has said it wants more Dodge cars for Australia it hasn't named Challenger specifically - and that any Aussie arrival might yet be some way off.

The new generation Challenger is due for American release in 2018.