The Dodge Charger has always been the best bang-for-your-buck four-door saloon on sale in the US, but it just got a whole heap better thanks to the addition of the 2020 Dodge Charger Widebody.

After a couple of years of Dodge focussing its development efforts on the two-door Challenger, now it’s the Charger’s turn to get the go-faster treatment. 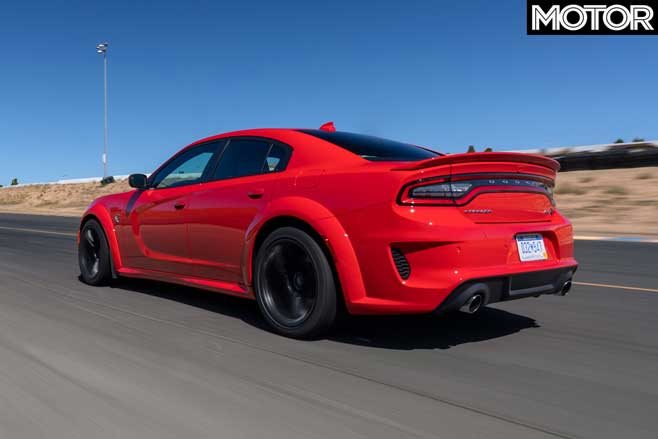 You just need to look at the Challenger line-up to see how this will play out. That now comprises a performance range that rises in firepower from the 6.4-litre N/A Scat Pack to the supercharged Hellcat, up to the Widebody Scat Pack and Hellcat, then the narrow and wide versions of the 594kW Hellcat Redeye, before topping it all off with the limited-edition Satan’s sled itself, the 626kW Demon.

While there’s no reason to doubt that the Charger will have the same model progression, the Demon-equivalent Charger is looking like it might be even more evil than the ready-to-race drag car. Early shots from Fast ‘n’ Furious 9 show Dom getting about in a Charger wearing a set of Demon wheels. This is rumoured to be the coming out of a 746kW version of the four-door. We can only hope that’s true.

That said, the Widebody Charger - the 2020 Hellcat version is now only available in broad spec, the Scat Pack can still be had in narrow or wide formats – will more than do for now. Created by kicking the wheels out by 3.5-inches front and rear then fitting 305/20-inch tyres all round, it gives the car a whole new, much-needed level of grip and control. 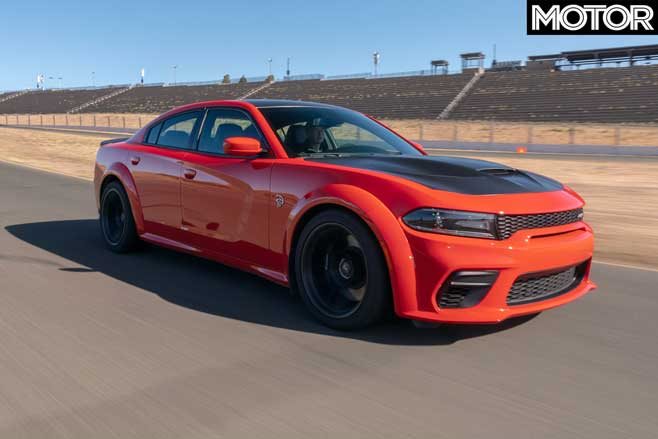 But it takes more than the wider wheels alone to create the effect. Front and rear sway bars are thicker and stiffer than before, as are the springs which are 32 per cent harder - although, as per the company handbook, not as stiff as the Challenger – so that you can make the most of all that extra grip. Other than these mods, Dodge has also fitted the WB Hellcat Charger with three-mode electric power steering for the first time.

On WB Hellcat models four new race-derived technologies have also been added to the arsenal. Launch Control and Launch Assist manage tyre slip and wheel hop, while Line Lock allows instant burnouts at the press of a button. Race Cooldown, which we first saw on the Demon, keeps the supercharger charge air cooler running even after the engine has been shut down. 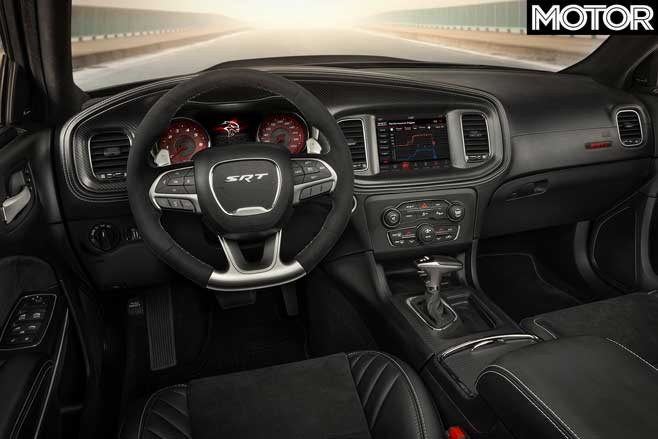 Dodge claims the above changes shave a few km/h off the top speed, which is still a healthy 272km/h, but more than make up for that with the following figures: 0-97km/h (0-60mph) takes 3.6secs; the quarter mile is dispatched in 10.96 seconds; and it now pulls 0.96G on the skid pan. All improvements on the narrow-bodied car. As are the braking figures, the bigger tyres shaving four feet off a stop from 97km/h.

So it’s perhaps no surprise to hear that it shaves a ‘which-way-did-it-go?’ 2.1 seconds off the narrow-bodied Charger Hellcats lap time around a 2.1-mile track. The improvements are similar on the WB Scat Pack cars: 0-97km/h in 4.4secs, 12.4 second quarter mile, 0.98G on the skid pan and a 1.3 second improvement in lap time. 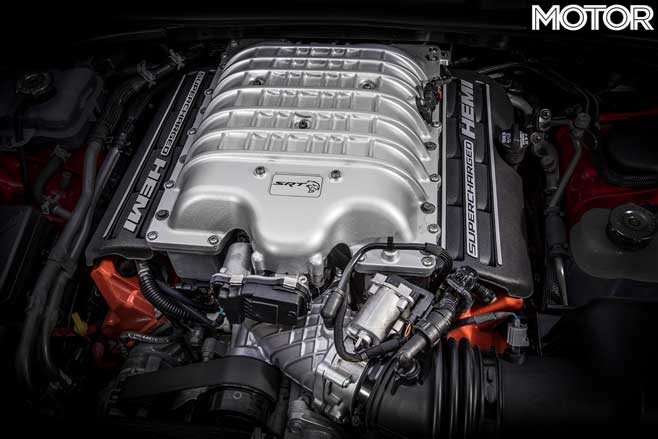 But it’s still a shock to feel how at home these big cars feel going fast on road and track. There is a huge improvement in steering feel and grip at both ends.

The Hellcat will still light up its tyres if you give it a smidge too much out of a corner, but you’re traveling appreciably quicker when it happens. The Scat Pack is the easier car to drive fast and extend to the edge of its abilities. But the Hellcat’s supercharger whine is so addictive, that’s the one we’d have to have. At least until the next version appears… 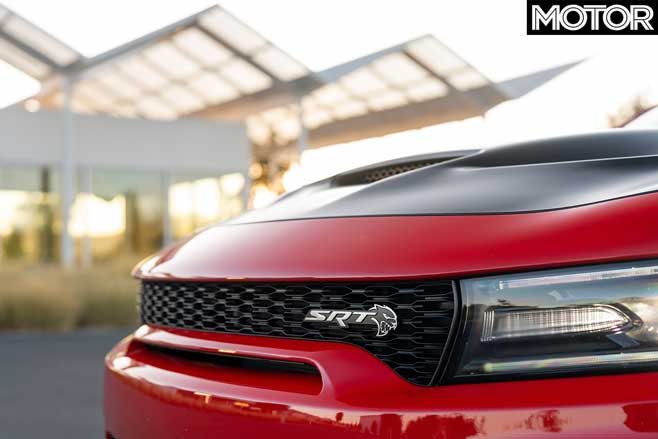 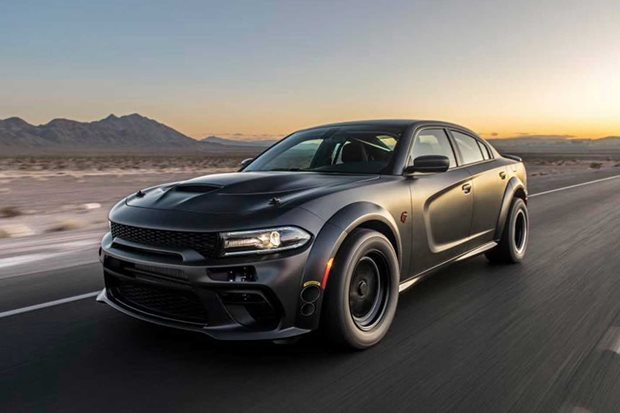 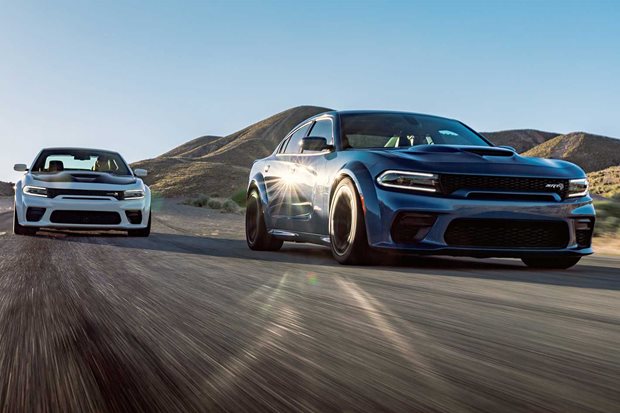 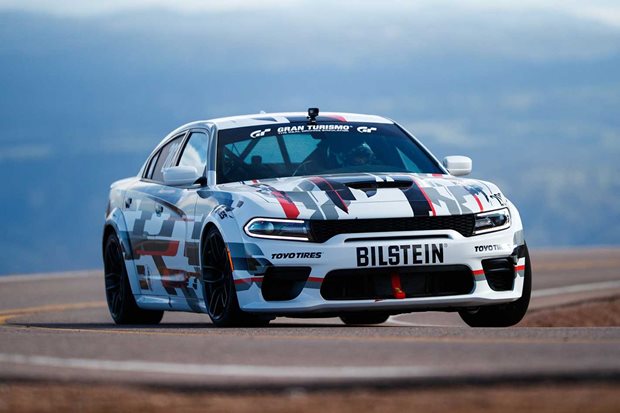 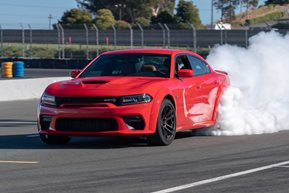 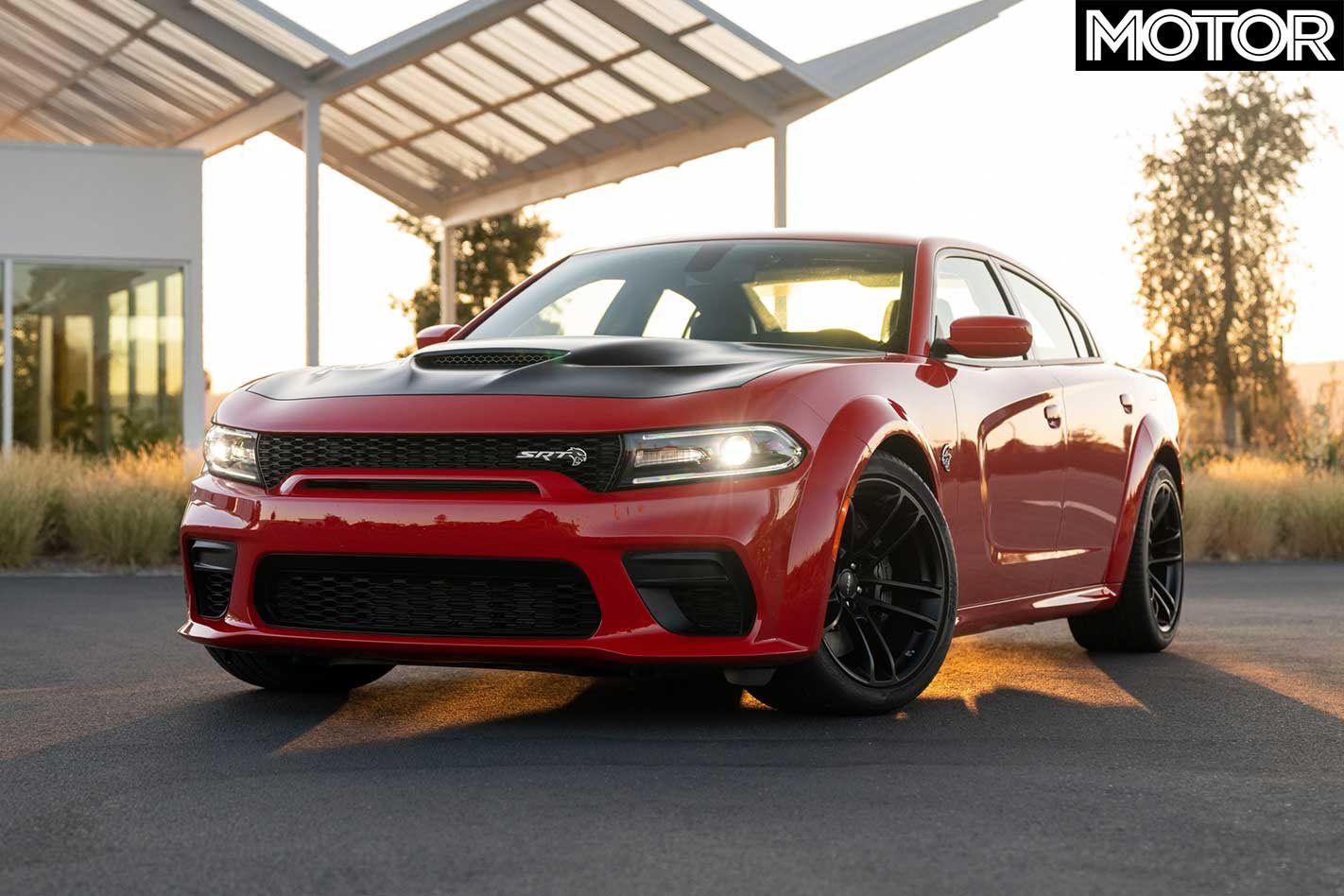 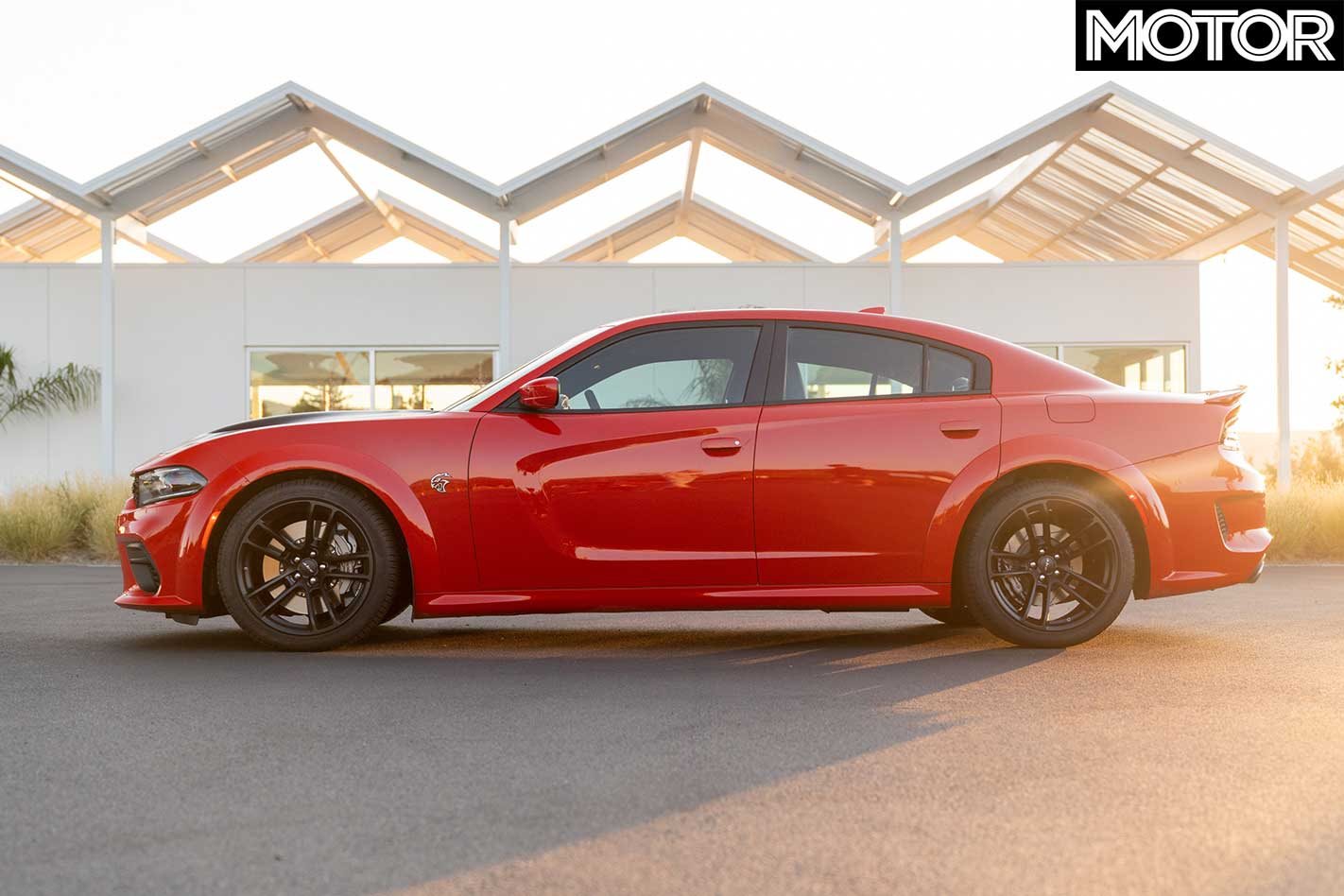 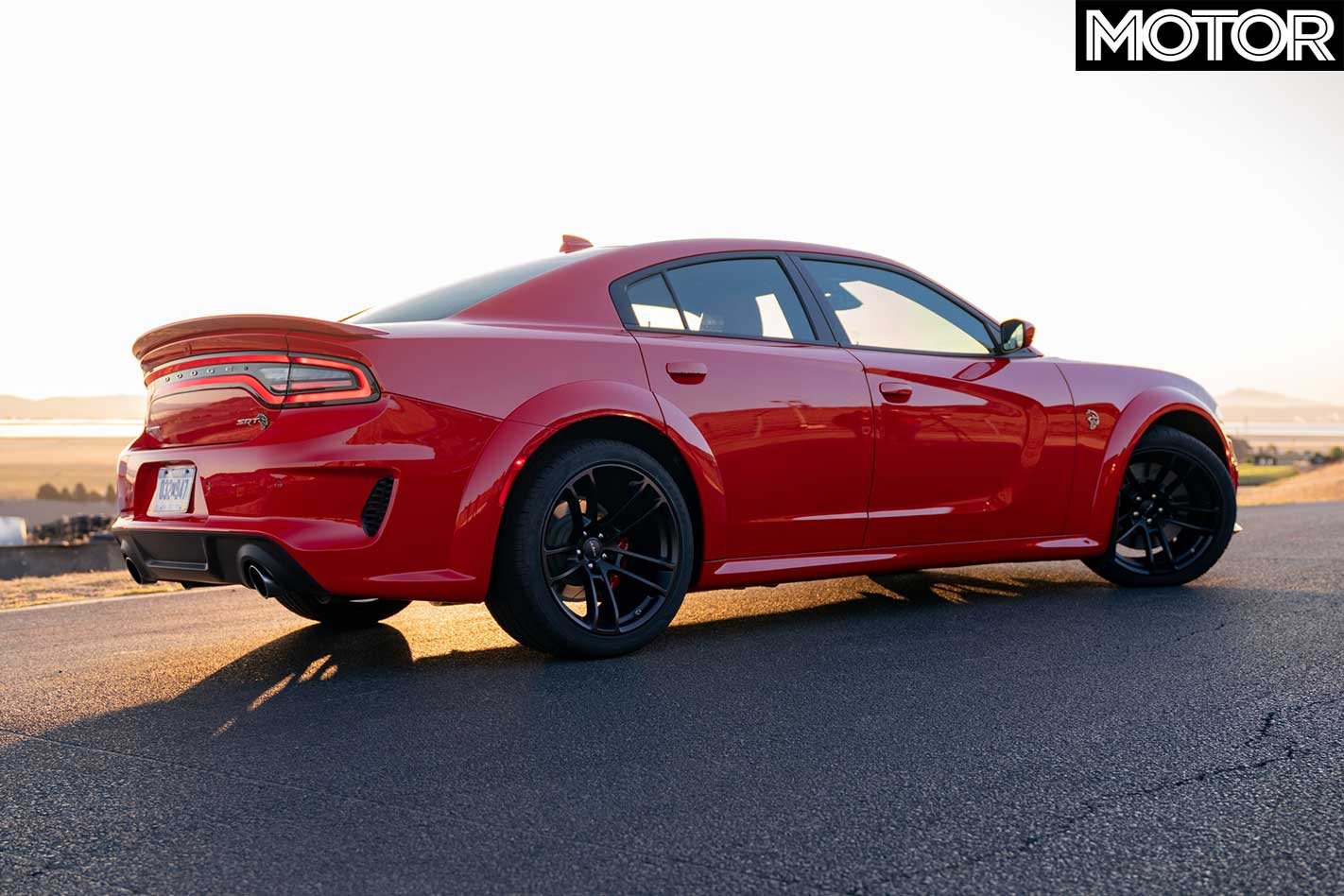 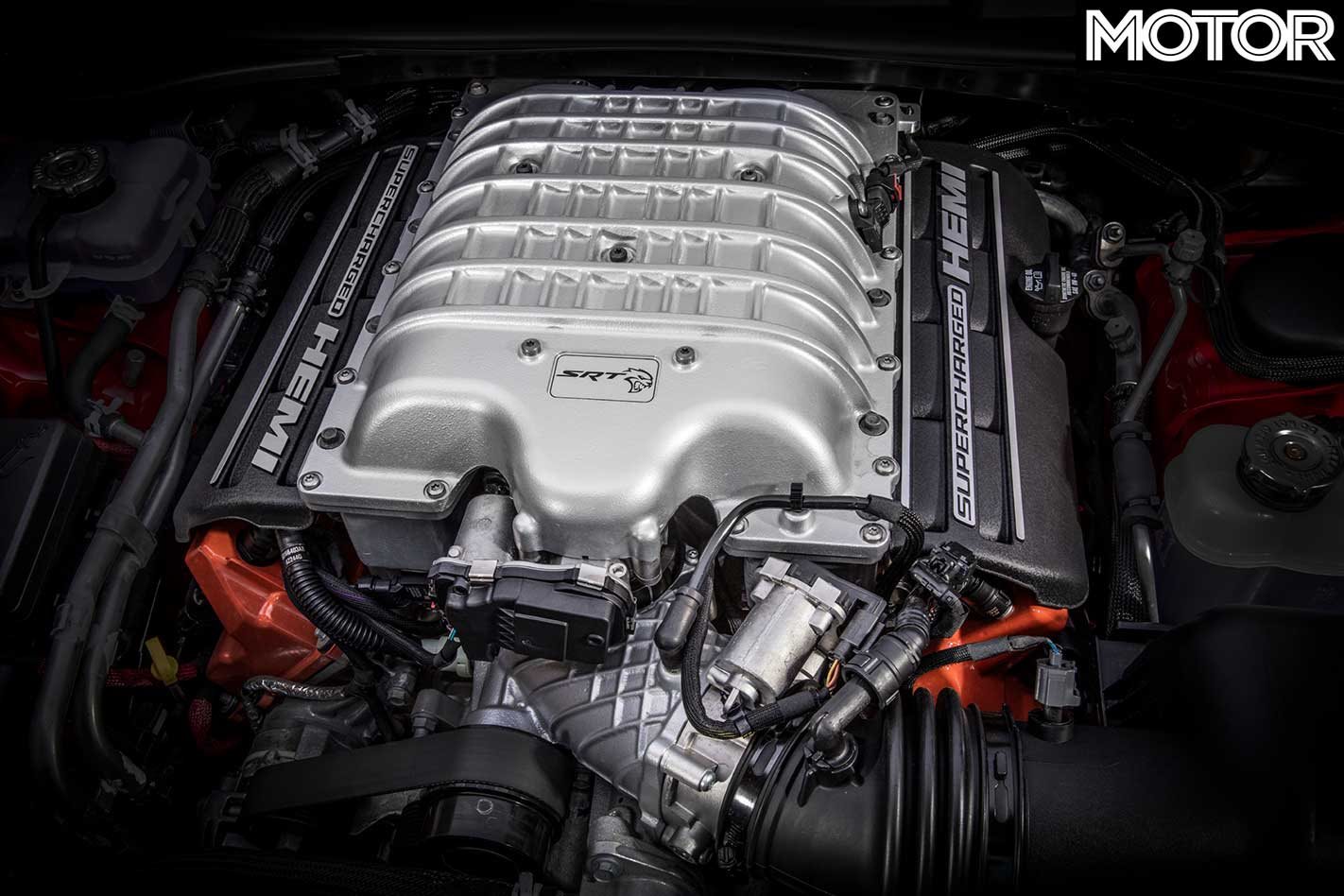 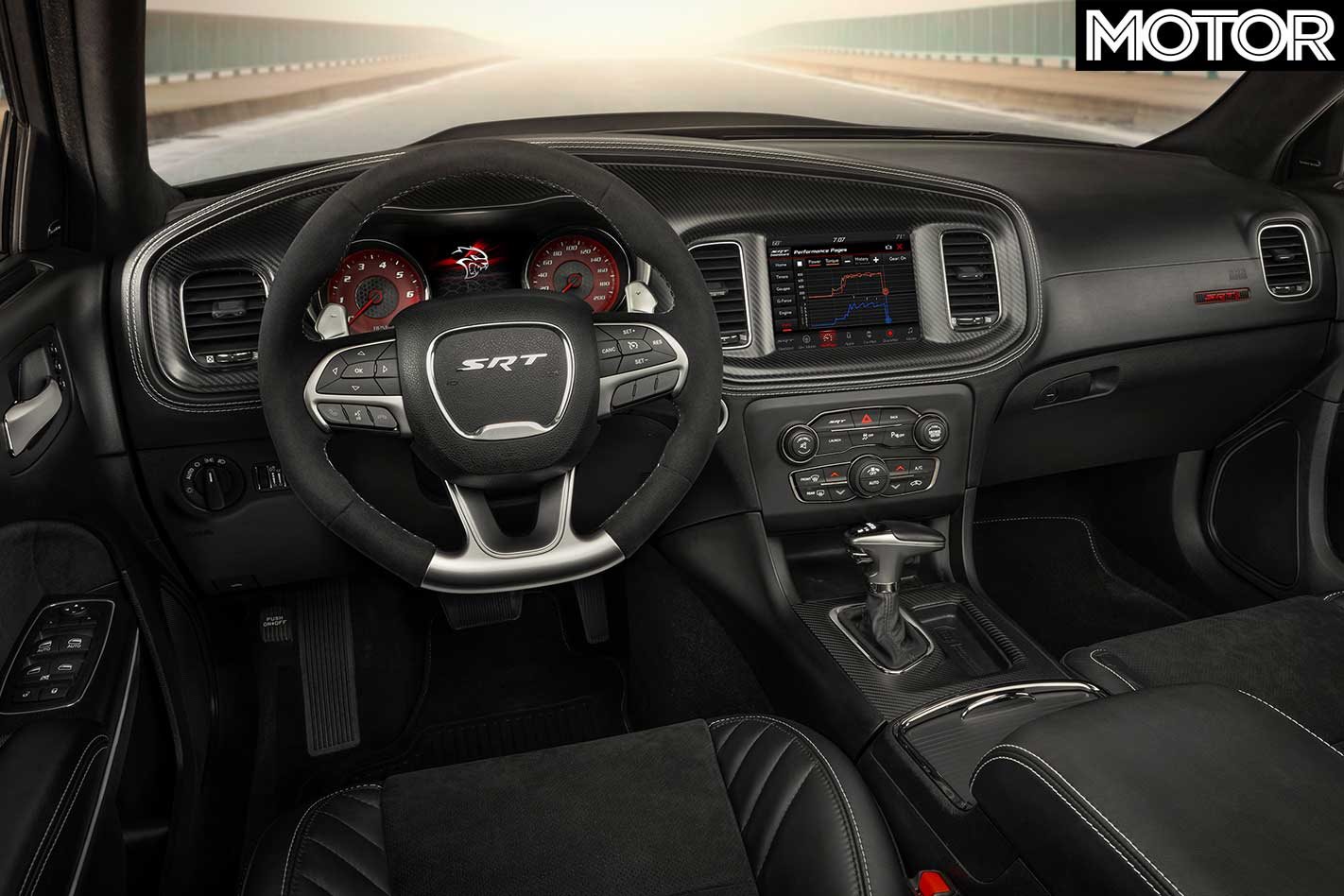 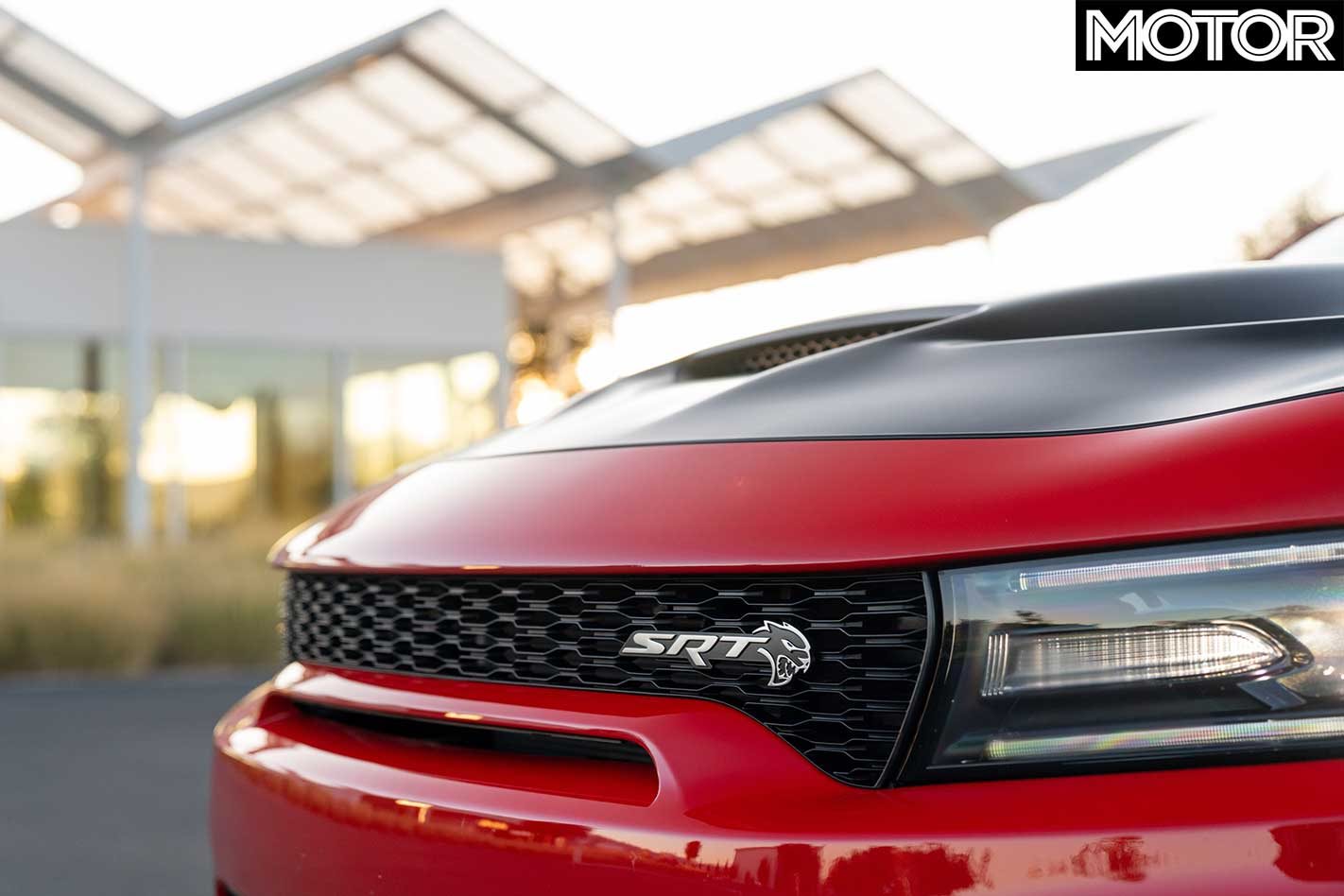