When you consider that almost 60 per cent of Commodore sales right now are of the sports models (that’s SV6, SS, SS-V and SS-V Redline) it makes sense that it’s those halo, big-banger variants that Holden has dropped its cash on for the Series 2 facelift of the VF.

In fact, not much has happened at all on the V6 front, but for V8-powered Commodores, the Series 2 nip and tuck is pretty meaty.

The headline stuff is all about the old six-litre L77 being replaced on all V8 models by the 6.2 litre LS3. No rocket science there, but a bigger stick is always a bigger stick. 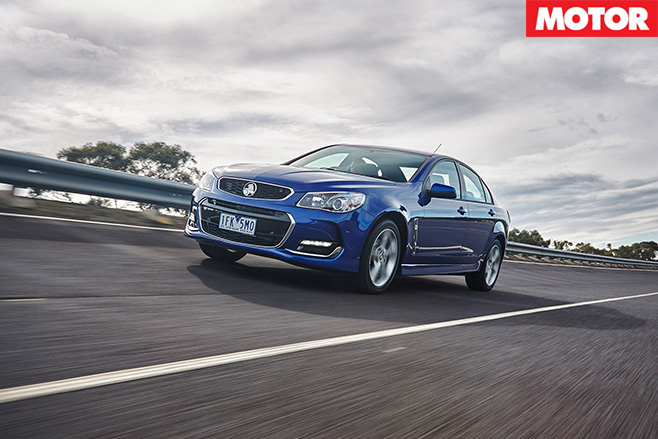 Power is up to 304kW and torque maxxes out at 570Nm and gearing has also been lowered with a shorter final-drive ratio to give the thing even more pounce.

It all works, too, and there’s no doubting the factory claim of 0 to 100 in about five even, but for those of us who like the soundtrack to match the movie, the news is even better. With some clever attention to detail, Holden has made the new VF holler like a whacked walrus, to the point where you’ll wonder whether the thing could actually be street legal (it is).

The magic is in a bi-modal flap that opens up the rear mufflers and allows them to flow into a clever set of tips that send sound back under the car and into the cabin. The other gizmo is a plastic tube that, likewise, pumps noise into the cabin. No synthesised crap played through the stereo for V8 Commy drivers. 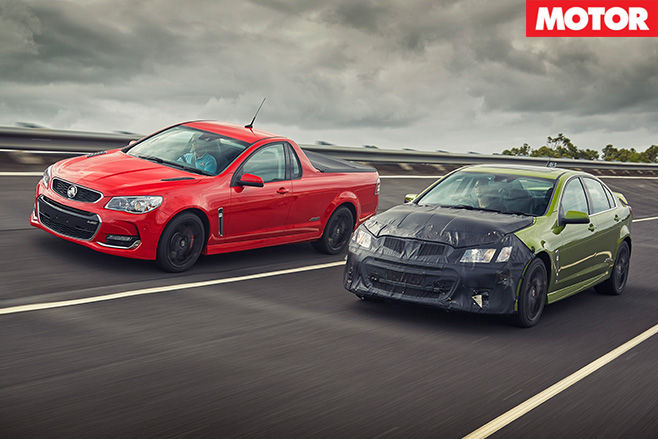 There are a few visual changes, most of which enable the car to get air out of the engine bay and past its nose more efficiently and there’s other detail stuff like new tail-lights, a couple new colours and new 18 and 19-inch wheels.

Brembo brakes are now included on the Redline model and the caliper change has allowed for a repositioning of the rear sway-bar for better ride with the same control.

For all that the changes are small (and were almost certainly done on a tiny budget) the results are big. In either manual or auto, the Commodore now jumps much harder and, with the extra revs available, you can go chasing the horizon big time. 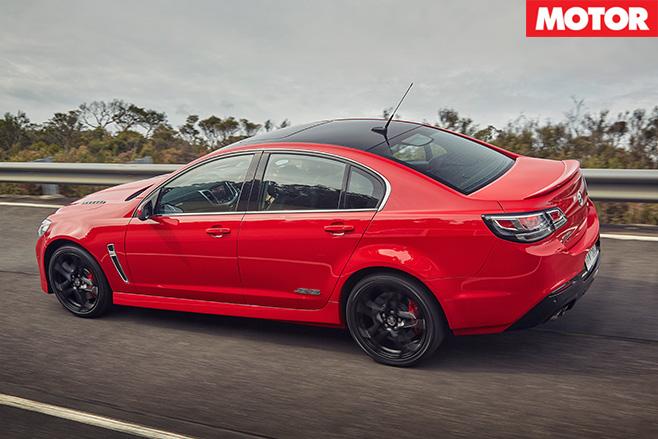 The shorter gearing makes it all feel snappier and the racket is among the best in the biz. Seriously, all V8s should sound this good.

The ride and steering is still a good compromise, too, and the Commodore points well without jarring through the front end. In fact, you can hit big bumps at speed with no fear of it bottoming and the balance is excellent for such a big `un. 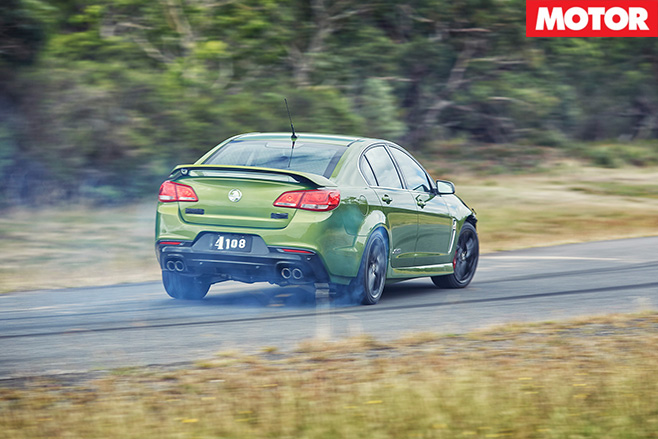 The whole VF V8 line-up gets the bigger engine, so there are no poor relations. The noisy exhaust is deleted from the Caprice long-wheelbase car, but the Ute gets all the latest tricks to ensure it has the send-off it deserves as we prepare to move beyond home-brewed Commodores and away from V8 Holden sedans altogether.