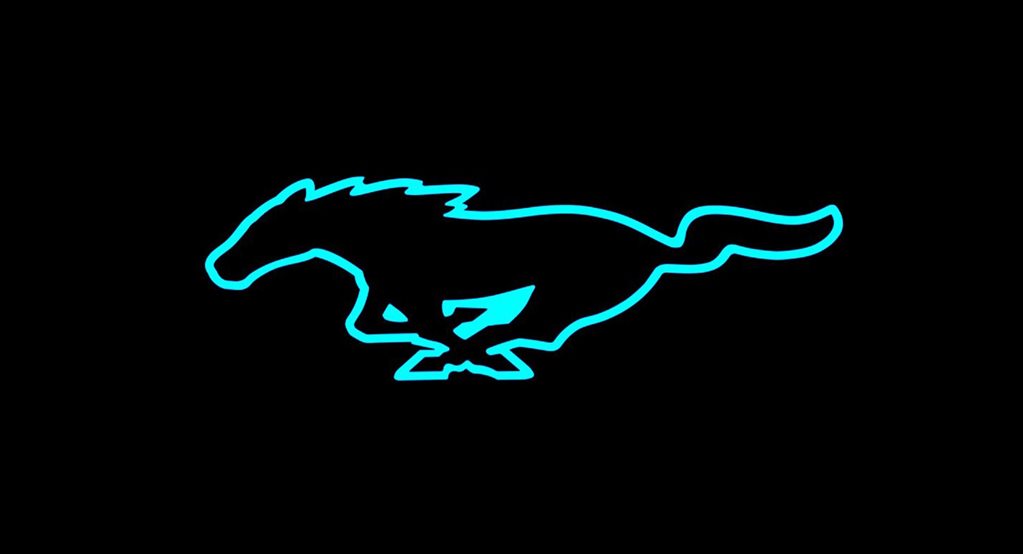 A new rivalry is emerging, with long-standing US maker Ford and crosstown EV rival start-up Tesla in the showdown

Ford is trying to keep Tesla stuck in the starting gate by teasing its upcoming electric pony car crossover.

With a cheeky tweet which was released during Tesla’s official Model Y reveal last week, the blue oval reminded excited electric car buyers that Ford has its own SUV rival coming in 2020, telling everyone to “Hold your horses,” along with an image of the iconic pony logo glowing in blue. 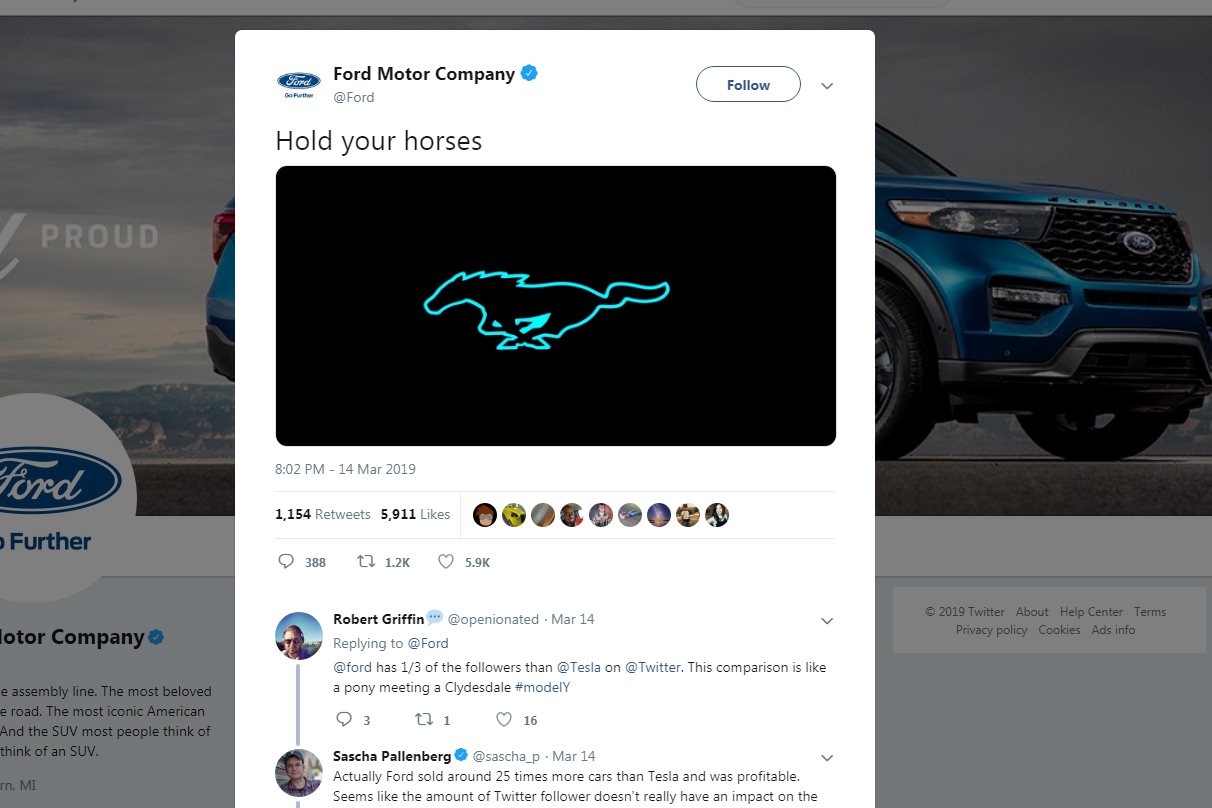 Ford first announced its electric SUV earlier this year at the Detroit motor show in January, under the codename Mach 1. It has since remained tight-lipped on details, but the usual hype Tesla develops – and consequent pre-orders it gets – from reveals has forced Ford to kicks its hoofs out. The Tesla Model Y looks set to tap into its largest customer base yet, and it’s a market battle that Ford won’t want to lose.

Speaking with CNBC in the US, Ford president of global operations, Joe Hinrich, said that we could expect “a Mustang-inspired SUV” from the maker soon. An event scheduled for April in Europe is tipped to be a likely venue for Ford to preview its next-generation of long-range electric passenger cars and SUVs.

The upcoming crossover is an unusual turn for the Mustang ethos, a car that is famous for spilling hydrocarbons from a grumbly V8 petrol motor in a two-door coupe body. But Ford further hints that the battery-electric crossover will have a performance bent, leveraging the model’s 55-year sporting heritage to give it some reverence that Tesla doesn’t have.

Ford has also tipped a further $1.2 billion into a second US production site that will produce its upcoming electric vehicles – the investment is almost as much as Tesla’s entire earnings before interest, taxes, depreciations and amortisation last year.

Despite Ford’s comfortable financial position and ability to easily ramp up production of electric vehicles soon, Tesla’s stock market value remains higher, an indication of both the unwavering consumer and investor support. At least as long as it can maintain production expectations.

Ford currently produces an all-electric Focus but it’s hampered by short-range. The upcoming long-range crossover will address range anxiety and should appeal to the growing SUV market. Ford has confirmed it will arrive in showrooms by the end of 2020, the same year that Tesla plans to roll out its Model Y competitor.