They say there’s no replacement for displacement… except technology. Proof in point: the new 2019 G20 BMW 330i.

Beemer’s badge originally referred to the medium-size 3 Series, powered by a naturally aspirated 3.0-litre straight-six engine – the kind the Bavarian car maker is well known for. But all that sensical nomenclature was lost as tightening emissions forced mainstream cars to have smaller, more efficient turbocharged engines that could deliver equal performance. At least, most brands will tell you that the performance remains on par. 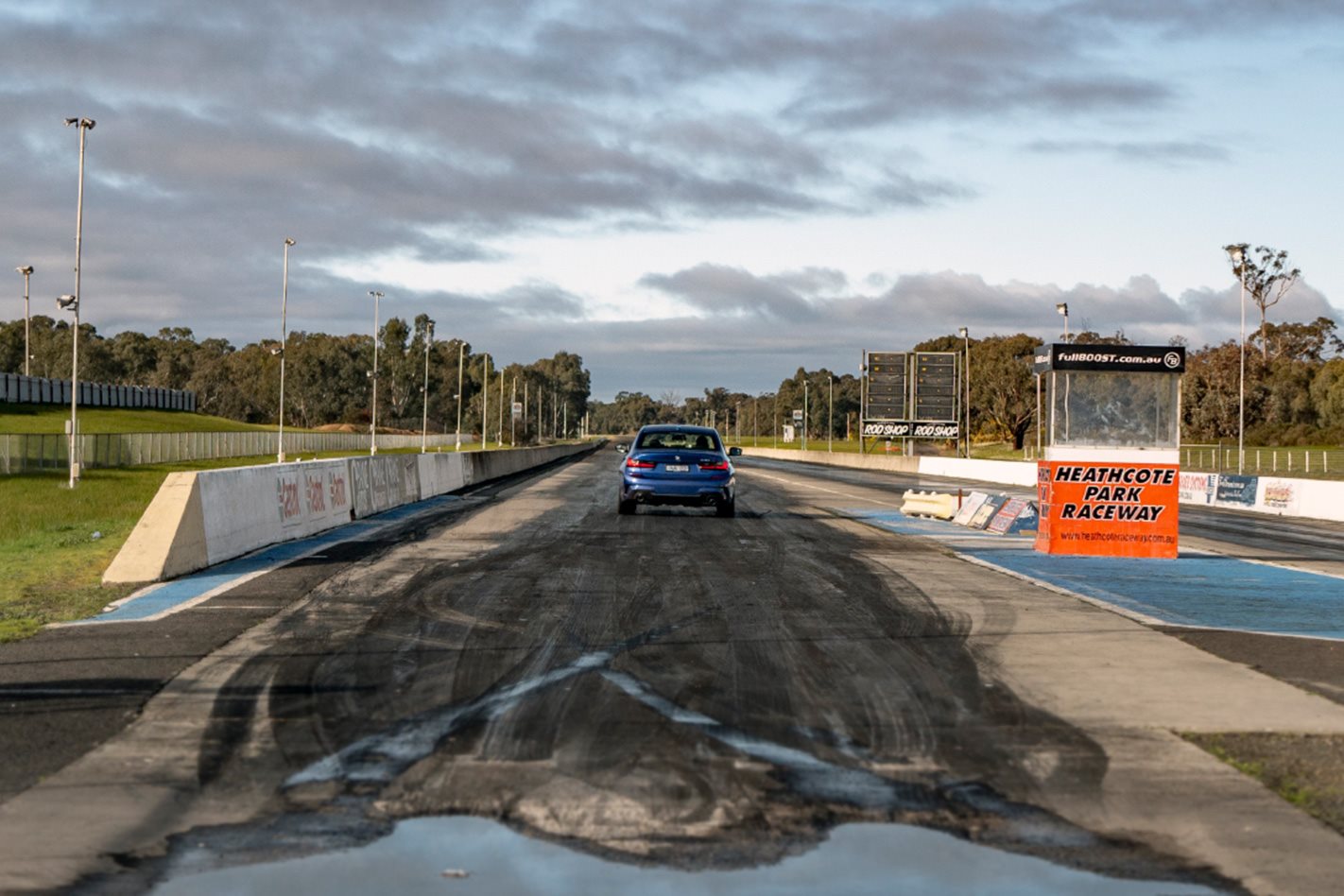 Interesting then is the new Genesis G70, available with an environmentally friendly 179kW/353Nm 2.0-litre turbo but also a larger 3.3-litre V6 twin-turbo punching out 272kW and 510Nm for equal money. True, the new South Korean premium brand offers a down-sized four-pot like all rivals, though the 3.3T is the largest and most powerful engine in the segment short of performance sedans such as the BMW M3 and Mercedes-Benz AMG C43.

Furthermore, the BMW 330i and Genesis G70 3.3T Sport are perfect price pairs, costing $72,900 apiece. BMW’s effort is polished with premium cabin but it gets a smaller 2.0-litre petrol turbo motor, producing 190kW and 400Nm through an eight-speed automatic transmission. Like the Genesis, it’s rear-wheel-drive.

The Genesis G70 is the first new generation model from Hyundai’s premium offshoot and the V6 turbo engine is muscular, firing grunt through an eight-speed automatic which gives it a claimed 0-100km/h in 4.7sec, one second faster than the 330i’s 5.8sec.

History shows it’s prudent not to trust what the manufacturer says though, so we took both down the strip for a good ol’ fashioned drag race.

Ambient temperature at Heathcote raceway was 9.5 degrees Celsius and the weather was clear, though it had been raining. 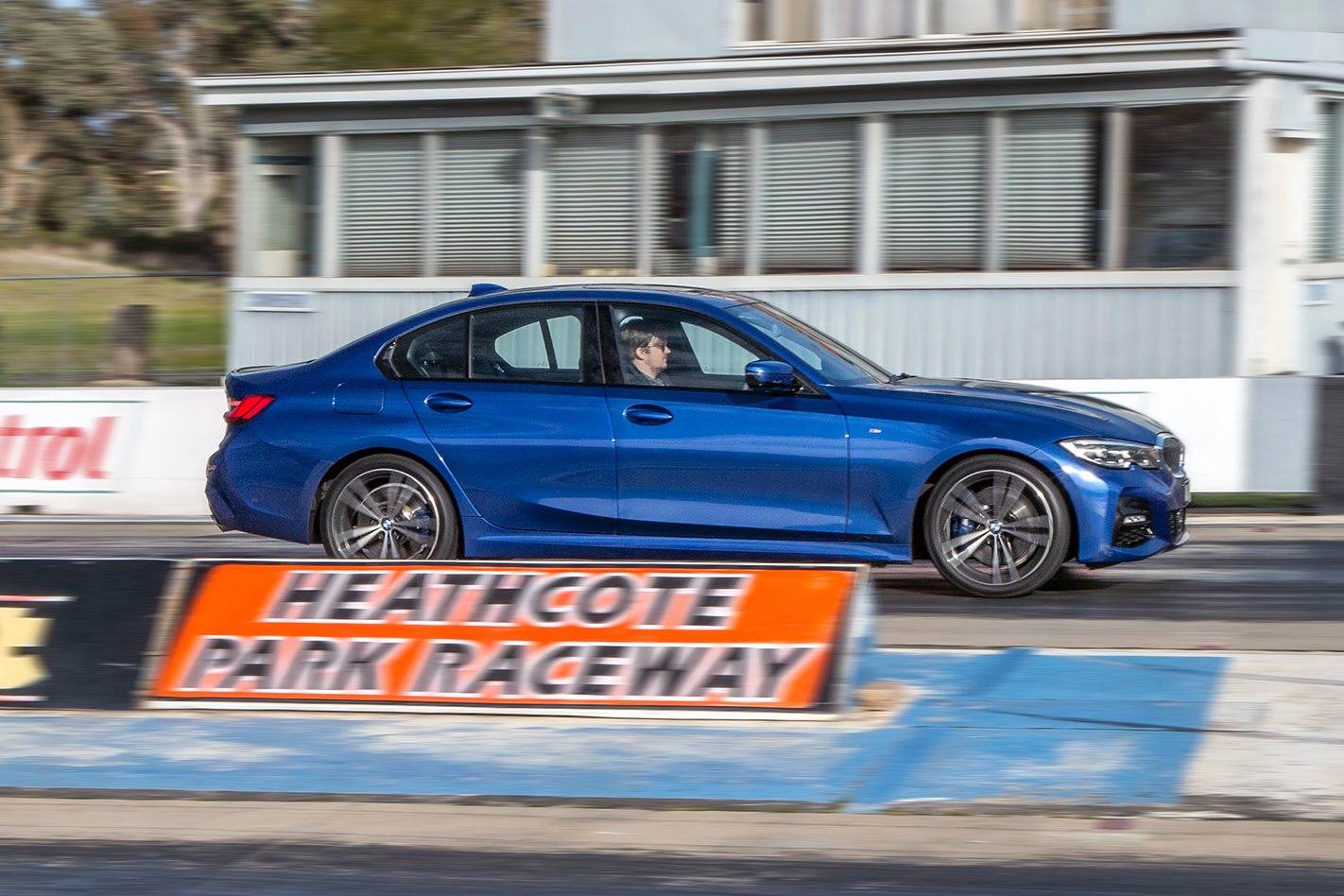 Without launch control, the 330i breaks a set of black lines quickly, so it’s hard to stall to the right revs. It also struggles for traction with the traction control off – our best result was with TRC on, Sport Plus mode selected and with the automatic shifter slid across into Sport mode. The result was a 0-100km/h in 5.8sec, matching the claim and finishing the quarter-mile sprint in 14.1s at 161.7km/h.

How did it fair against the Genesis, which couldn’t live up to its claim?

The South Korean gets an electronic diff as standard, with a mechanical limited slip diff in the higher-spec Premium Sport, and rides on the same size rubber as the 330i. However, this time it’s the performance-oriented Michelin Pilot Sport 4 tyres.

There is no launch control, but in Sport mode, even with traction control off, the automatic will stall at 1500rpm – ample revs for a good start given the huge torque on tap that spins the wheels even when changing gear at around 80km/h. The automatic transmission isn’t the brightest at getting the most from each cog, shifting a touch early, so overriding it via the paddle shifters is best for extracting maximum performance.

Check out the full results below.