For its first full-size coupe in thirteen years, the DB9 replacement matches the time to the ton of the Porsche 911 Carrera S and comes within a tenth of the Mercedes-AMG GT it will be priced just above. It is seven-tenths faster than the 5.9-litre naturally aspirated V12 it replaces. 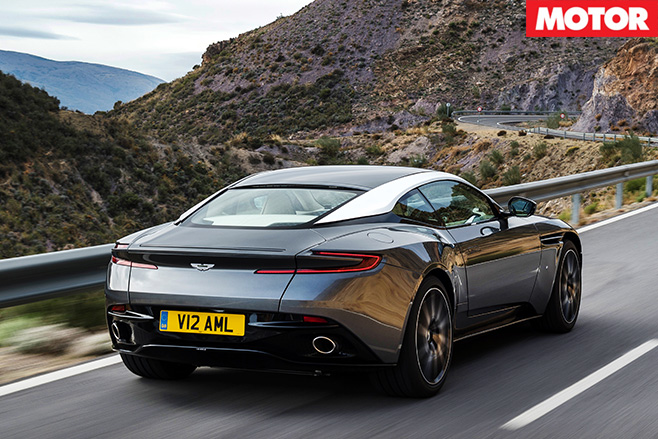 The result is a “lighter, stronger, more dynamic and space-efficient” body frame, though kerb weight details are yet to be revealed. The DB9 weighed a portly 1785kg.

No less than eight heavily contoured bonnet lines slice from front windscreen to front bumper, from fender to fender, a contrast to both the smoother DB9 and the rounded headlight and grille shape of the DB11.

Above the beefy rear haunches is a noticeable black character crease underscoring the rear window line and sweeping silver roof pillar. The C-shaped LED rear tail-lights encircle a rear decklid that is more concave and angular than before.

Compared with its predecessor the exclusively rear-wheel drive DB11 boasts a 65mm wheelbase increase over a 50mm-longer body. Front overhang slips down by 16mm, with the V12 now pushed further behind the front axle line, while rear overhang increases by 11mm. Width increases by just 28mm, though the tracks swell by 75mm front/43mm rear. 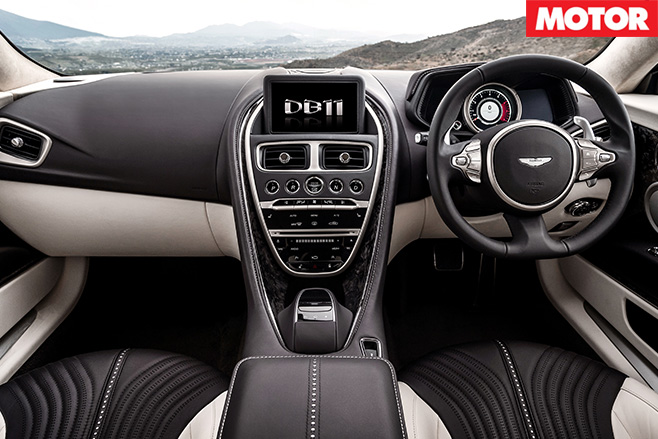 Among other targets, the growth is designed to make the DB11 a better 2+2 tourer, with Aston Martin claiming just 10mm extra front headroom but a massive 54mm increase in rear headroom. Likewise there is 87mm extra rear legroom.

A cockpit focused on a slim, upright centre stack includes an 8.0-inch colour TFT display connected to a Mercedes-Benz-derived infotainment system – even the controller is shared with C-Class and others. A 12.0-inch TFT also sits in front of the driver.

Of its new in-house-designed engine, Aston Martin claims it “is not just a collection of impressive numbers … it also has impressive character thanks to its tremendous breadth of performance, exceptional response and authentic V12 soundtrack.” 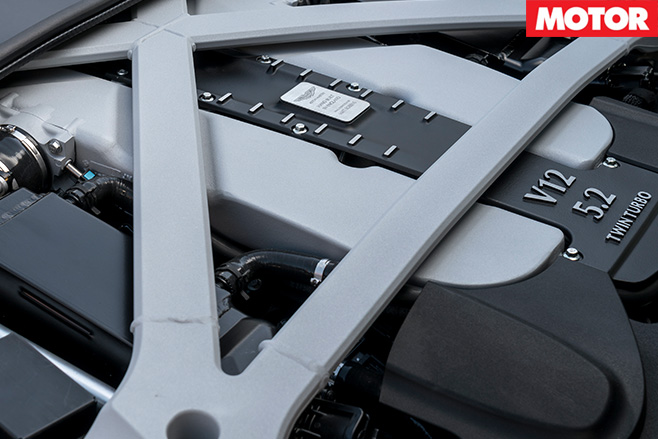 “We were adamant [DB11] should have an honest, genuine engine note, so what you hear comes purely from the intake and exhaust, not from speakers pumping synthesised sound into the cockpit,” the brand adds in what is clearly a stab at some competitors.

The DB11 boasts “a magnificently right and potent soundtrack that can switch from mellow to malevolent with a squeeze of the throttle.”

The DB11 also features sound adjustments made via a three-mode driving selector, however, with GT, Sport and Sport+ modes increasingly making the exhaust, in addition to the transmission and engine response, suspension and new electro-mechanical steering set-up more aggressive. 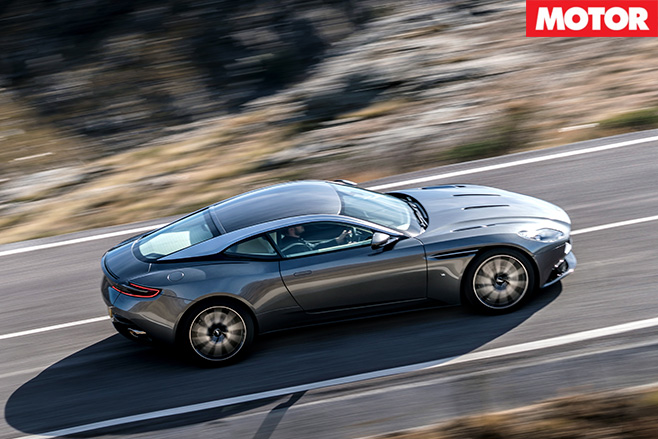 The eight-speed torque converter automatic is poached from the Vanquish and Rapide S, with revisions, and the transaxle includes a mechanical limited-slip differential and torque vectoring by braking – the latter a first for Aston Martin.

The DB11 rolls on 255mm 45-aspect front/295mm 35-aspect rear 20-inch Bridgestone S007 tyres with six-piston 400mm front/four-piston 380mm rear brakes behind them. Aerodynamic performance is said to be a focus of the DB11 program. 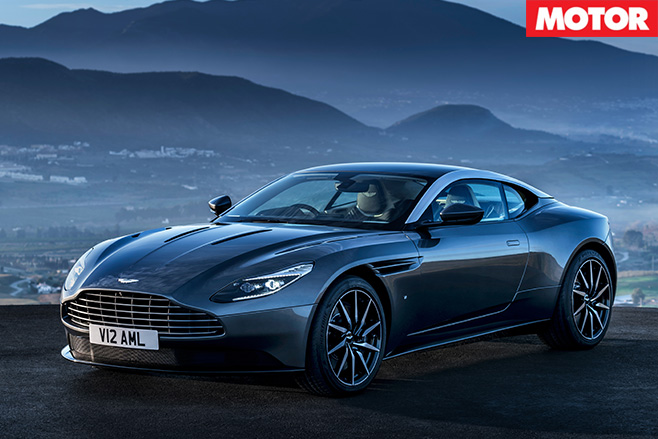 Each front wheel arch includes a “gill-like” vent that sweeps air through the side strakes to reduce unwanted front-end lift, while intake slots at the base of the C-pillar funnel air through “discreet slots” on the rear decklid to create extra downforce. A small, pop-up rear spoiler takes over to help, too.