Welcome to Porsche’s ‘Greatest Hits’ 911, and just like The Beatles, The Rolling Stones or Elton John, it has quite a catalogue to choose from.

The 911 R cherry picks the juiciest bits from the entire 911 line-up as a last hurrah for the 991-series model before production switches completely to the new 991.2 range.

Just 991 will be built, with Australia guaranteed “an extremely limited number” starting at $404,700. The nameplate is a nod to the 1967 road racer of which just 18 were built to compete in events like the Targa Florio. 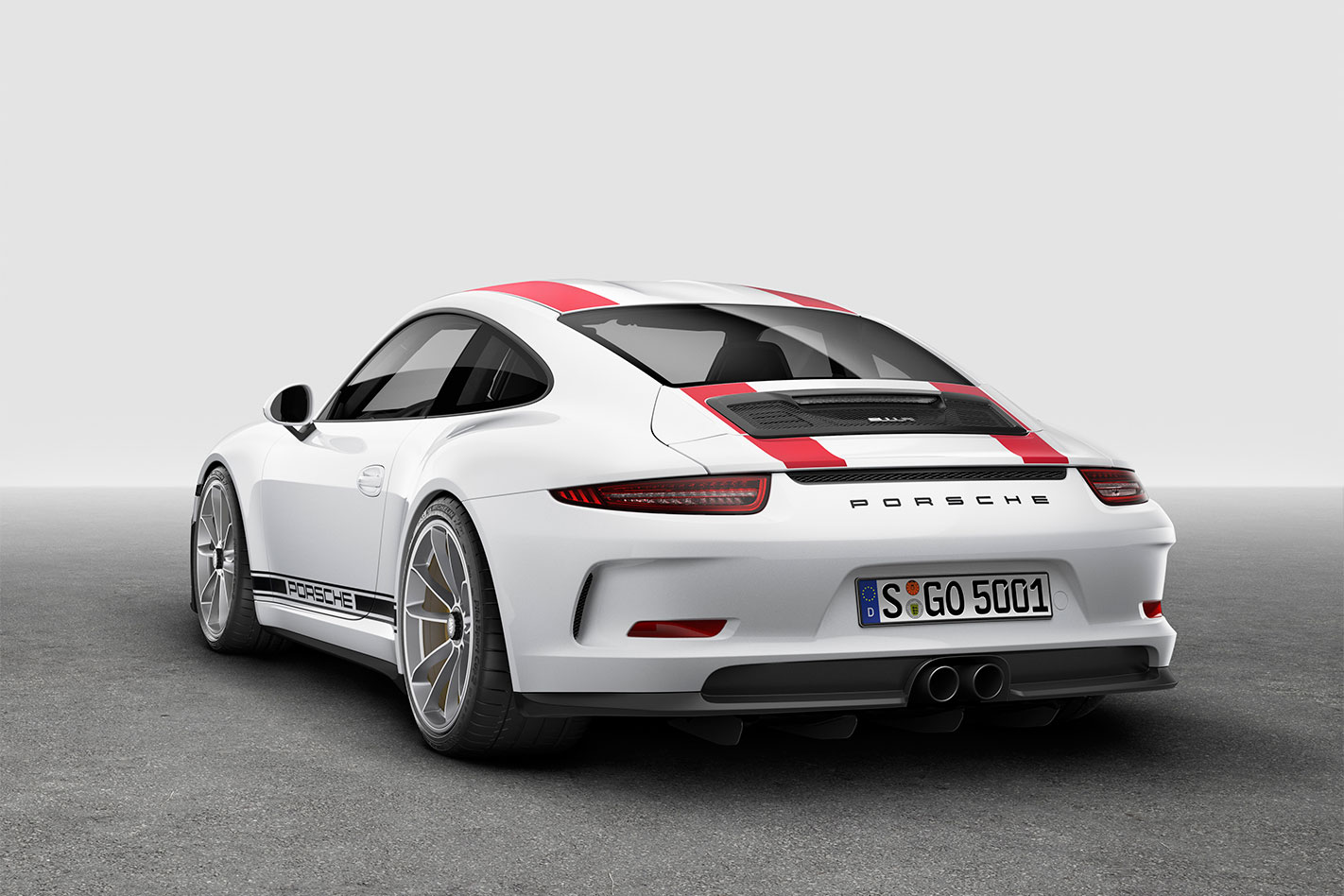 The 911 R uses a GT3 bodyshell sans spoilers as a base, however lightweight panels from the GT3 RS are used, including carbon bonnet and wings, magnesium roof and plastic for the rear windscreen and windows.

There is no rear seat, sound insulation has been reduced and air-con and even a radio have moved to the no-cost option list. 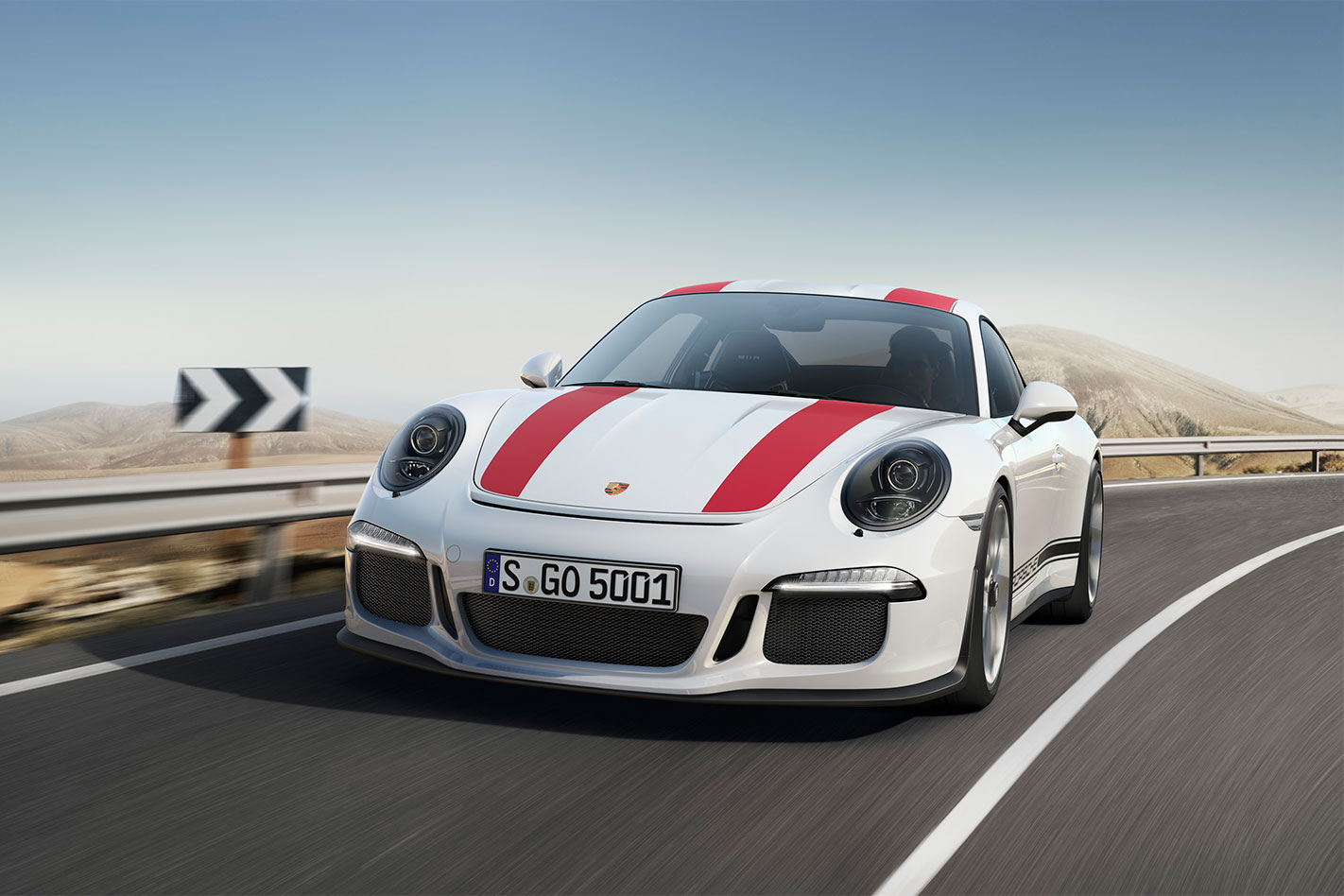 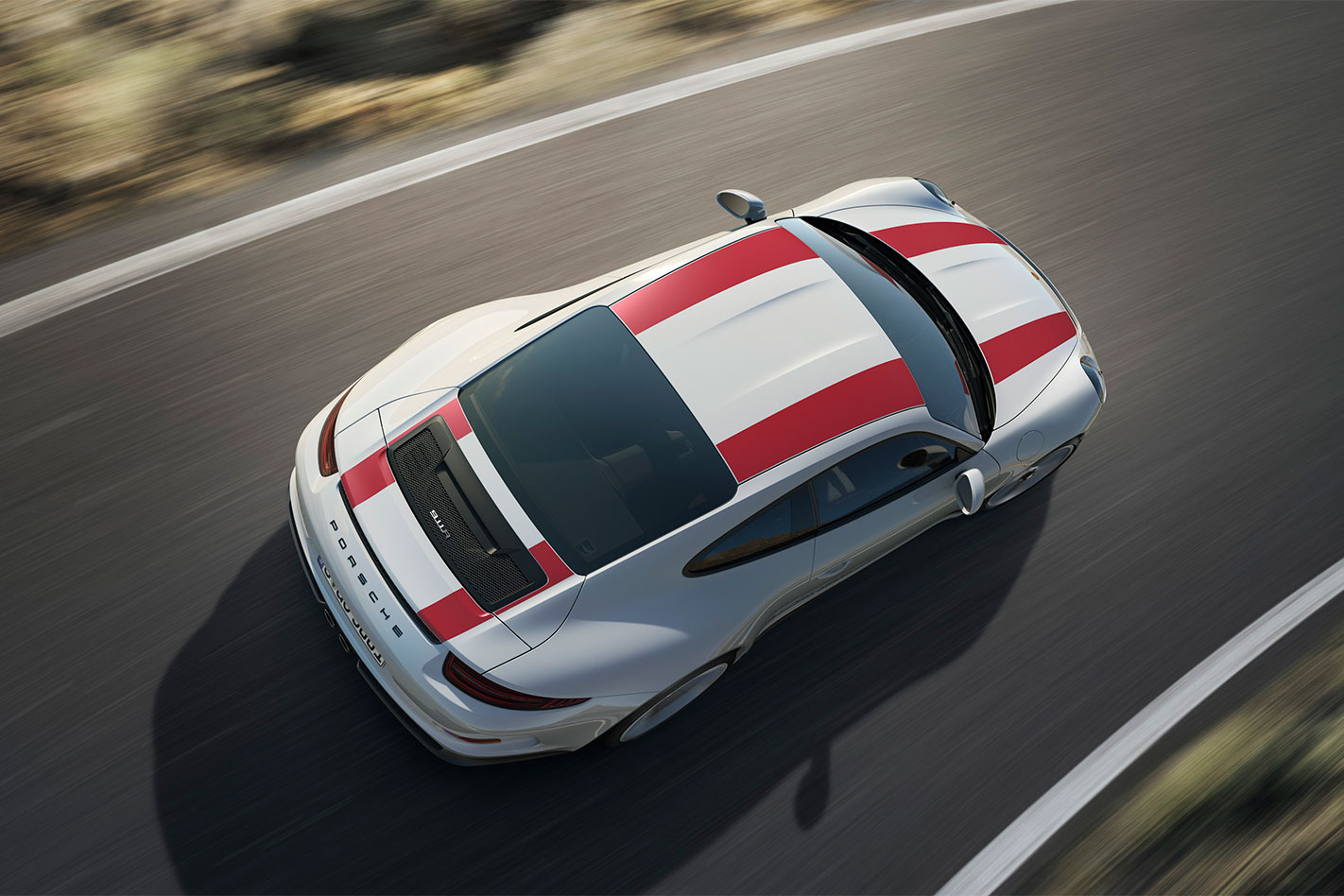 This is fed to a mechanically-locking differential through a brand new ZF-developed six-speed manual gearbox which will feature in the next generation GT3 and GT3 RS.

Having to shift your own gears lifts the 0-100km/h time to 3.8sec (the GT3 RS claims 3.3sec) however top speed also increases to 323km/h thanks to the removal of those drag-inducing wings.

Three colours will be available (white, red and black) while the Porsche logos on the side and colour stripes (available in red or green) are a nod to its illustrious 1960s predecessor. 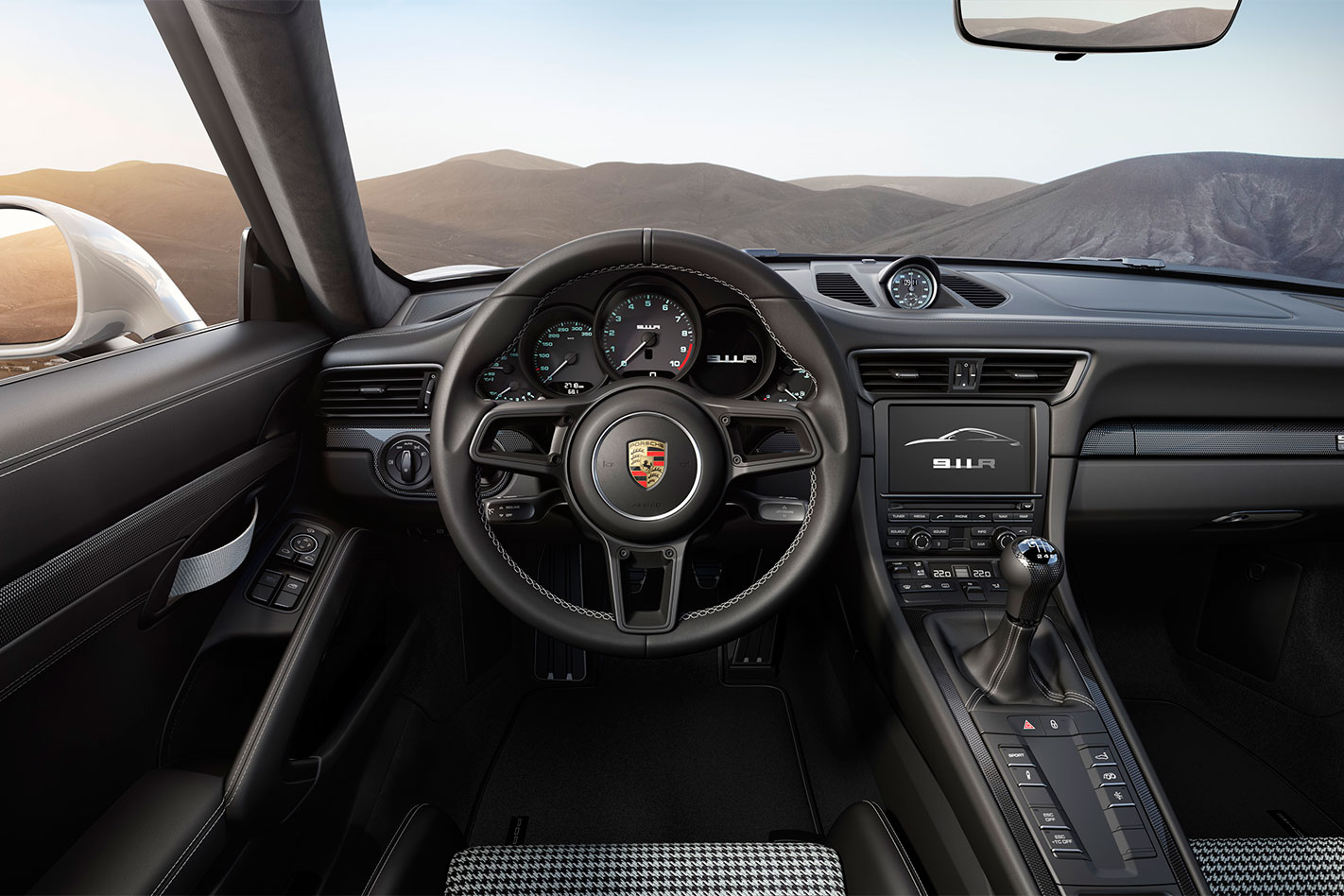 Inside there is a choice of brown or black trim with 918 Spyder-style carbon bucket seats clad in traditional pepita cloth, bespoke green instrument faces and carbon-fibre dash strips.

Australian deliveries of the 911 R are expected by the end of 2016, but you’d better get in quick as we expect the queue of potential buyers to be long for what promises to be a pretty spectacular car.