This is the Rimac C Two, a purely electric hypercar that thrives on mind-boggling numbers.

Beginning with the power, it makes 1408kW and 2300Nm. This comes thanks to four electric motors, one for each wheel. We’re already overwhelmed. 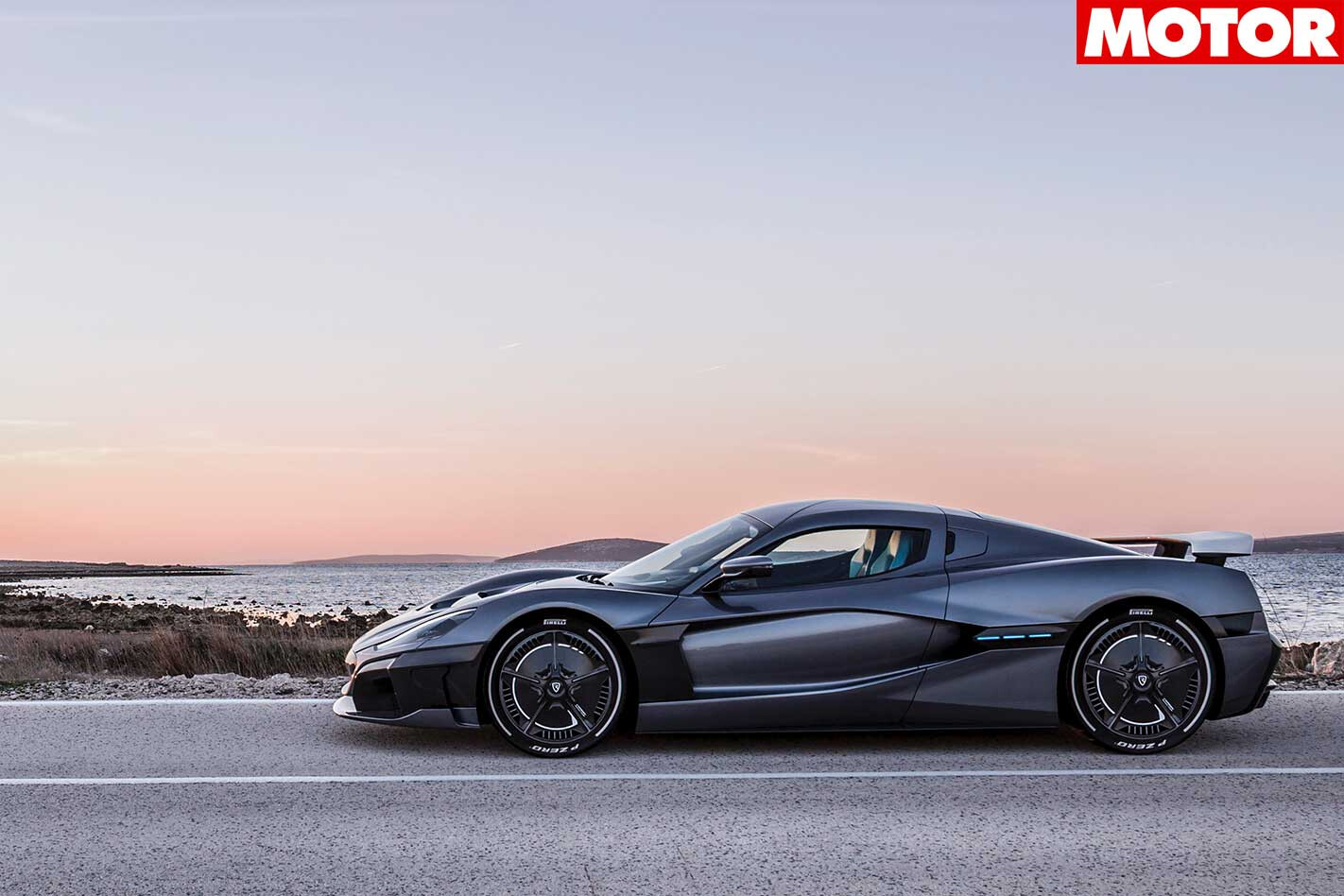 MORE Rimac Concept One flogs a Tesla and La Ferrari The company released a somewhat playful description of how the C Two can achieve such a feat.

“Rimac’s own suite of electronic control systems means that full torque-vectoring is available (and necessary!) to harness  two and a half times the torque output of a contemporary hypercar,” the Croatian company explains. 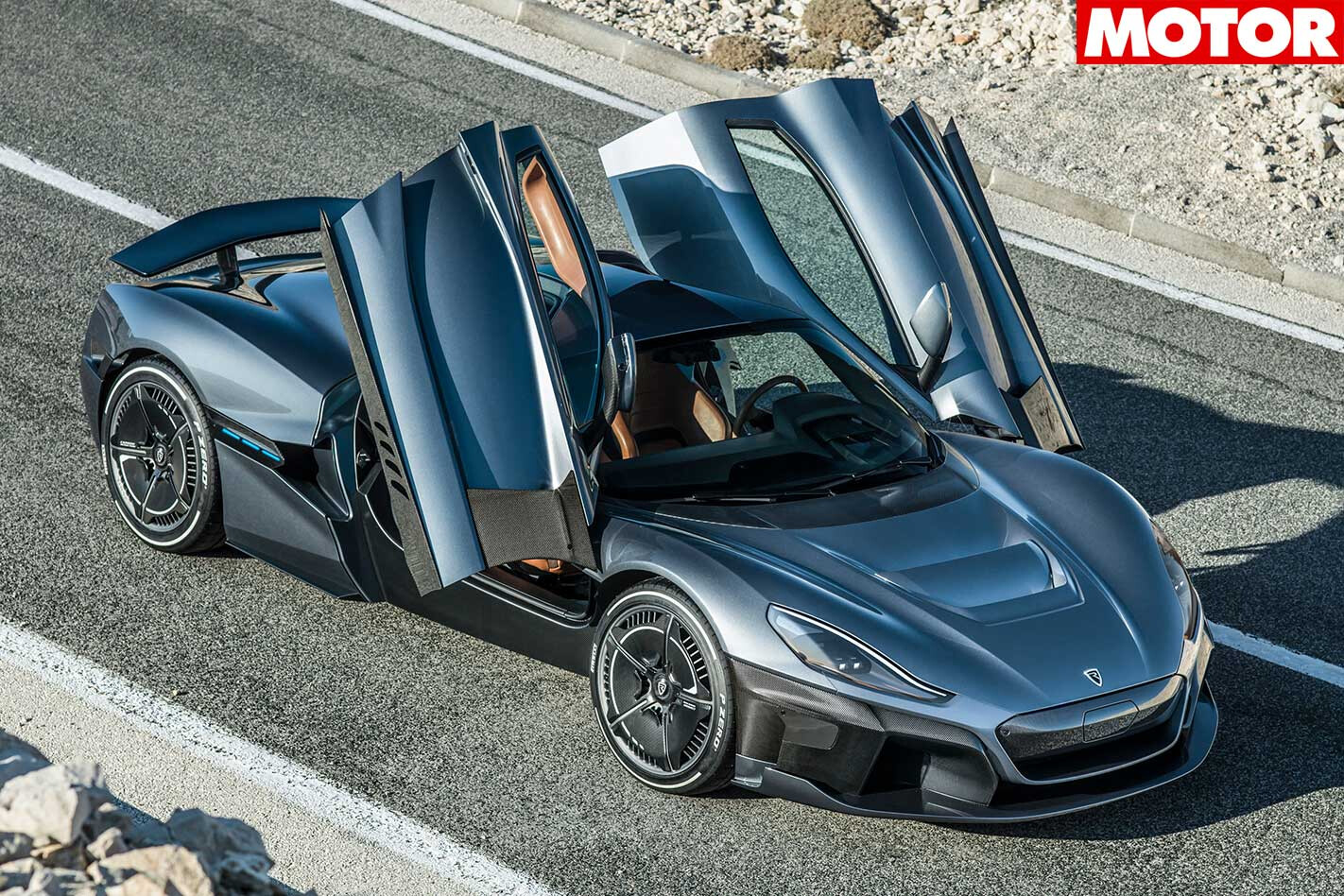 MORE "Electric cars, I was wrong"

“With such power comes responsibility: The C_Two is equipped with the latest braking technology. In addition to a maximum regenerative braking of 150 kW, huge 390mm Brembo CCMR carbon ceramic brake discs and six-piston calipers feature on both the front and rear axles, allowing for fade-free, powerful deceleration.” Rimac adds that specially created Pirellis are found at each wheel to ensure traction.

It also uses facial recognition to allow the car to unlock, rather than a regular key. But one feature it doesn’t mention – perhaps because we were meant to find it ourselves – it the extinguisher.

Rimac recently gained a little bit of publicity after a crash involving one Richard Hammond and its Concept One. Hammond reached the top of a hill climb before sliding off and rolling the car over 100m down the hill. 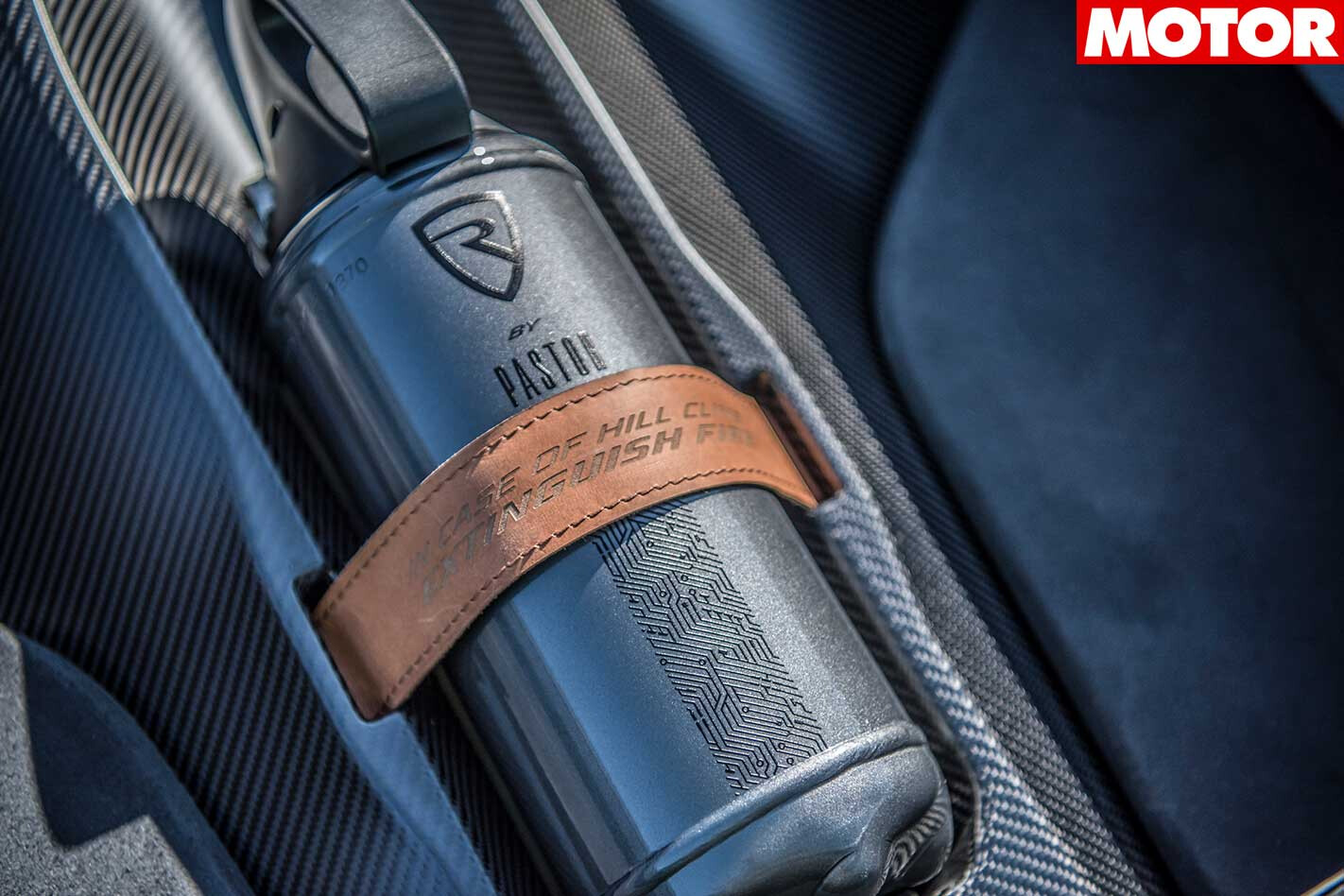 The strap holding the extinguisher in the C Two is imprinted with the words “In case of hill climb, extinguish fire.”

A maximum of 150 C Twos will be built in total.