On the eve of the 2016 Festival of 86 in Canberra, Toyota has sprung a huge surprise with the unveiling of its dramatic new "Shooting Brake" concept of its iconic 86 sports car.

The prototype was conceived and developed by Toyota Australia's product design team and hand-built in Japan under the direction of the global sports car division.

The global premiere of the Toyota 86 Shooting Brake, in the unlikely location of the Sutton Road Driver Training Centre just outside Queanbeyan, is another in a sequence of 86 concepts, satisfying chief engineer Tetsuya Tada’s long-held ambition to eventually create a family of 86-based models. 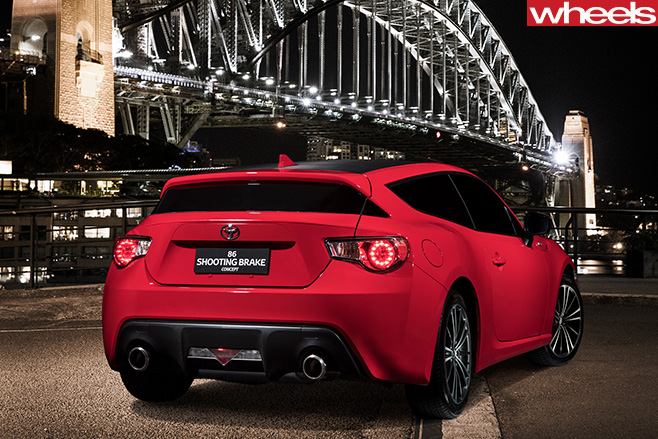 There is no guarantee that the Shooting Brake will head into production – it would have to satisfy a serious business case first.  But Toyota Australia’s chief designer Nicolas Hogios points out that the impressive passion project has made it beyond the pure design study stage into clay and eventually to a full working prototype.  It has also been track tested in Japan.

The shock arrival of the 86 Shooting Brake concept will delight the huge crowd expect at the festival on Saturday.

The Shooting Brake concept, which incorporates a more practical hatch styling to the rear of the popular sporty coupe, adds a unique flavour with more rear head room and luggage space. 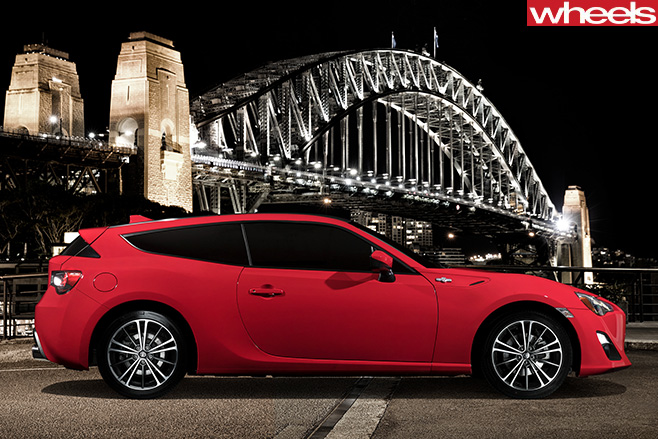 Toyota senses the Shooting Brake concept could be a classy option for active couples or a second car for families who want something different. Track one day; dirty weekend away the next.

Tada-san, usually very protective of his 86 baby, is more than happy with the Shooting Brake look, which he says retains the purity of the original design.

He was inspired to support the project when shown a one-quarter scale clay model during a visit to Australia in November 2014.

"I was totally surprised - and I liked it so much I arranged for my expert takumi prototype craftsmen to hand-build the Shooting Brake concept based on the Australian design," Tada-san said. 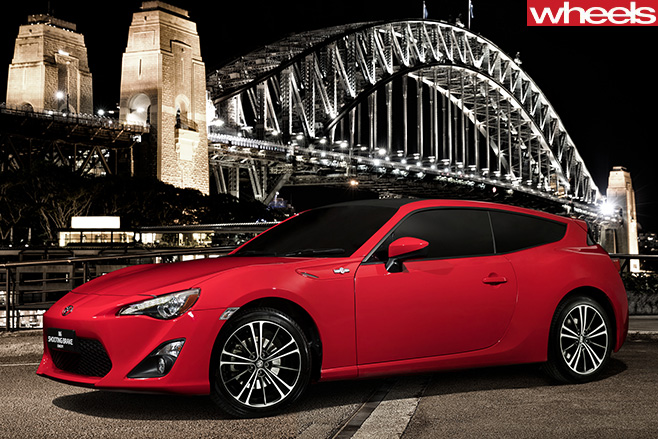 "The concept car is a fully functional, driveable vehicle that has been put through its paces on Toyota test tracks.”

It weighs 39kg more than the coupe on which it is based, with most of the additional mass rearward, actually helping the weight distribution reach an almost ideal 51-49 balance.

"The nicely weighted and direct steering of the 86 ensures the car retains the involving drive experience of the coupe with a slightly more neutral feel in tight corners on a driver's favourite road," Tada said.

Tada-san said Toyota wanted to gauge reaction to the concept, although it was conceived as an internal design study and there were no plans for production.
Production may be a long shot, but Tada suggests its creation is a demonstration of the passion within the automotive giant. 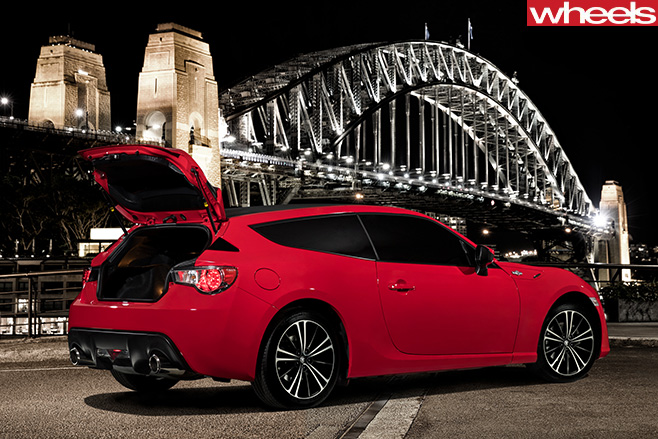 Hogios said his Australian design team engaged in enthusiastic debate about the extent to which they should make changes to the 86 coupe, eventually remodelling only the rear quarter and roof.

"Like kids in a lolly shop, we thought about restyling more of the car,” said Hogious.

“However, like a good parent saying 'no' to too many sweets, we made the conscious decision to keep as much of the original 86 as possible, only changing what was absolutely necessary.

"The silhouette is still sporty, taut and energetic, but it's more practical as it allows the roof to be used to carry surfboards, bikes or storage pods for a weekend away while the larger opening of the new boot enables much easier loading.”