Has the appetite for Brock memorabilia and his HDT road cars started to fade?

PETER Brock is an undisputed motor racing icon. The nine-time Bathurst winner, three-time touring car champion and round Australia rally winner – who died 10 years ago this year – built a rock star following that hasn’t been seen in this country since. His name sold not only Holden cars, but his own ‘Brock’ Commodores, and millions of dollars of merchandise to adoring, often fanatical fans.

Yet last Monday night, two Brock motoring treasures failed to live up to expectations. The one-off 1984 HDT Monza was Brock’s test-bed for a two-door Commodore, and was loaded with advancements that included independent rear suspension – something that wouldn’t become available in a regular Commodore until the 1991 VP model. At the Shannon’s Auction in Sydney, though, it failed to reach the $120,000 it was expected to and was passed in.

Similarly, an Alpine White VK SS Group III of the same vintage – that was also Brock’s personal car for a time – was on offer, and while it did attract a buyer, its $81,000 sale price was at the bottom end of estimates. This at the same auction where a replica XY Falcon GT (in fact a Fairmont) sold for $63k, and a restored HSV VL SS Group A Walkinshaw – a car that was unsaleable when it first went in sale in 1988 – fetched $81,000.

It’s worth remembering that Brock’s last Bathurst 1000 win was 1987 – 30 years ago next year. And as the tenth anniversary of his tragic death approaches, there are more and more people who’ve never seen Brock in his heyday, or racing at all.

So is Australia’s love affair with Brock over? Has a generational shift meant that the Brock name no longer holds the lustre of the past, even if his achievements haven’t changed? 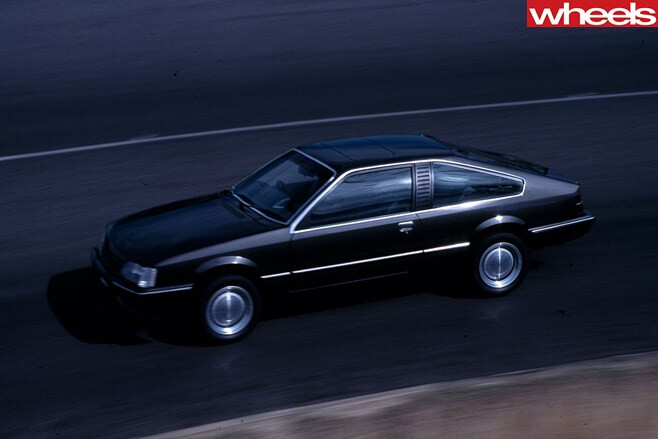 “I don’t think so,” says Christophe Boribon, National Auctions Manager for Shannons, who says that having both Brock cars at the auction shows interest is still there for the right buyer. In terms of the VK’s $81,000 sale, Boribon says: “You have to think of it this way: what’s a normal Group III worth - $30-40K? So I think that’s good money for it.”

The Monza is a special case, and Boribon says the fact that it was passed in is not a case of a decline in the ‘Brock factor’. “When you were watching Bathurst in 1984 or ’85, you didn’t see an Opel Monza [racing],” he says. “That car doesn’t have the racing heritage that most Brock buyers are looking for – in fact, most Australians won’t be able to tell you what it is.” Brock’s name will be up in lights when Ten’s mini-series on the touring car legend airs later this year, coinciding with the 10 year anniversary of that fateful accident in 2006. That may rekindle his name, but it’s unlikely to have any lasting effect.

Boribon doesn’t dispute that the Brock name won’t pull in collectors forever and will eventually fade, but the show’s not over yet in his opinion. “I agree that the next generation may not see as much value in the Brock name, but that’s still probably 10 or 15 years away.”